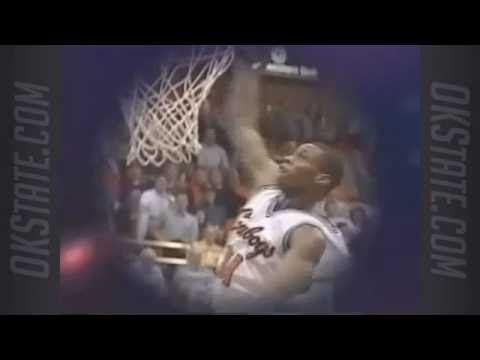 When I first saw the tweet: “Desmond Mason’s career OSU highlight video” with a link I just started wildly clicking my mouse all over the screen trying to get to YouTube as fast as I could. Then I got there and watched it and I have to say I was a hint disappointed.

It’s not that the video is bad (it’s the opposite of bad, really) but it only shows slight variations of like 3 dunks he did while at OSU and the video makes it look like OSU only played two teams for the entirety of his career. Where’s the oops against KU? Where’s the NCAA Tournament footage? Senior night with dad?

I can’t complain too much because the athletic dept. has done a terrific job of getting videos out on their YouTube page, but I’m left wanting more.

Except for Glendon going through the legs to him for the hammer against KU…that’s nice.