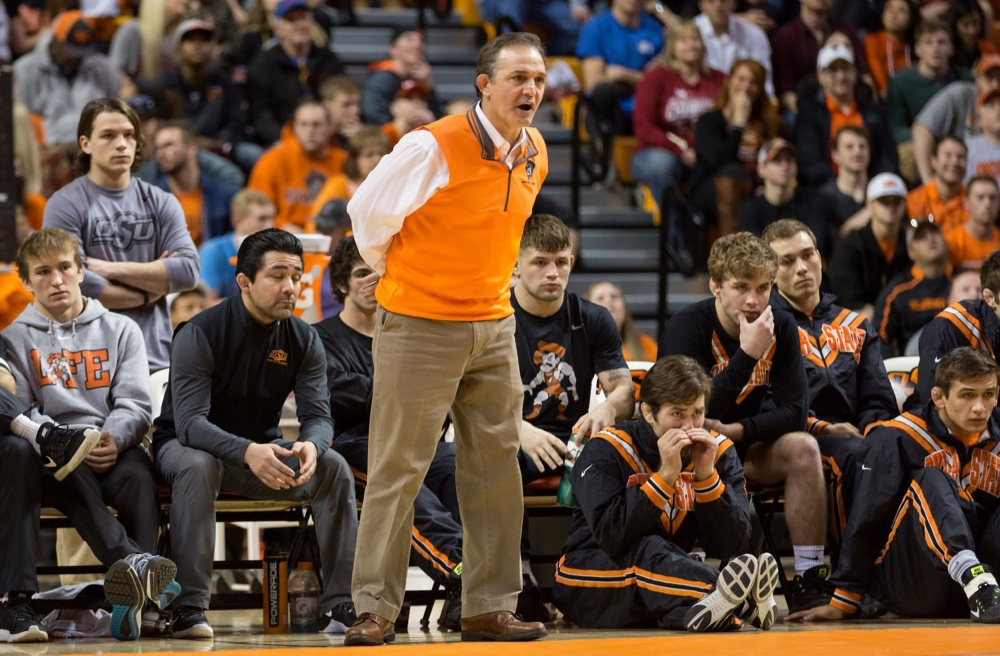 It was March 4, 1978, in Gallagher Hall for the Big 8 Wrestling Championships, and the Cowboys needed an upset to win.

Oklahoma State 190-pounder Daryl Monasmith had to beat Frank Santana, the reigning NCAA champion from Iowa State, and when he did, the crowd cheered for almost 10 straight minutes. The towel boy that night, the 13-year-old who tapped the referee on the back at the end of every period, was current coach John Smith.

“If you ever watch that video, I look just a little bit biased,” Smith said. “I’m jumping around. I don’t think you could probably do that today.”

Smith grew up in Del City with a guy who coaches football at OSU now, so Smith has seen his share of wrestling lore in Oklahoma. He said having the Big 12 Championships in Tulsa is special, but he wants more.

“Tulsa’s committed to their sports,” Smith said. “They’ve committed to wrestling in trying to put on a great show for the Big 12 Championships, and hopefully the nation will see that and we’ll have an opportunity to have the NCAA Championships.”

Smith has been at the forefront of wrestling lobbyists with the Big 12 and the NCAA. He fought for conference expansion for wrestling and got it. He pushed for the Big 12 Championships to be held in Tulsa and got that, too. He argued that the national championships should be decided in a dual meet format and believes it will happen. Now, he wants the national titles to be handed out in his backyard.

If the NCAA Championships, which is in St. Louis this year, is held in Tulsa, it will be the fourth city in Oklahoma to host. It was in OKC in 2014 and 2006, and the University of Oklahoma and OSU have hosted or co-hosted nine times.

“It’d be a great thing to see it go to the east side of the state,” Smith said. “If they get it, I think people will have a great experience and want to come back.”