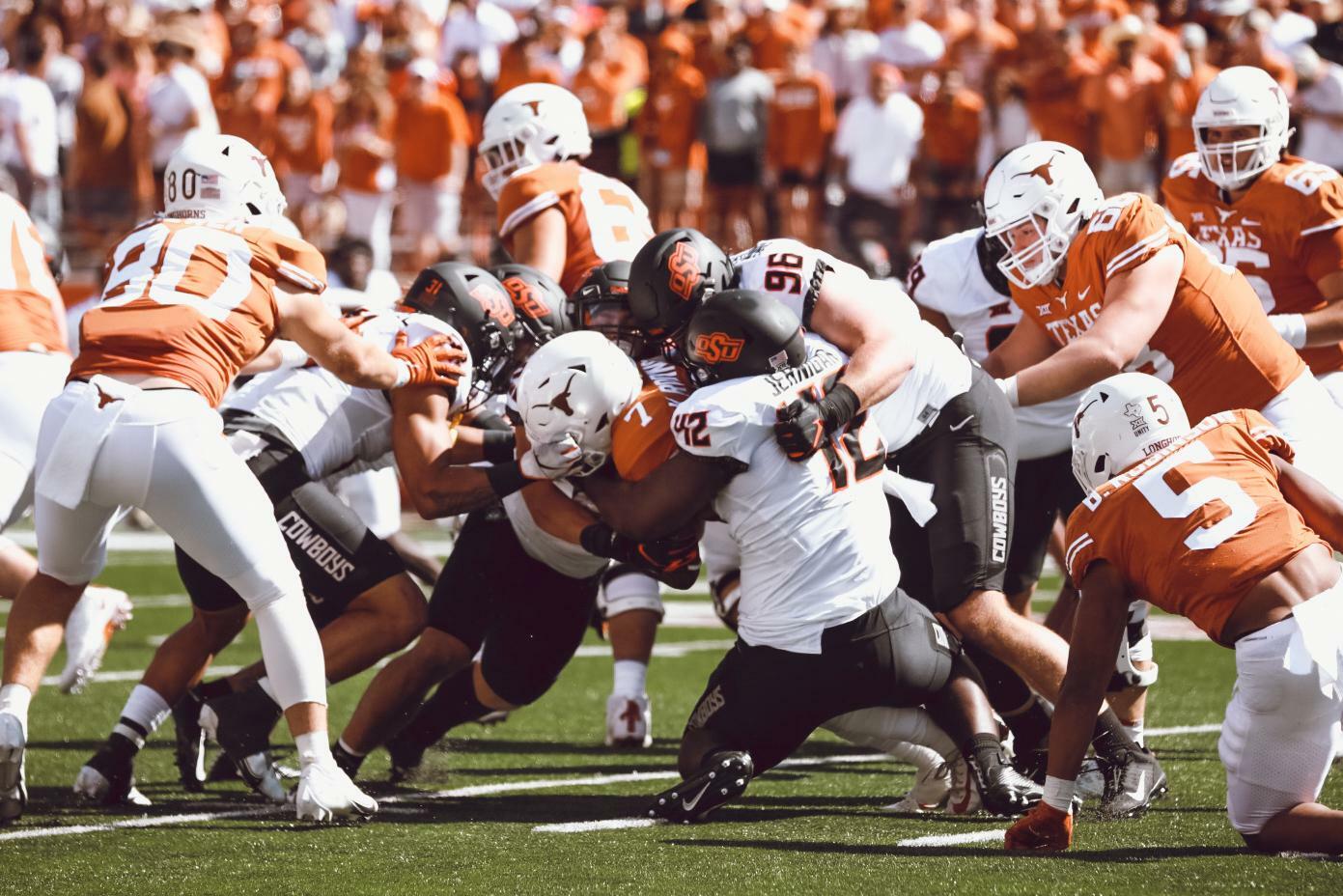 OSU trailed by double digits on more than one occasion on Saturday against No. 25 Texas in Austin, but the Cowboys staged a furious comeback late to win 32-24 behind a strong defensive effort in the second half and another huge showing from running back Jaylen Warren.

The win moves OSU to 6-0 on the season and marks the first time in program history it has defeated ranked opponents in three consecutive outings. So, predictably, OSU Twitter had a field day after the W, which will likely move OSU into the top 10 of the rankings next week after starting the season unranked.

Tay Martin had a couple of big catch opportunities in the first quarter (one in the end zone) but couldn’t reel either in.

I have no idea what’s going on here but I’m very much here for the broken horn.

Jason Taylor’s pick-6 kept the Cowboys in and provided some much-needed momentum.