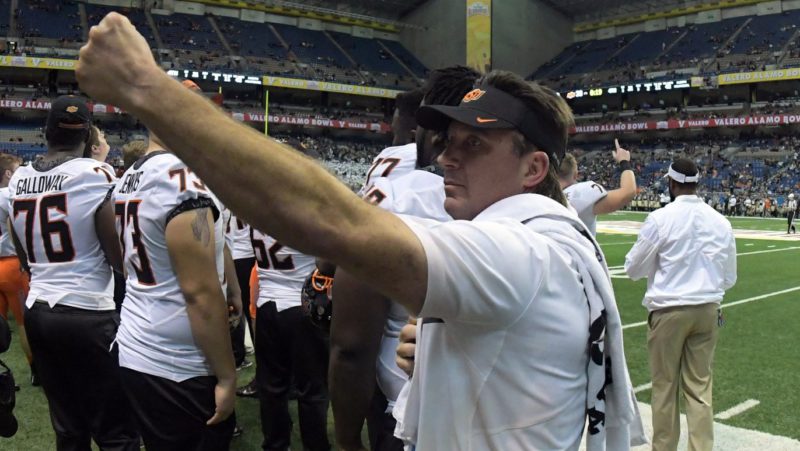 Mike Gundy set social media ablaze with a couple of well-done promos for the upcoming Sunday showdown between No. 1 OSU and No. 2 Penn State.

You know with something this golden, there would be some great social media reactions.

NEW EDSBS! Mike Gundy is the most local man to ever local (in a singlet.) https://t.co/PgCg52aw10 pic.twitter.com/0DUjbHuTTF

Of course former assistant to Gundy and longtime friend Todd Monken had to throw his hat in the ring.

I've seen the mullet and the big daddy mug before but what about the gun show! Pistols Firing! pic.twitter.com/64clsWp9QG

Carson did a great series here.

"Wanna know how I got these scars?" #okstate pic.twitter.com/BbyVXaF5v0

Even Gundy’s own had some fun at his expense.

Before moving to Oklahoma, this is exactly what I always assumed Oklahoma was like. https://t.co/2W5LmDId2T

Mullet, singlet, and 'Big Daddy' mug… Coach Gundy is such a man.

Mike Gundy is having a career year… https://t.co/Is3llo6oa7

.@OSUAthletics Pay Mike Gundy. Idc what you pay him, pay him more

I personally love that Gundy does stuff like this. The face of the university can poke fun at himself for a 10-year old viral video, can rock a mullet with a straight face for a year and now he can where a singlet to show support for OSU wrestling.