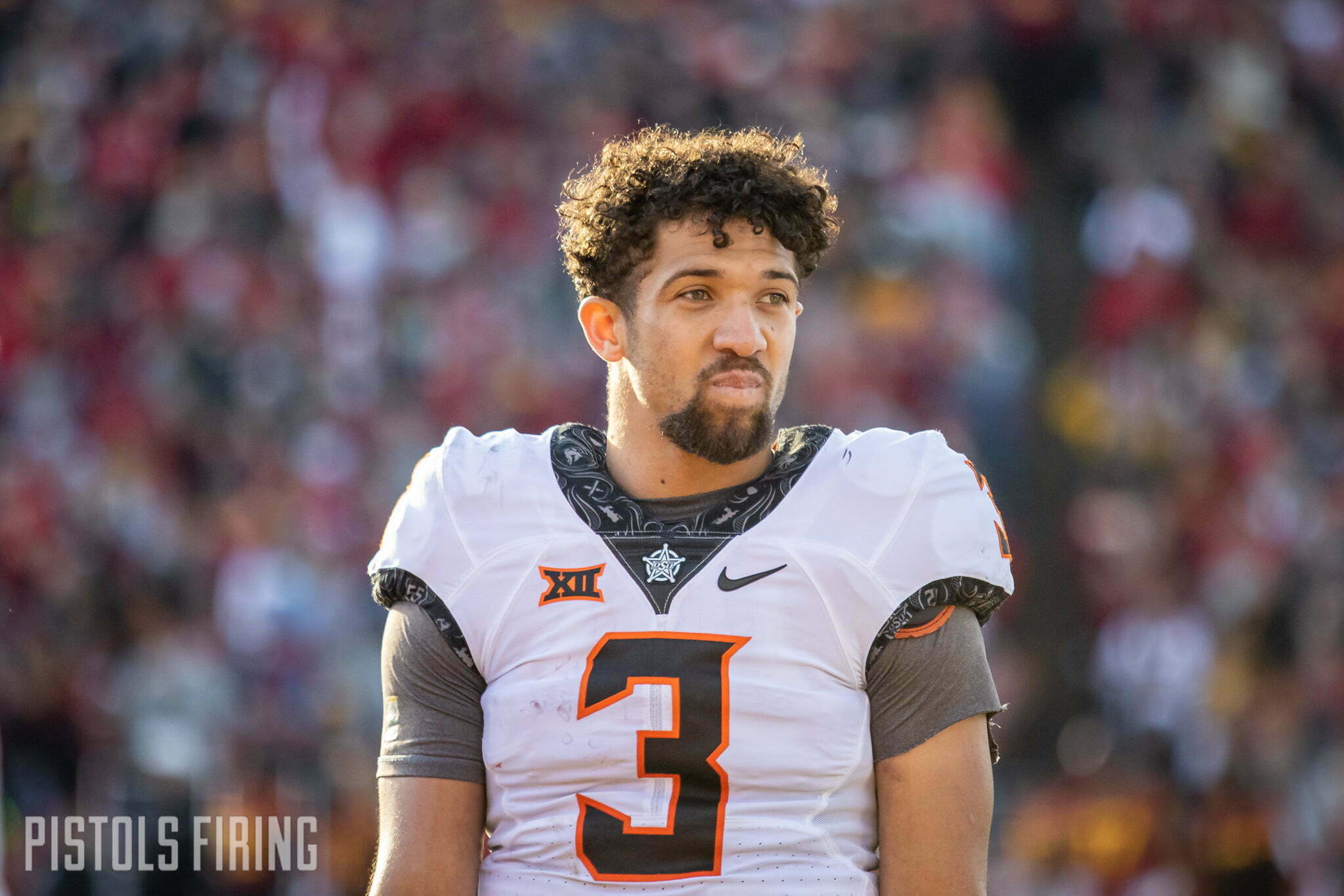 Another day, another national watch list for Spencer Sanders.

Entering his fourth season as the Cowboys’ starter, Spencer Sanders has thrown for 6,911 yards and 50 touchdowns in his career thus far. He had a career year in 2021, leading the Cowboys to a Fiesta Bowl win while throwing for 2,839 yards, running for 668 yards and scoring 26 total TDs.

Sanders has 24 wins as a starting quarterback, eight away from Mason Rudolph’s program record of 32.

“Spencer is very relaxed now,” OSU coach Mike Gundy said last week at Big 12 Media Days. “I watched him a little bit today, he’s very confident in himself. He’s been around five years — maturity, you get better at doing the things. I think that it’s human nature for players, they’re performers. They want the fans, they want the media to think that they’re doing a good job, and I think that he’s starting to get a little credit for what he’s accomplished, and I think that’s helped him with his comfort.”

The Maxwell Award named Sanders to its preseason watch list Monday, and OSU’s gunslinger was named to the All-Big 12 Preseason Team earlier this month.

The Davey O’Brien will announce 16 semifinalists Nov. 8 before cutting that list to three finalists Nov. 21. The award winner will be announced Dec. 8 during the college football awards show on ESPN.