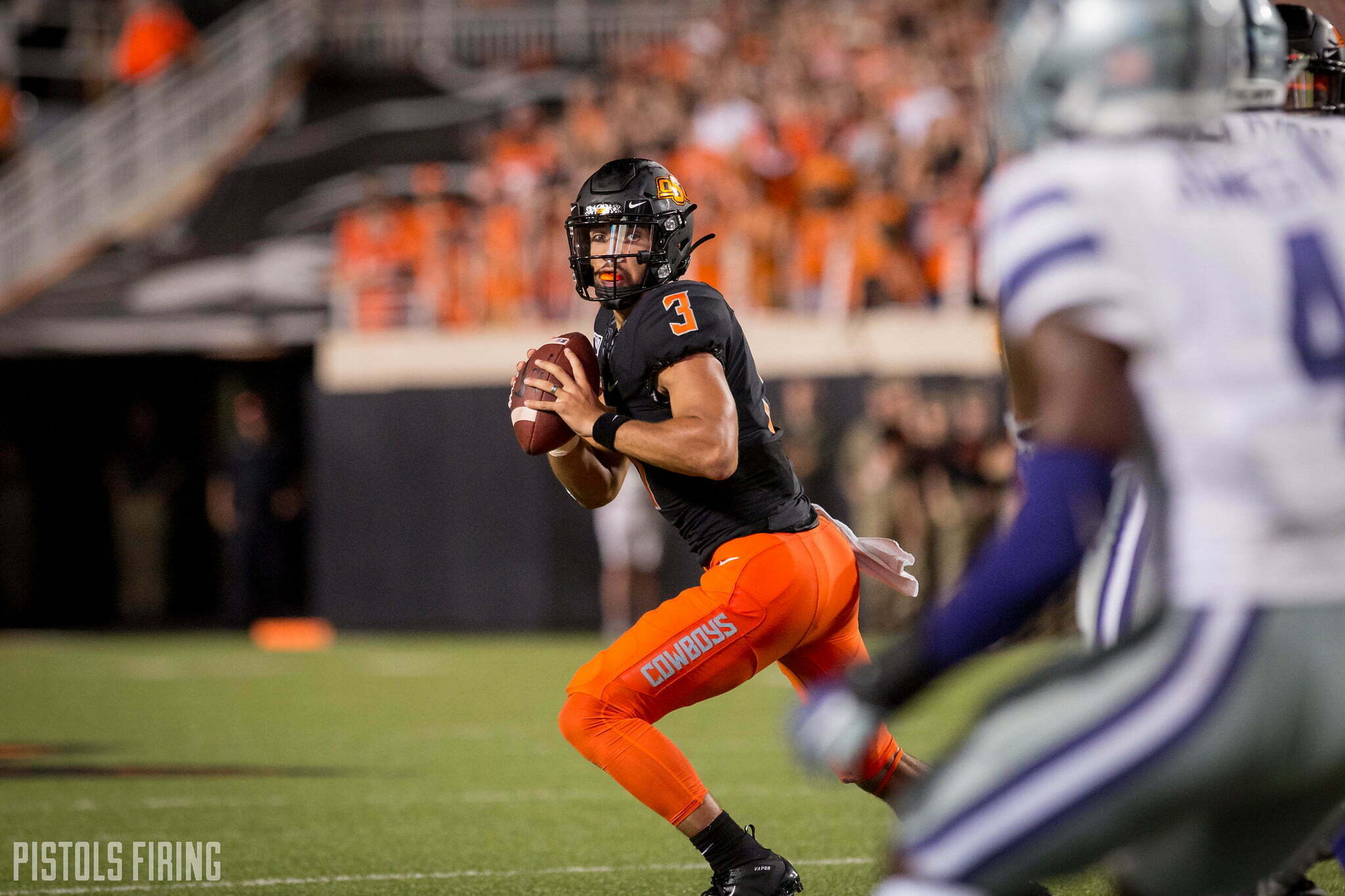 Sanders led the conference in total offense and total offense per game in 2021. He has 24 wins as the starting QB at Oklahoma State. He needs only eight more to tie Mason Rudolph (!) for the most wins as a starting QB in school history.

Oliver’s inclusion marks the full star turn that took place as a freshman last season and gives him the recognition he deserves as one of the most lethal pass-rushers in college football. He was a unanimous selection for Big 12 Freshman Defensive Player of the Year and Freshman All-America honors in 2021, ranking seventh in FBS with 11.5 sacks — which set an OSU freshman record.

Taylor has for years been one of the most impactful defensive playmakers on OSU’s roster. He enters the 2022 season a redshirt senior primed to take over as one of the leaders on a defense that lost a multitude of weapons in the offseason. His 14 career starts rank as the most among non defensive line players entering next season, and his three career non-offensive touchdowns rank fifth among all active FBS players.