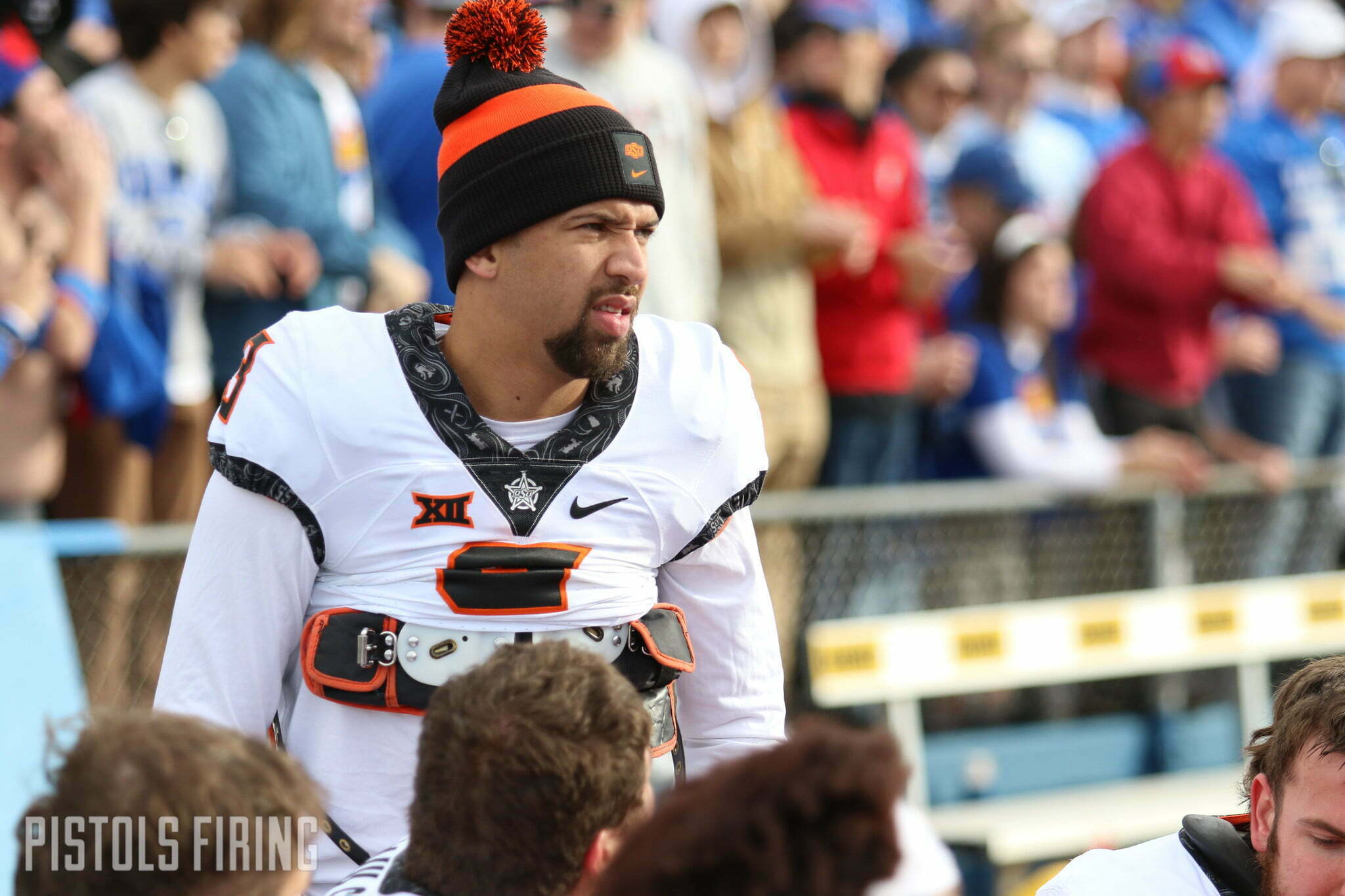 Spencer Sanders has the not-so-common opportunity to finish his career with a winning record against Oklahoma, and he’s not going to miss it.

Sanders did not start Oklahoma State’s comeback win over Iowa State, but he finished it. After being ruled out for the second consecutive game since injuring his shoulder three weeks prior against Kansas State, Sanders stood on the sideline and watched his offense sputter — for the second-straight game.

He did not take part in warmups but at some point in the game told quarterbacks coach Tim Rattay that if he was needed he would go in. He was and he did.

Entering at the end of the third quarter down 14-10, Sanders led the Cowboys on a touchdown drive on his second possession and then on another scoring drive in the middle of the fourth quarter. In five drives, he went 9-of-13 for 84 yards and a touchdown.

The Cowboys were limited with redshirt freshman Gunnar Gundy taking snaps, just like they were with true freshman Garret Rangel last week. Behind the fourth-year starter who claims (as well as Mike Gundy) that he knows the offense like the back of his hand, OSU looked like the fast-tempo, well-oiled machine that spent much of the September and October in the Top 10.

Donning an icepack on his shoulder and deflecting credit to his teammates, Sanders was asked after the win about his status for the trip to Norman next Saturday. He made it clear. He’s playing.

After Sanders missed the Kansas loss, there was speculation outside the program that the all-conference QB might shut it down and get healthy for next year’s NFL Draft. He set the record straight on that front, as well.

The last two losses with Sanders on the bench have been major knocks to the Cowboys’ chances of getting back to the Big 12 Championship in Arlington. But with two games remaining and at least a bowl, a 10-win season is still up for grabs. The first obstacle? A hapless Oklahoma team that just dropped its second-straight loss and sits at 5-5 needing a win over the Cowboys in Norman to ensure bowl eligibility.

Sanders was asked if the state of the Sooners took any sheen off of the rivalry game and he said no.

If Sanders and OSU take home a win from Norman next week, he’ll be one of the few Oklahoma State quarterbacks to earn multiple wins against the Sooners.

Tony Lindsay went 2-1 against the Sooners during his tenure in Stillwater, making him technically the only OSU quarterback with starting winning record in Bedlam. Josh Fields won two games against OU but his the first he came off the bench for Aso Pogi who started 2001 Bedlam 2-for-9 with two interceptions. That