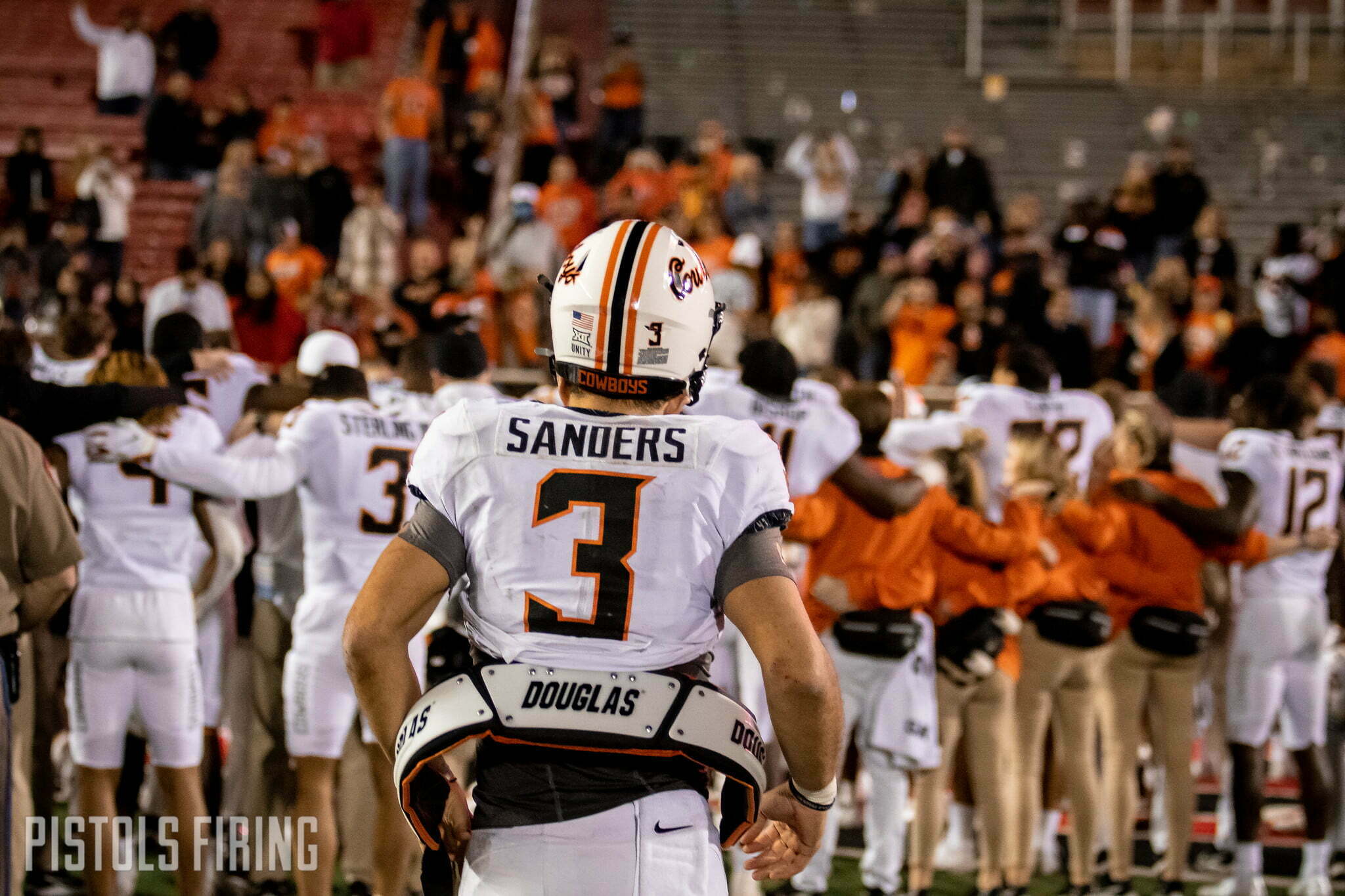 Four-year starting QB Spencer Sanders is officially set to leave the program and is headed to Ole Miss, he told ESPN on Thursday. Sanders announced in December that he was entering the transfer portal and took more than a month weighing options before deciding on his next stop. He also considered Auburn, according to ESPN.

Sanders in December announced his transfer decision and did so “with a heavy heart,” he said, ending what was an illustrious four-year career with the Cowboys. In that span he accounted for 85 career TDs and 9,553 yards passing. He leaves the program second on the all-time list in passing yards behind only Mason Rudolph, third on the all-time touchdown passes list behind Rudolph and Brandon Weeden and third in total touchdowns responsible for all-time behind Rudolph and Zac Robinson.

Curiously, Sanders enters the mix at Ole Miss in a situation where he is no lock to be the starter upon arrival. The program brings back prolific starter Jaxson Dart and also recently added another QB from the portal in LSU transfer Walker Howard, a former top-40 recruit who Rivals rated as a five-star talent.

For OSU it provides closure if nothing else to a memorable chapter in program history as it officially moves forward with four QBs for 2023: Garret Rangel, Gunnar Gundy, Michigan transfer Alan Bowman and incoming freshman Zane Flores. Rangel played in four games as a true freshman this past season including a few starts culminating with the bowl game, but the Day One starter for next season could be any of the aforementioned four with Sanders out of the mix.