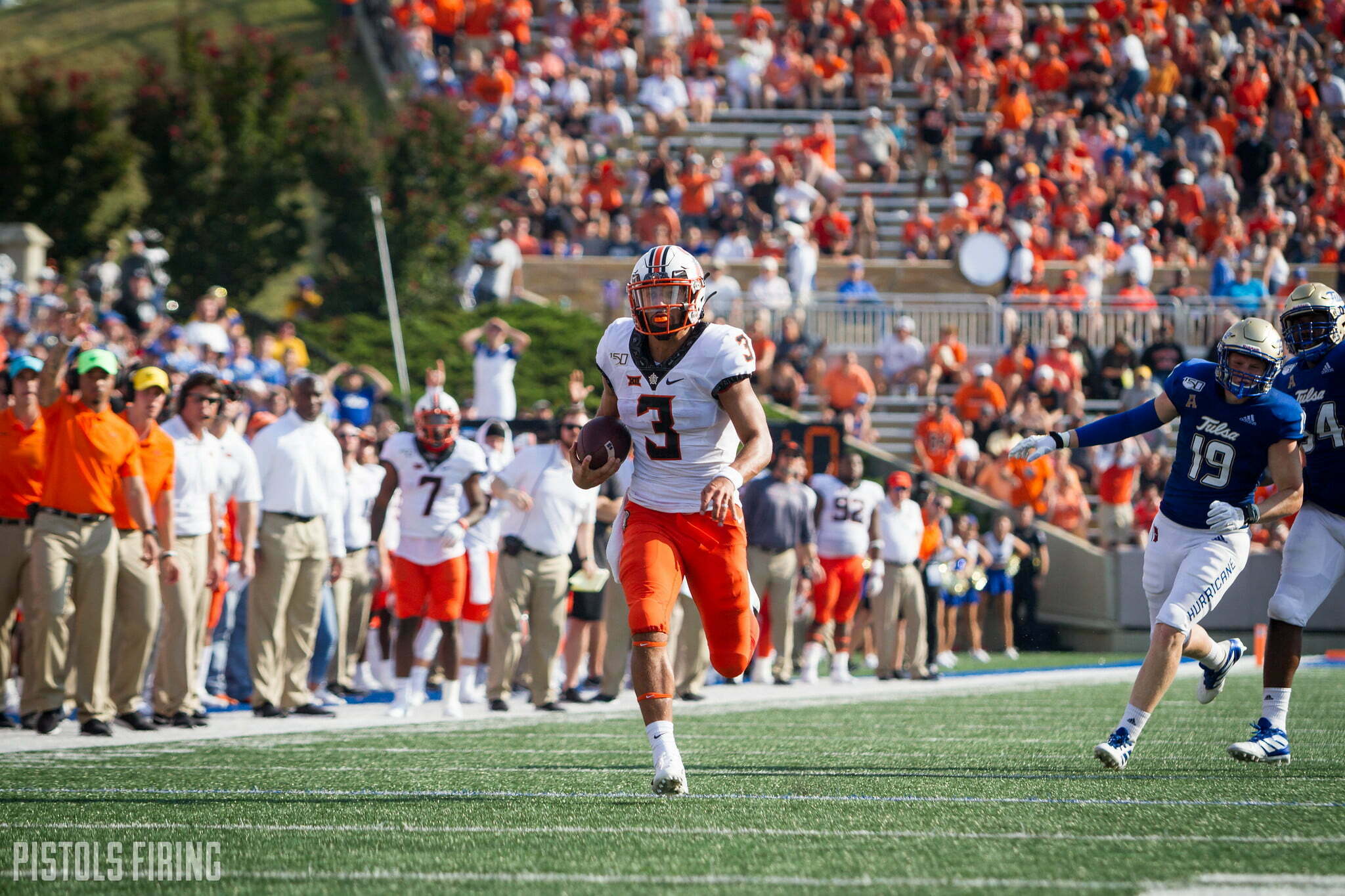 STILLWATER — In a visit during his junior year of high school, Spencer Sanders visited the weekend Oklahoma State hosted Texas.

Sanders watched the Cowboys win 49-31. He watched Mason Rudolph throw for 392 yards and three touchdowns. And he committed to Oklahoma State.

I am blessed to announce that I have committed to Oklahoma State University, an couldn't have done it without my family an coaches.#GoPokes pic.twitter.com/7l5y3bv3w3

That was Charlie Strong’s last season with the Longhorns. When Tom Herman was hired, Sanders said Herman and UT offensive coordinator Tim Beck visited him at his school.

“I had a very interesting talk with Tom Herman,” Sanders said. “I basically got the … I don’t know if I want to say that on social media. I’ll put it this way: I had an offer and I didn’t have an offer at the same time.

“I said, ‘Hey, I’m committed to Oklahoma State. I don’t have any interest anywhere else. They said, ‘That’s fine. We respect that,’ and they went about their business.”

Herman brought a solid coaching background to Texas. He had come off a 9-3 season at Houston, knocking off No. 3 Oklahoma and No. 3 Louisville in the same season.

Despite being Mr. Texas Football in high school, Sanders didn’t get an actual offer from the Longhorns. Sanders said he didn’t go to Texas’ camps in high school because he “wasn’t really interested in Texas.”

Instead he said he prioritized schools that showed interest in him. He said he went to camps at TCU and SMU.

Sanders said he didn’t have a lot of UT fans in his family, but some of his friends from high school are. He said he’ll talk some smack with them, but it will all be fun and games. Saturday will be Sanders’ first time playing in the Lone Star State since his high school days.

“If you’re not nervous, then I take it as you’re not really ready to play, you don’t really care,” Sanders said. “I’ll probably be a little nervous, but I’m just gonna go out there and play, and we’re gonna do what we know how to do.”