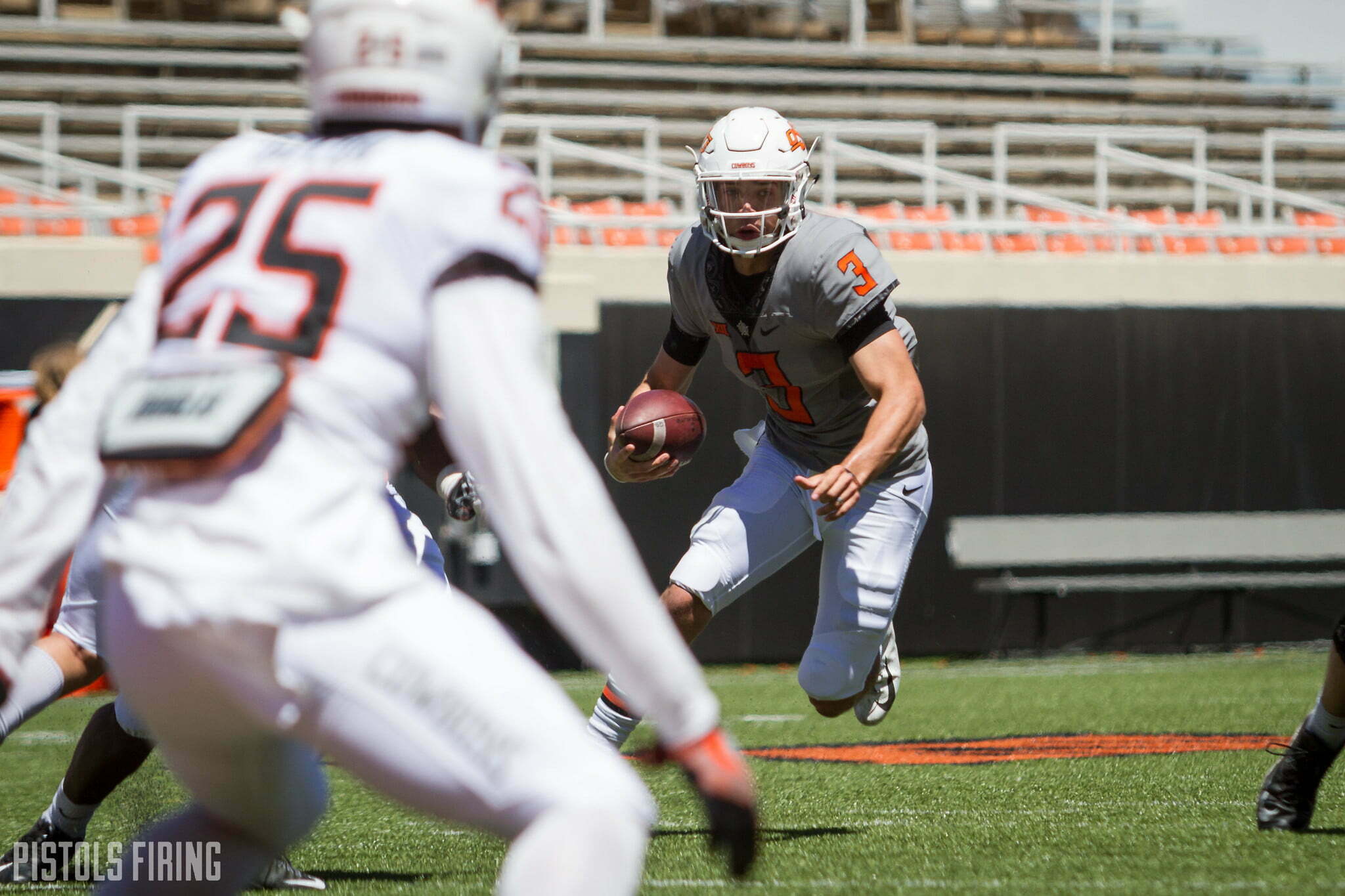 Spencer Sanders will at some point be the starting quarterback for Oklahoma State. Betting against that statement would not be advisable or financially responsible.

We discussed this more in-depth on our forum where I dropped some nuggets (you can sign up here), but I talked to multiple sources last week who all essentially said the same thing: Spencer Sanders is more talented than Dru Brown and his ceiling as a quarterback is much higher.

Brown is what he is, that makes sense for somebody in his  fifth year of college football. Sanders is making forward progress into what he becomes. What we’re left with, logically, is a situation in which Sanders eventually overtakes Brown as the starter.

In talking to multiple sources, this is the best depiction of what’s happening right now that I could come up with. 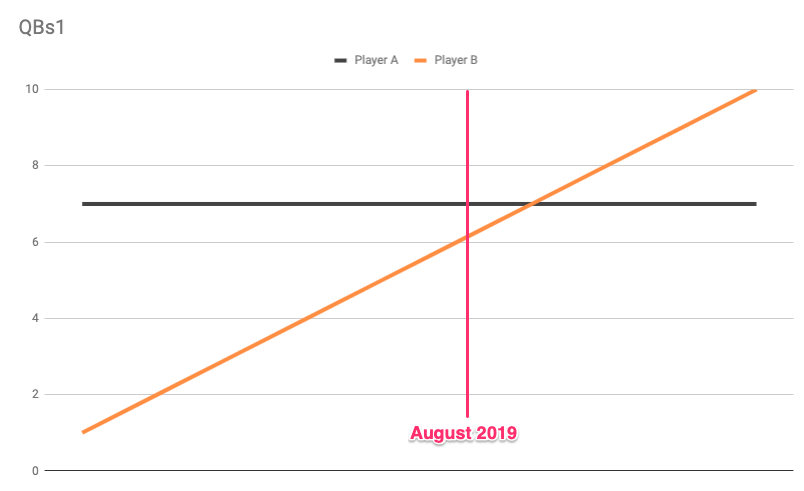 The complex (and possibly ironic) part about all of this is that to reach his max potential, Sanders needs to play. But he won’t play unless he clearly surpasses Brown. Or he’ll play half the time … or something.

Regardless, Gundy has handled everything pretty interestingly this fall. He has flat-out said throughout fall camp that both guys are going to play, and the only question mark is whether he views this as a long-term solution. Here’s what he said on Tuesday.

“Both of them are doing really well,” said Gundy. “If we were to play this week, we’d play both guys. We don’t have to make that decision until next week. This discussion is taking place, but we aren’t sure yet. We are still evaluating and trying to do what’s best.”

While I disagree with Gundy’s stance (one of many stances I disagree with), I understand it. Here’s what I think he’s done right and done wrong regarding all of this.

What Gundy’s done right: Using the easy three-game open as an extended tryout of sorts for Brown and Senders. Gundy’s all about playing with the lights on, and this serves as a low-stress way to do it. If things start spiraling, give it to Chuba 55 times and get to Texas at 3-0.

What Gundy’s done wrong: Leaving the full year open-ended. Maybe I’m simply misinterpreting, but Bill Haisten isn’t wrong about much, and he recently insinuated that both QBs could (and maybe even would) play all season. This is inadvisable. Nobody considers this a good idea, and I think Gundy should have curtailed talk of it by setting up the first three games as a de facto tryout for the job (maybe he has behind the scenes).

What makes more sense is setting an end-of-non-con ultimatum and saying if Sanders hasn’t usurped Brown by that point, then you ride Brown. Otherwise you’re setting yourself up for a messy situation come conference play.

Multiple sources told me that Sanders has been galloping over the last few weeks. Literally and figuratively. While Gundy has noted that they’re very similar quarterbacks, it seems that Brown can keep plays alive with his feet while Sanders can get them to the house. There’s an electricity to Sanders that could be the difference, and the scenario for him taking the reins heading into Austin is about as perfect as he could ask for.

Right now, though, after talking to several folks, it seems that Brown is maybe a half-beat quicker on some of his reads and more experienced (obviously) in how he handles the team. These are traits that you could seemingly eke out of Sanders in three non-conference games, but that he might not get the opportunity to work on completely if he’s only taking 35 snaps.

That’s the frustrating part for me. Sanders’ inadequacies are inadequacies that can be erased with more reps and more game-like situations. The very thing Gundy seems intent on keeping him from.

There are no questions from my sources about who is the better QB here. No questions over who has more game, more talent, more arm and more upside. Gundy is stubborn though, and while for the second straight season there’s no question about who the future is, the present remains ambiguous.