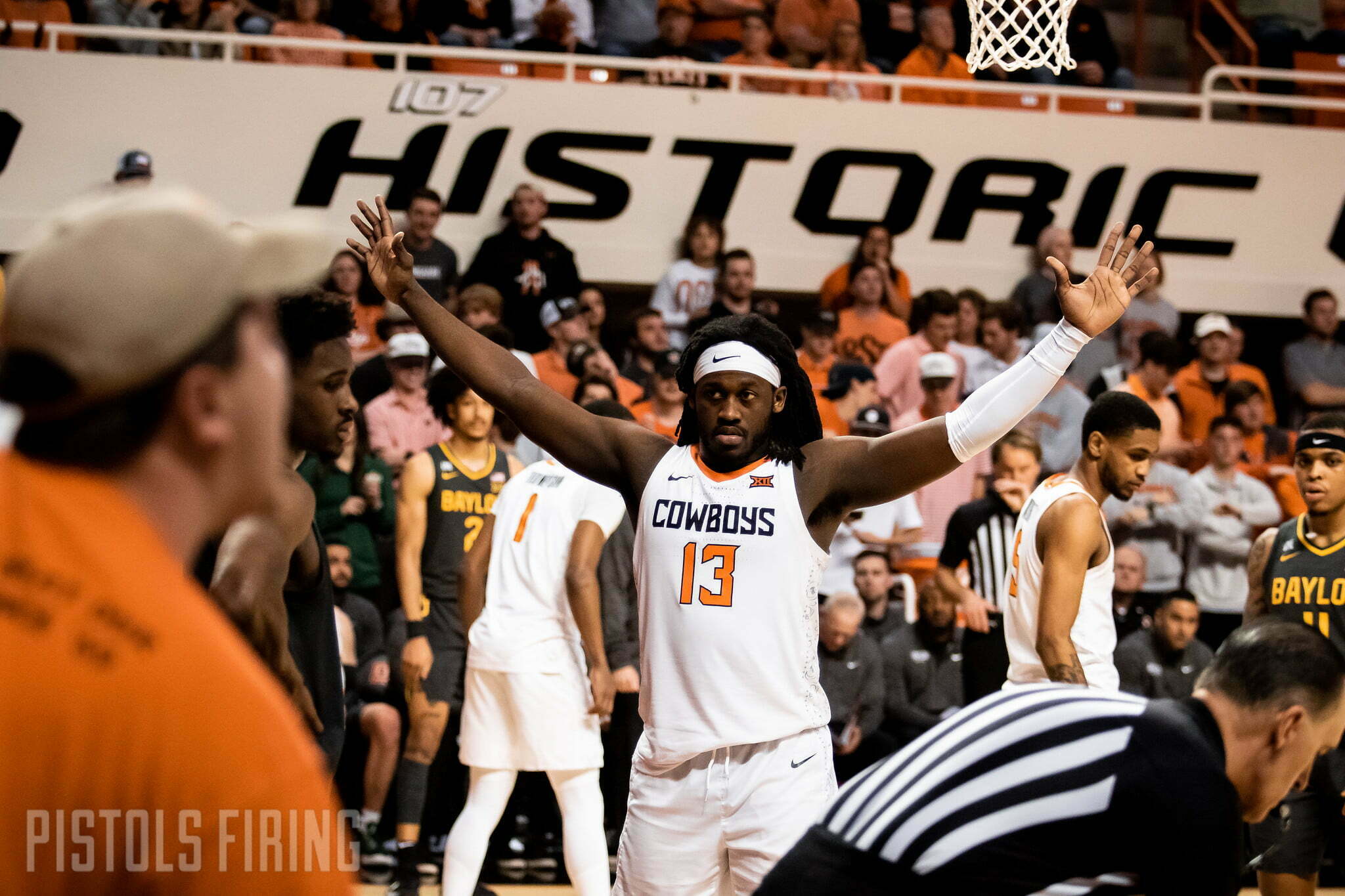 Isaac Likekele and Mike Boynton both need the same thing, but they somewhat tragically can’t accomplish that together.

After four seasons at Oklahoma State, Likekele announced his intentions to enter the transfer portal Tuesday. Statistically, Likekele had an outstanding career as a Cowboy. He is the first player in program history to have 1,000 points, 600 rebounds and 400 assists. He was a stable force for a team that had little stability over Likekele’s time in Stillwater, but him and OSU splitting is probably better for both parties, as hard as it might be.

Likekele, like OSU, needs floor spacing. The Cowboys shot a Big 12-worst 29.5% from 3-point range this past season. That often led to Likekele, a slashing playmaker, being muffled on the offensive end as opposing teams were able to crowd the lane because of a lack of 3-point threats.

It’s a weak spot OSU coach Mike Boynton has said he wants to address this offseason, but with limited scholarships available (especially because of the NCAA sanctions), it’s hard to imagine a complete overhaul in that department while still being able to fit in Likekele, a career 28% 3-point shooter.

So, Likekele would probably be best on a team where he can drive and kick to 3-point bombers, and OSU would be best grabbing a few 3-point bombers out of the transfer portal. A portion of the OSU fanbase is going to be happy to see Likekele leave because of his shooting ability, but it’s going to be hard to imagine some really good teams out there are going to pass on a 6-foot-5, long, playmaking point guard who can lock down an opponent’s best player.

This has the potential to turn into a Brady Manek-esque situation. Some Oklahoma fans started souring on Manek late in his Sooners career just for Manek to hit the portal, transfer to North Carolina and start in the national championship game. Likekele is going to find a fit somewhere, and he is going to look great when that happens. That fit just isn’t at Oklahoma State right now.

In 10, 15 or 20 years when OSU players are updating record books, OSU fans are going to be surprised Likekele’s name keeps popping up. No, the team didn’t win a lot while Likekele was on campus, but it’s crazy to think what some of those teams would’ve looked like had Likekele not been on them.

He started as OSU’s point guard right when he stepped on campus. The other options his freshman season where Michael Weathers, who was dismissed from the squad after a pair of run ins with the law, and Mike Cunningham, who left the team midseason.

Likekele’s sophomore year brought Avery Anderson, who was able to handle some point guard duties, but Anderson averaged 1.4 assists to 1.8 turnovers that season (an area Anderson is still trying to improve). Likekele averaged 4.5 assists to 2.8 turnovers.

Then in Likekele’s junior year, Cade Cunningham took over the point guard role. But, Likekele was malleable enough to find ways to still be productive. That season he averaged 9.1 points, 6.6 rebounds (a career-high) and 3.6 assists.

In the 114 games Likekele played as a Poke, he started 110 times. He was a point guard. He was a power forward. He was a defensive stopper. He was a team leader. This split might be good for Likekele and the Cowboys at this wrinkle in time, but there is no denying just how good Likekele was in his four seasons in Stillwater.