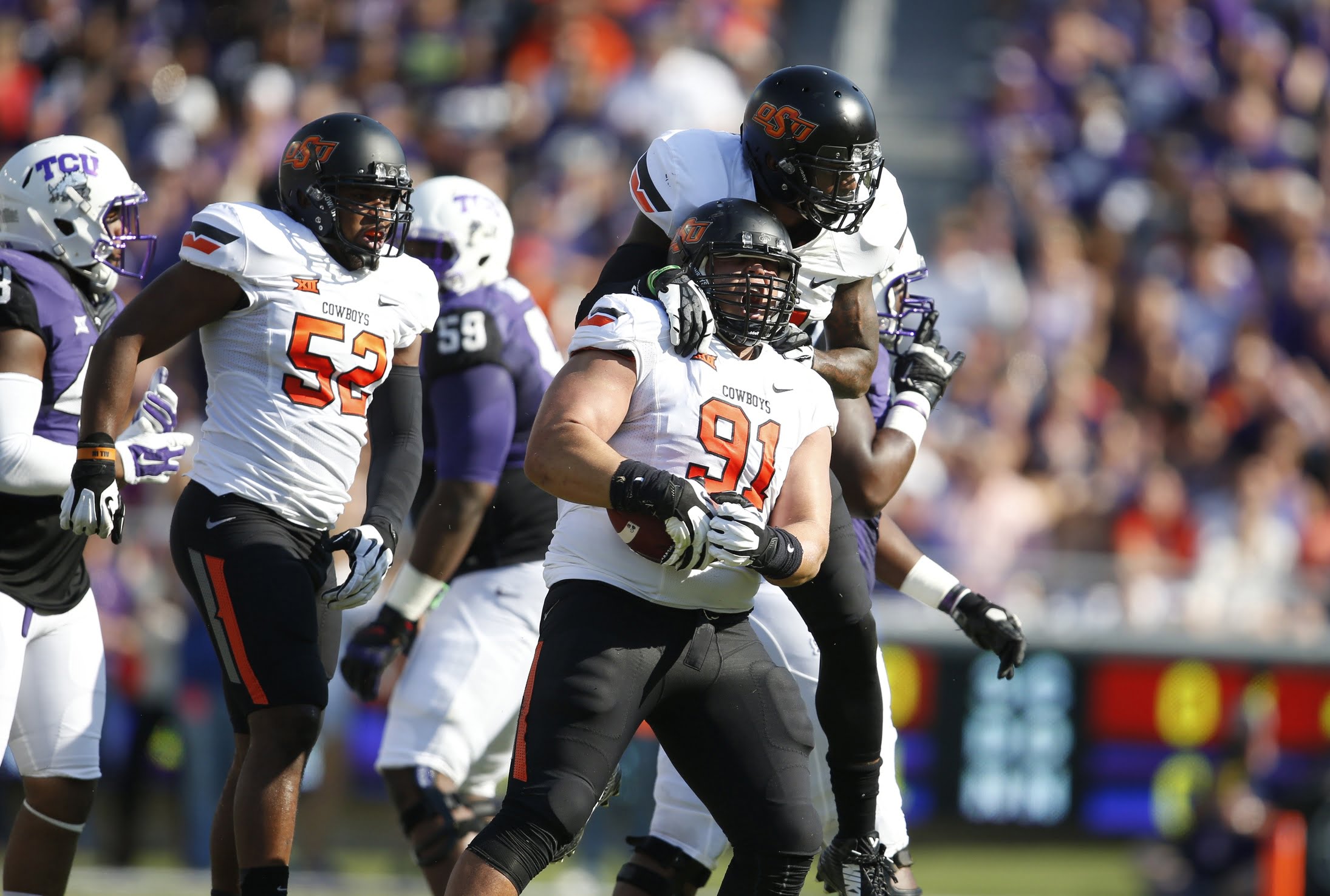 How much money did James Castleman get for his interception on Saturday? (USATSI)

On Tuesday OSU was mostly acquitted of the wrongdoing Sports Illustrated alleged in its five-part series from the fall of 2013.

Sports Illustrated has responded to the NCAA’s findings with a typically self-aggrandizing statement.

“Nowhere does the report say our work is fundamentally unfounded and in fact it points to its own limitations in its ability to corroborate SI’s findings.”

This is like saying the ebola terror sweeping the country is grounded in legitimacy because there have been three confirmed cases of the virus.

You blindly shot a rocket at an ant hill and killed three ants. Congratulations.

I thought Barry Petchesky’s take on the entire thing on Deadspin was fascinating. He didn’t really give OSU a pass but pointed back at SI for its ignorance from the beginning.

“It must be noted that this (report) means nothing. Oklahoma State’s investigation and response can be summarized as We asked the people accused of doing bad things if they did the bad things, and they said they didn’t.”

“But the truth of the claims was never the issue,” said Petchesky. “Readers reacted with the proper scorn to what was a shallow excavation of standard big-football muck, incredulously treated by Sports Illustrated as something new or important or surprising instead of as a pro-bono buttressing of the NCAA’s fortress of bullshit.

“Think about that! Here were reasonably supported claims of cheating, sex, boosters, drugs—everything that usually gets the sport’s self-appointed mall cops hot and bothered—and this time, no one gave a damn. Maybe even more than the O’Bannon case, SI’s Oklahoma State fartbomb represented the moment when public opinion decided college football has far worse problems than its players.”

So now OSU is the catalyst for the College Football Playoff and the turning point in exposing the NCAA for the clown show it really is.