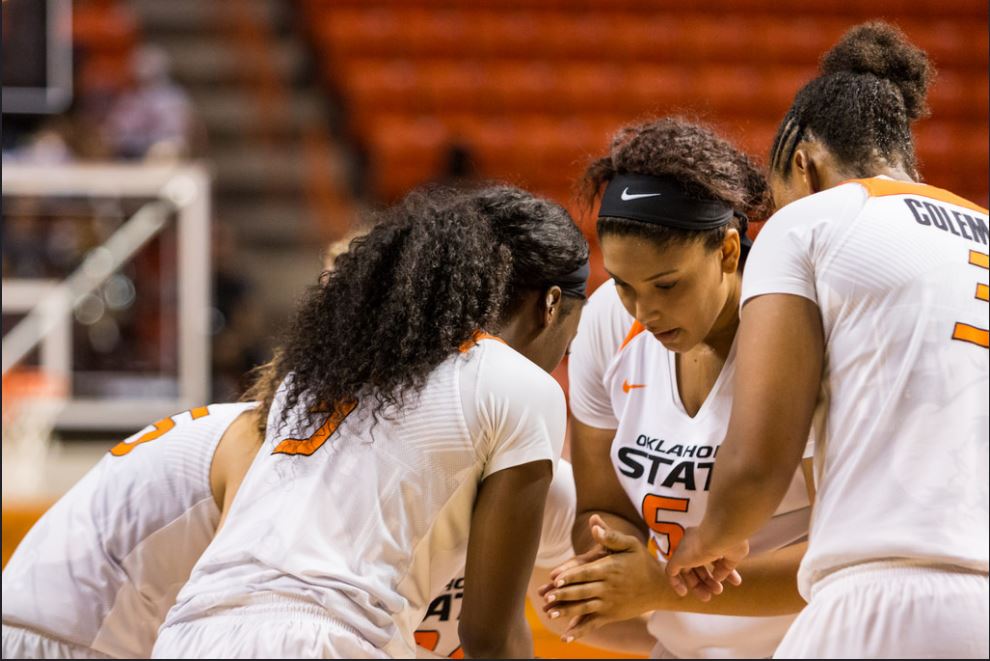 It’s finally baseball season for OSU, and the Cowboys open this week with a series against the Texas State Bobcats on Feb. 16. Here’s a quick highlight video uploaded by the Cowboy baseball account:

The Cowgirls have won three conference games in a row, and OSU senior Kaylee Jensen played a big role in OSU defeating TCU and Iowa State, both on the road, last week.

Jensen scored 22 points and grabbed 16 rebounds in the Cowgirls’ 71-54 win over No. 24 TCU and put up 35 and 12 in an 81-73 victory over Iowa State. For her performances, Jensen was awarded the conference Player of the Week for the second time this season on Monday.

The Cowgirls started the season in style, going 4-1 in the Kajikawa Classic in Tempe, Arizona. OSU fell in their opener against Oregon State but rallied back with a 9-4 victory over No. 7 Arizona. The Cowgirls then beat Missouri, 6-3, and had double-digit runs in back-to-back games, recording 13 against New Mexico and 21 versus Western Michigan.

The 18th-ranked Cowgirls upset No. 1 Florida, 4-3, in the Greenwood Tennis Center in Stillwater last Wednesday. The Cowgirls took four of the six singles matches, including senior Megan McCray’s victory over No. 50 Josie Kuhlman in the final match to seal the win.

If you weren't at the GTC last night, you missed out. We've got you covered with highlights from #OKState's upset of No. 3 Florida. ? pic.twitter.com/1BCjoqWA75

The Cowgirls are now 6-1 and have back-to-back home contests on Feb. 17-18 versus Miami and Pacific.

The Cowboys defeated in-state rival Oklahoma, 31-6, to go to 12-2 on the season and stay undefeated in Big 12 play. Six of OSU’s match wins came with riding time and five of them included bonus points. Read PFB’s recap on the Bedlam beatdown here.

There's no place like GIA, and there's nothing better than being a Cowboy. ? #okstate pic.twitter.com/Ztcib7LnL3

The Cowboys now prepare for their final conference contest against Fresno State in Fresno, California, on Feb. 18.