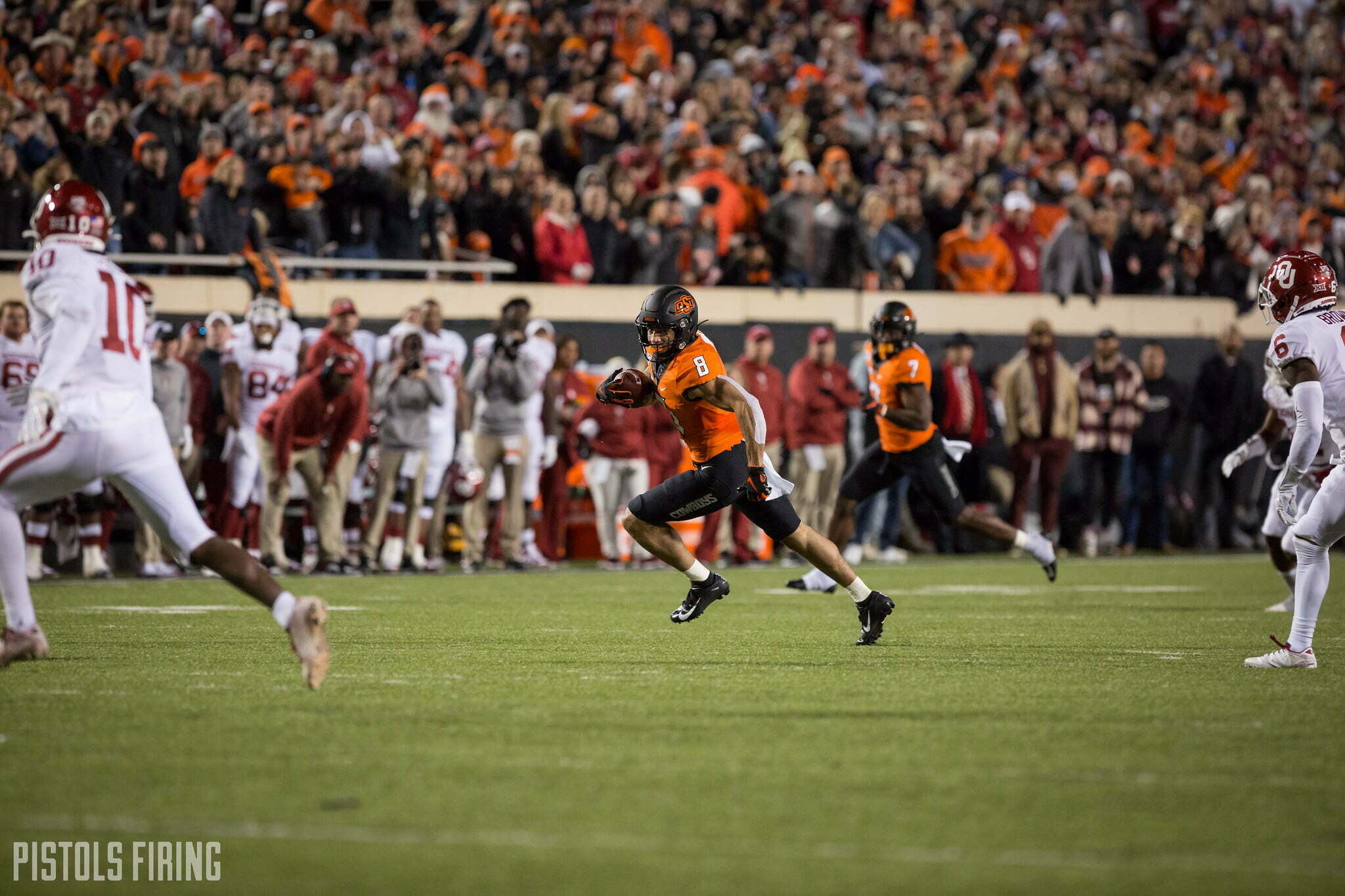 OSU may not have made it through spring practice, but we — laboriously — have made it to the end of out spring position previews. Let’s cap the series with a peek at the oft-overlooked but absolutely crucial special teams.

I will not, as in former years, rail against the fact that OSU does not have a paid full-time assistant heading special teams. What do I know about running a football program, right? It’s not going to change, either way. (I reserve the right to revert back to my former stance at the first muffed punt.)

Let’s get into it starting with OSU’s two returning starting specialists.

Punter — Tom Hutton: The Australian transplant had his ups and downs as 29-year-old college freshman. Just typing that sentence makes a 35-year-old me tired. But once we remember just how young he is in terms of football years, there’s an opportunity to improve and he’s shown that he can place the ball deep in enemy territory. He just needs to be more consistent.

All but the best (and maybe most fortunate) kickers seem to become polarizing figures. It’s easy to remember the footballs that clanged off the uprights in Lubbock, but it might surprise you that Matt Ammendola’s 76.9 percent career field goal percentage sits at No. 6 in school history, just a couple points below No. 5 Dan Bailey (79.2 percent),

The points I’m trying to make are 1) that kicking is hard, 2) we never want to think about it, and 3) OSU will be breaking in a new one next season.

The candidates to replace Ammendola are junior kickoff specialist Jake McClure, who was a touted kicker and punter out of Chattanooga, Tennessee, and another Aussie transplant in redshirt Alex Hale. Neither has attempted a college field goal.

Returns: Worth the Investment?

Do you remember that hilarious joke last August when Mike Gundy said Chuba Hubbard could return kicks? He probably didn’t know that Chuba was going to take off quite like he did, leading the nation in rushing from an early point on — or that he would account for nearly all of the Cowboys’ offense down the stretch.

Chuba returned two kicks in the first three weeks and we can all laugh about it now because he lived to play all 13 games. There’s a better chance Gundy asks me to try and run one back than we see Chuba trotting out on specials in Week 1.

LD Brown took care of those duties for the first half of the season before Braydon Johnson took over, showing his playmaking ability. But he’s better-suited making acrobatic catches in the red zone if you ask me. I wouldn’t be surprised to see either retain the kick return duties.

Mike Gundy doesn’t believe in punt returns so I’ll be brief on that. Just find someone who won’t drop the ball. If that’s Dillon Stoner, fine. But I might be coming around to his line of thinking.

The days of exciting returns may be long gone. With the kickoff rule change a couple of years ago allowing players to fair catch inside the 25-yard line and move the ball to the 25, the risk of going for the homerun is not quite as feasible. As I mentioned above, any positive punt return by OSU probably wasn’t planned. And that might be fine.

Maybe I’m just getting older but my need for the exhilarating return is waning a bit. It’s really that I don’t want Chuba or Tylan or Braydon going down thanks to a cheap shot from Western Illinois’ walk-on linebacker.

If Landon Wolf runs one back, all the better. But I’m slowly coming to Gundy’s side. Just don’t make a mistake. You’ll be giving the ball to what should be a pretty exciting and potent offense anyway.