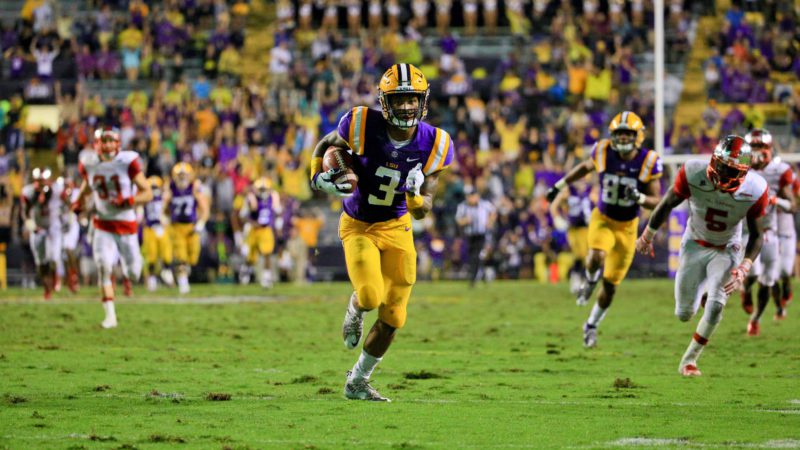 Spring practice starts next Monday, but you can bet that Mike Yurcich is salivating trying to predict which new wide receiver(s) will emerge as the next James Washington.

The Cowboys, who are already loaded in established talent at wideout, have a gaggle of young and talented playmakers to break in. Two of these guys, OSU fans have yet to see in orange.

Here are three receivers that should make a splash this spring and beyond.

The below-listed class designations apply to the 2017 football season.

With all the hype coming from practice and the grandiose Hall-of-Fame comparisons from our pod, I’m predicting Tyron Johnson will be responsible for at least a 10 percent increase in spring game attendance.

The former LSU Tiger sat out last year due to NCAA transfer rules which would have made this year a perfect one for Johnson step into a starting role. But with the unfortunate injury that held Marcell Ateman out last year, the receiver pool becomes even more top-heavy.

I’m sure no other Big 12 offensive coordinators are feeling sorry for Yurcich.

Stoner and Mason Rudolph combined for all 29 of the Cowboys’ passing touchdowns last season. Stoner just had one. But the true freshman did earn immediate playing time after an impressive fall camp.

Unfortunately, Stoner only appeared in four games due to a leg injury. So the spring game will give Cowboy fans a chance to see him in action for the first time since last year’s Big 12 opener against Baylor.

Stoner may be one of the most versatile players on the team. He did it all at Jenks High School and was the No. 1 rate receiver out of Oklahoma for the 2016 class.

We have been told that Oklahoma State will list him as a redshirt freshman.

Alexander is a former four-star athlete out of Lancaster, Tex. He’s had a redshirt year to learn the playbook and to build up on his 6-3 frame under Rob Glass’ tutelage. He will be fun to watch and could be the Cowboys’ outside threat of the future.

Alexander is another big-play threat that can should get a chance to shine not just in the spring game but may crack the rotation this fall.