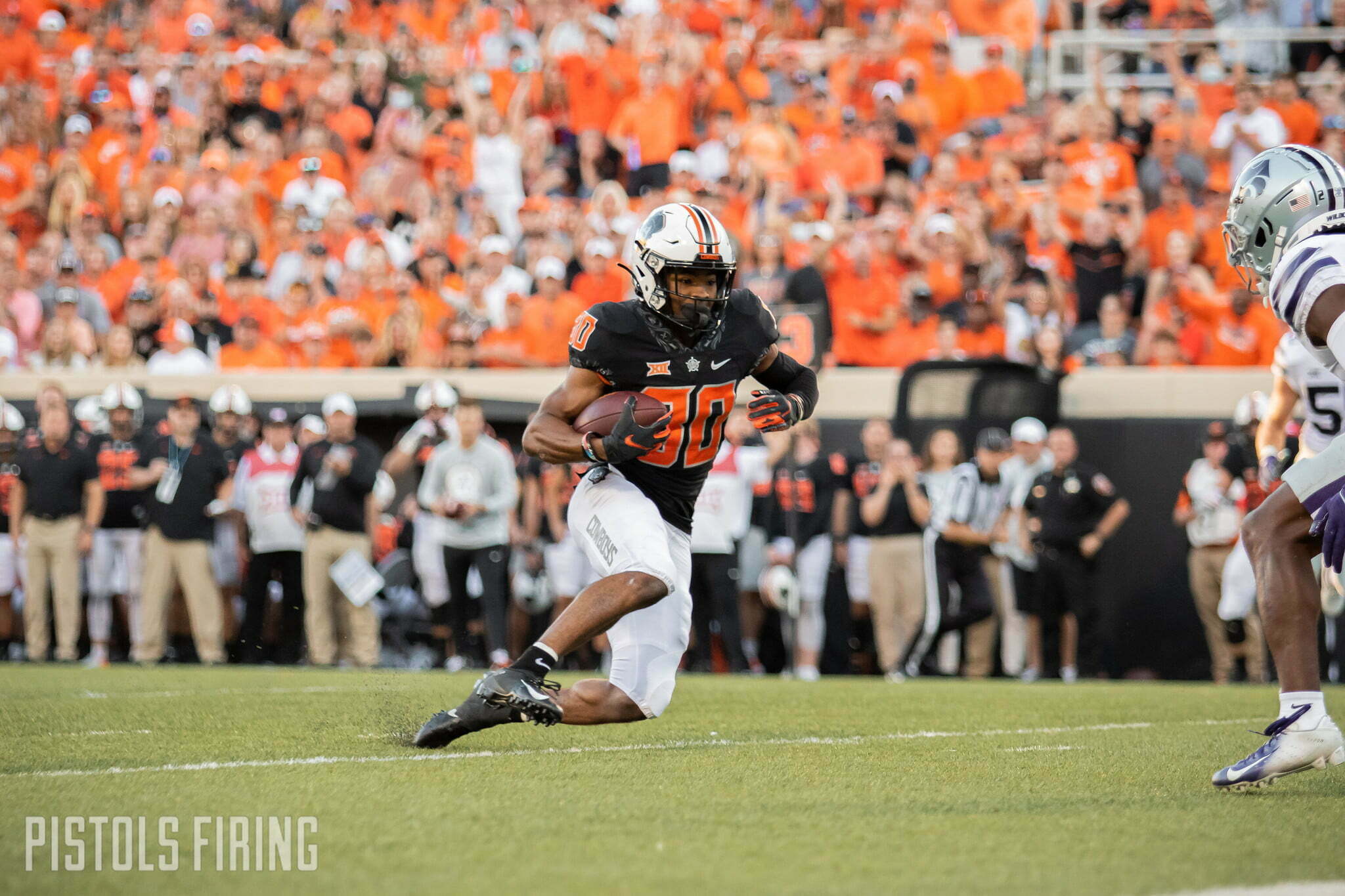 There was only one receiver last season for Oklahoma State who caught more than 50 passes and accrued more than 1,000 yards, and that receiver — Tay Martin — is out of eligibility and not returning to the program in 2022. That makes for an especially consequential spring and offseason for a position that, over the years, has been a strength in Stillwater.

And it might still be a strength in 2022 — let’s be clear. But it is certainly not without question marks. There are old hats and experienced faces, including Brennan Presley, Braydon Johnson and Langston Anderson, but it’s a mostly underclasssmen-heavy position group, which should make the spring all the more important for development.

Today we’ll look at the position as we continue our spring position preview series. It’s the third group so if you missed the running back and quarterback positions you can check those here and here.

As you can see here the list of returning players that were on OSU’s roster in 2022 is a long one. The amount of game action and experience is what’s really lacking here. Outside of Presley and Johnson this group is mostly unproven. The good thing here is that, out of necessity, a lot of these guys got quality reps in 2021. Should be important building blocks particularly for Bray, Richardson and the Green twins entering 2022. I’m buying all the stock!

As much as I’m a believer in the returning talent, I can’t help but think that half — maybe more — of the incoming receivers play some sort of role in 2022. Shettron is a former top-60 national recruit. Presley’s been one of the most electric playmakers in the state of Oklahoma the last two seasons at Bixby. Gilkey’s a huge body. Johnson has maybe the second-best recruiting pedigree. My money would be on Presley getting some sort of gadget role, maybe in special teams, and Shettron stepping up as the most likely guy to break into the rotation.

Bray and Presley to me are the guys I’d lock in as starters, but a lot of this is a guessing game. The last time OSU released a depth chart, Bryson Green and Rashod Owens were listed as “ors” — AKA co-No. 1s — and that’s only half the guessing because both Braydon Johnson and Langston Anderson didn’t play factors in 2021 due to injuries. A lot could change on this depth chart in the coming months. The hope is that health doesn’t play a factor in sorting out the depth chart as much as it did in 2021. If the cream rises to the top and all systems are go, this position group, while young, could be one of the most talented in the Big 12 in 2022.