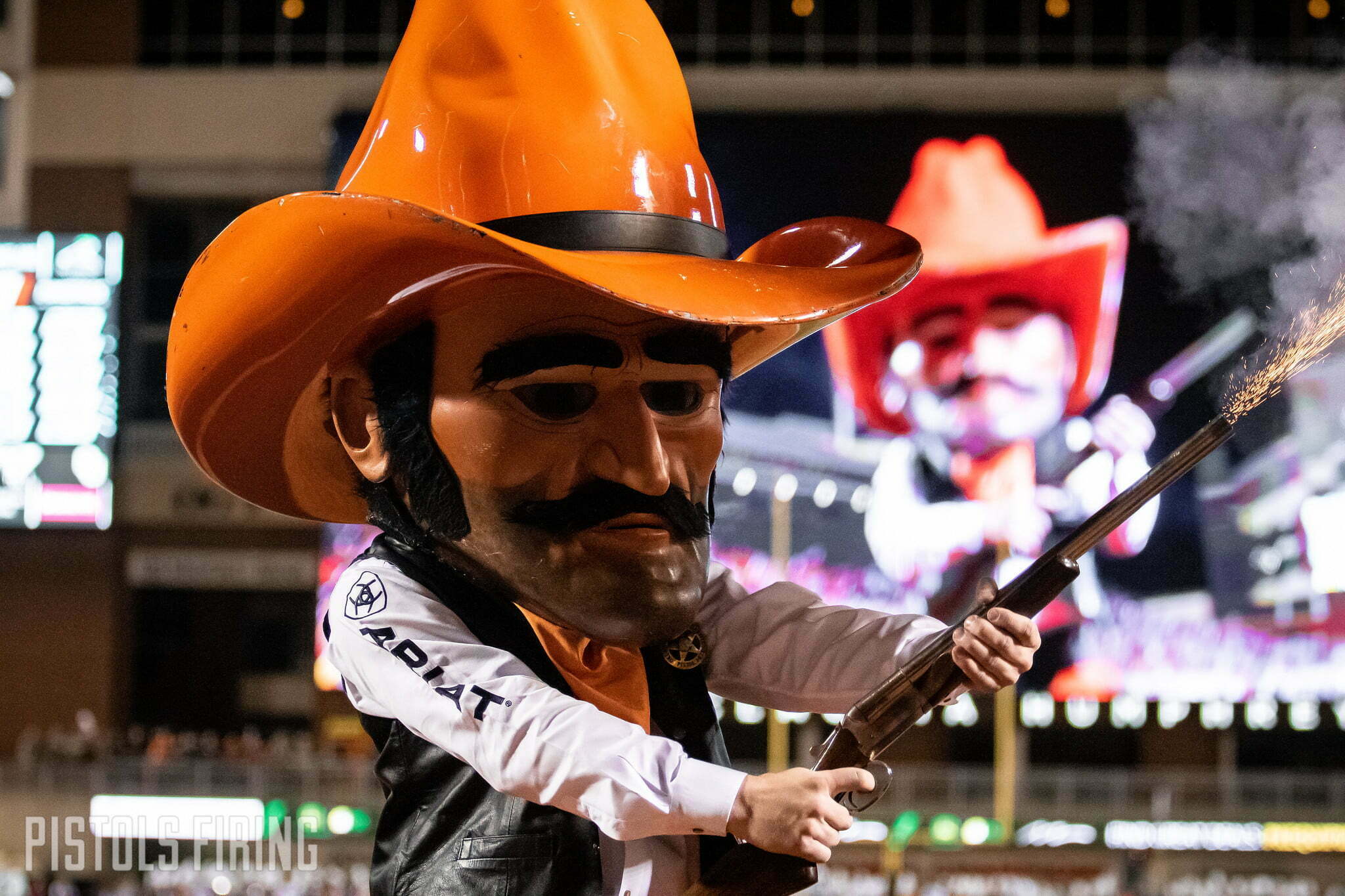 STILLWATER — The scene inside Boone Pickens Stadium late Saturday night was one of ecstasy. One fan jumped from the seats to the field donning an OSU jersey yelling, “Let’s go! Let’s f****** go!” Another fan, in a gray phantom Pete hoodie, threw his hands up in elation as he walked by me and roared, “WHOOOO!” as if he had years of pent-up joy just waiting to be unleashed for this moment.

Finally, after the crowd cleared out and the bars (probably) filled, all that was left on the turf were pom poms and booze bottles. And one thing is now abundantly clear: OSU fans know how to celebrate a Bedlam win.

The 37-33 victory was equally as fun to take in from afar. Below is a look at the scene that was in Stillwater.

Spencer Sanders ripped the pigskin straight to the moon after the final kneeldown that iced the 37-33 win. Lamont Bishop was the first player to embrace him. He was quickly bombarded — and nearly tackled by — an OSU fan that rushed the field.

Mike Gundy was showered with a gatorade bath and his oldest son had a cowboy hat waiting to plop on his head. He rushed off the field donning it with a huge smile. He and Lincoln Riley first shared a quick embrace.

As OSU’s defense got the fourth-down stop moments prior, Dez Bryant was the first person to get onto the field in a pre-celebration celebration. (You can see it at the end of this video.) Tanner McCalister and Christian Holmes dapped him up as they danced their way to the sideline.

On the other side of the field, it was pandemonium. Fans jumped from the seats to the turf in droves. An “SEC!” chant broke out in a mockery of SEC-bound Oklahoma.

The jump from the seats to the field proved treacherous. Most fans I saw making the trek were in good shape. But in the tunnel of the stadium, paramedics tended to at least four fans who hurt themselves after jumping. They were stretchered out. One was wearing cowboy boots. She told me she felt a pop and felt like she may have broken an ankle.

There were many a mini-booze bottles littered about the field in the aftermath of it all, too.

The locker room appeared to be pretty lit as well.