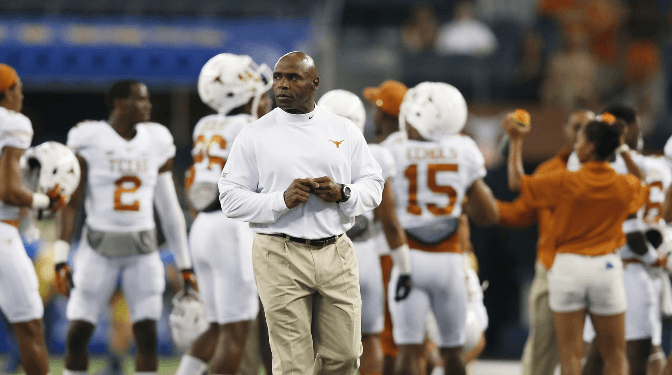 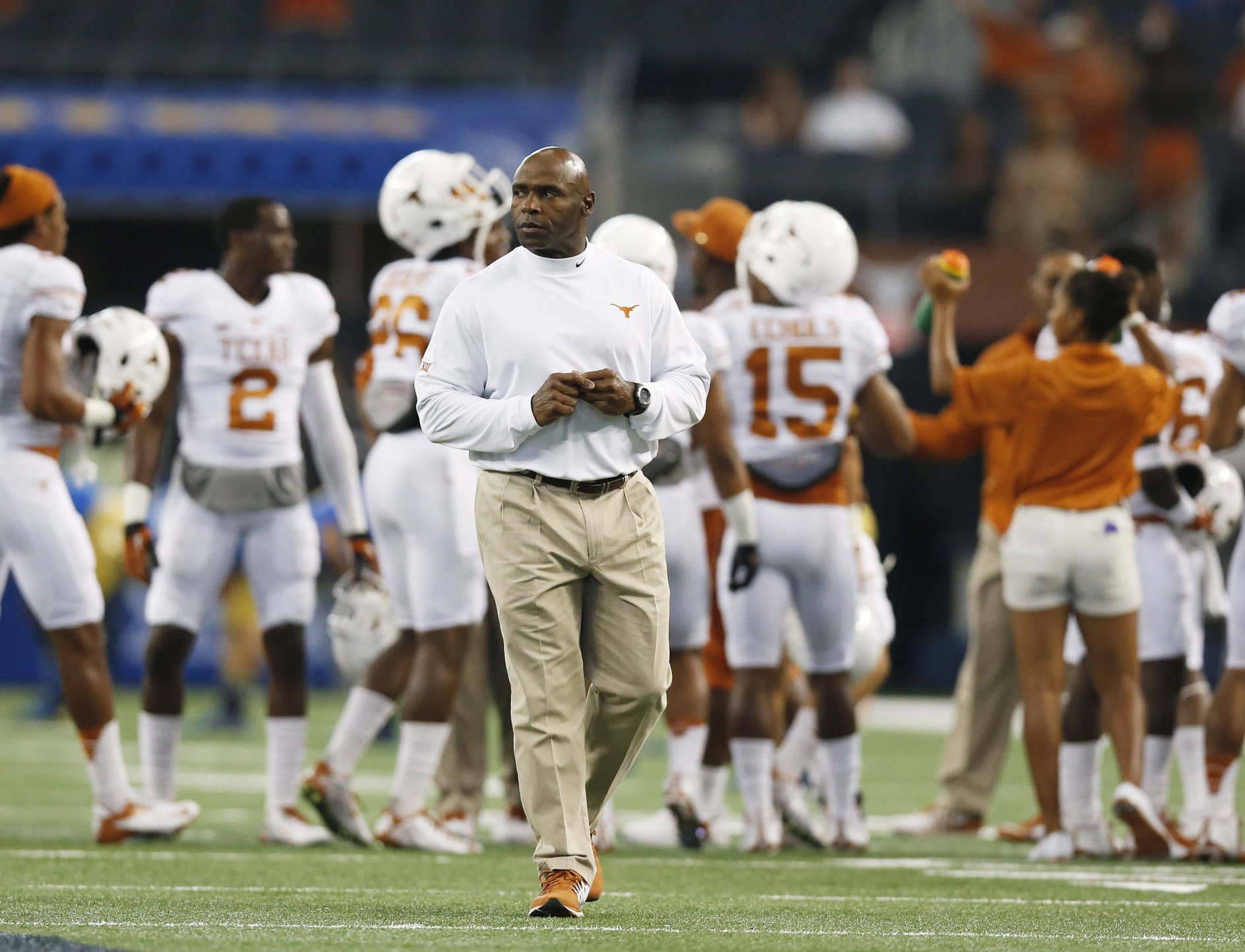 This is a guest post by an English PhD student named Josiah Meints. It is satirical in nature. It is not a real article with real quotes. Think The Onion if The Onion turned orange for a day. These things didn’t actually happen. They are not real.

It has been clear from day one that Charlie Strong is a different sort of coach than his predecessor, Mack Brown. From dismissing starters for breaking team rules to putting notes on players’ lockers, Strong brings a firmer more disciplined approach.

Nothing demonstrates that style more than his most recent strategy to get his players ready for the upcoming game at Kansas: a dumpster fire.

Early Wednesday morning, Strong called a team meeting with the players and staff next to the dumpsters outside the Frank Denius practice fields. One of the dumpsters had been filled with jerseys, helmets, and other assorted items. Once the team had gathered, Strong threw a match into the dumpster.

“You see this?!” Strong yelled as the blaze roared to life. “How does this make you feel?!”

After starting the fire, Strong noted that he wanted the fire, a metaphor for people doubting a program with so much tradition, to make his players angry.

“I want them to get fired up,” explained Strong. “Hey, that’s pretty good. Fired up. I didn’t even think of that before. Anybody got a pen I can write something down with?” Behind him the flames grew higher and higher, like the Longhorn fighting spirit, and engulfed a second dumpster filled with regular garbage.

While most of the players stared in awestruck silence at the dumpster, some seemed to get the message. Starting quarterback Tyrone Swoopes seemed especially ready to prove that Texas is still a title contender.

“Aw… man. Is that my Xbox in there?” Swoopes noted, planning his assault on the Kansas secondary. “Man… I had to save up for 3 months to buy that thing. Aw… that’s… that’s just great.”

Other players were similarly excited by the exercise. Running back Malcolm Brown noticed that Strong had included Brown’s bedding in the dumpster, likely a message about how the Kansas defense is planning to “wrap up” Brown in the backfield. Or cover him like a blanket. Something like that.

“How’d he get in my room?” Brown said, ready to take on the Jayhawk front seven. “I’m the only one with a key. This has gotta be illegal or something.”

Athletic Director Steve Patterson was on-hand to observe the fire. Patterson was responsible for hiring Strong and openly supported the coach’s dumpster demonstration: “We here in the University of Texas Athletic Department stand fully behind our coaches and staff. We’ve got the greatest people working hard every day—wait is that my desk? That thing’s made of solid zebra wood!”

Patterson then pulled out his phone and briskly walked to the parking lot, obviously caught up in the excitement of Texas getting its first road win of the season.

After the fire trucks arrived and put out the flames, the equipment managers salvaged helmets and pads not transformed into the fragrant smoke of Longhorn dominance. Once the team and staff left to hold practice, we managed to catch up with Strong and asked whether he thought the demonstration was a success.

“I think it’s getting through to them, oh yeah,” Strong stated. “Eat ‘em Up, Horns!”