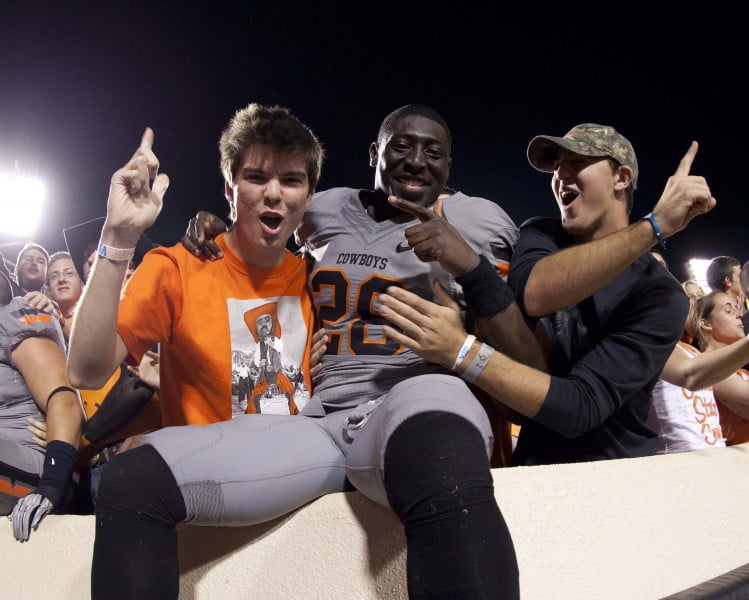 Best play: The reverse pitch to Josh Stewart for six was fantastic. It’s even better when you imagine the fact that Dana probably installed it when he was here.

Worst play: Tavon Austin, my man, you had no shot at getting out of the way of that Quinn Sharp skybomb. I know you tried but Sharp put a spell on it right before he kicked it and it was always going to bounce off you, no matter what you did.

Best player: Josh Stewart and Quinn Sharp were both spectacular. Also, this might literally be the only thing they’ll ever have in commong.

Quote: This one was simple, but awesome.

Only time Dana Holgorsen cracked a smile in the postgame was when I asked whether Clint Chelf improved since he left. Answer: Yes. #okstate

Photo of the game: all three of these were great — Gilbert | Dana | Weeden

Tweeter of the game: n/a, I couldn’t check Twitter while in the stands. We’ll return to this one next week…