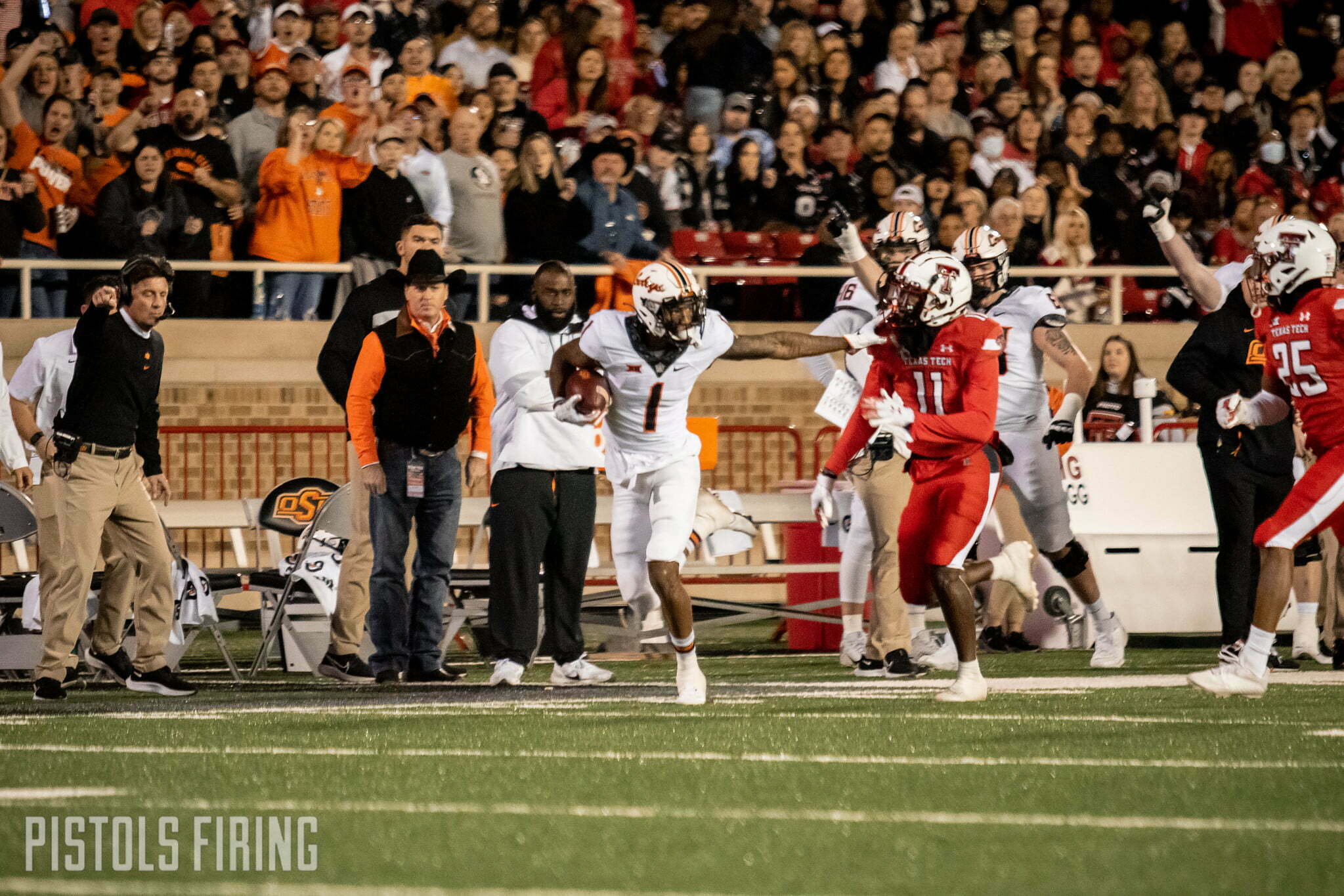 Long-time OSU fans are generally pessimistic about the Pokes’ prospects for Bedlam after winning only twice — in 2011 and 2014 — under Mike Gundy. But OSU receiver Tay Martin?

“I expect to whoop their ass, honestly,” he said Saturday after OSU’s 23-0 win over Texas Tech ahead of the OU matchup this coming weekend.

Tell us how you really feel!

“I don’t go into a game thinking otherwise,” he continued. “As long as we do what we do, take care of the little things, do what we did to get here, honestly we’ll be fine.”

In context, this was more of a confidence thing than straight up bulletin board material for OU. He’s not exactly saying OSU will whoop OU, but rather that he expects OSU will whoop OU because that’s the mindset he takes into every game. (We’ll see if OU sees it the same way.)

Still, this is a welcomed sign by an OSU player and perhaps a larger example of how OSU views itself going into Bedlam this coming Saturday. They’re playing with a ton of confidence. They aren’t scared off by OU. They expect to win the game because, at this point, with the way they’ve played of late, they expect to win every game. It’s a mindset.

“They’re really excited right now,” said Gundy. “But we still have a job to do. We have to get back to work and get rolling for the next one.”