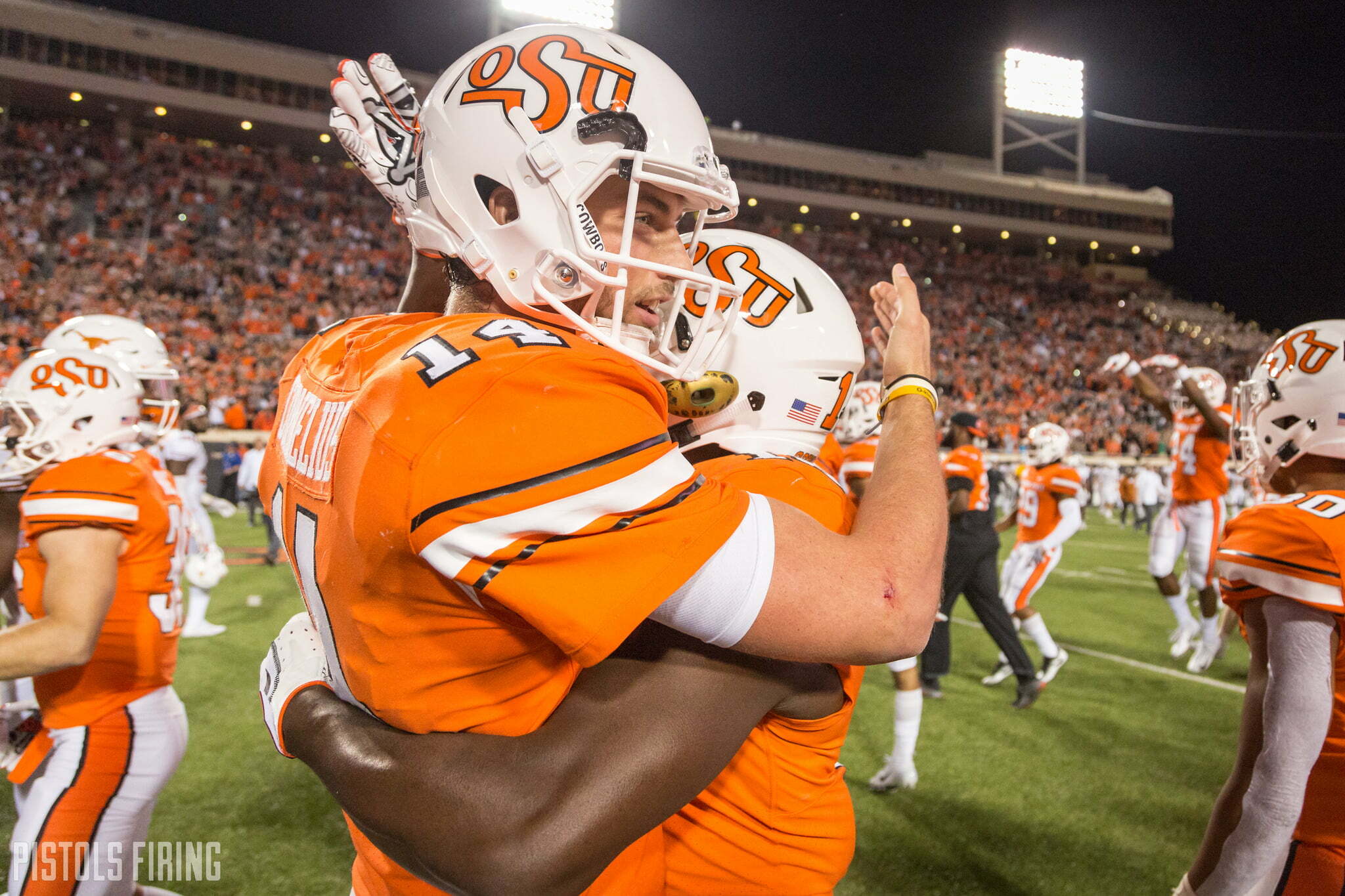 There are two overarching themes that get at the core of why we enjoy spending our Saturdays, Sundays (and weeknights) huddled around TVs and smart devices — or huddled up in the cold of stadiums or tailgates — to watch grown or nearly-grown people play games.

First, there is the desire to witness greatness. When Vince Young pump-faked the entire Woods family and my fandom into mid air, my immediate feeling of dread was shortly replaced with wonderment. That man looked like a super hero in real life and I knew that I was watching something I wouldn’t soon see again.

The other side, the one that keeps us up at night on YouTube and draws us in on a personal level more than just tailgate affiliations and color schemes, is that connection with the athlete as a person. The ability to empathize and realize. We want to root for our guy because he’s our guy. But we also want a good narrative, a story we can connect to and a protagonist we can see ourselves in.

The tale of Taylor Cornelius, the former walk-on from tiny Bushland High School who sat and waited his turn behind a franchise QB and does all the right things — and doesn’t talk, as Mike Gundy would dote — satisfies both desires in a way few have.

Corndog, The Oil Baron, or simply “Corn.” These are not monikers you give the future messiah of a program. Four- or five-star athletes don’t get named after carnival foods, and head coaches don’t mispronounce Elite 11 prospects’ last names.

The absurdity becomes all the more apparent with each fourth quarter comeback scoring drive. 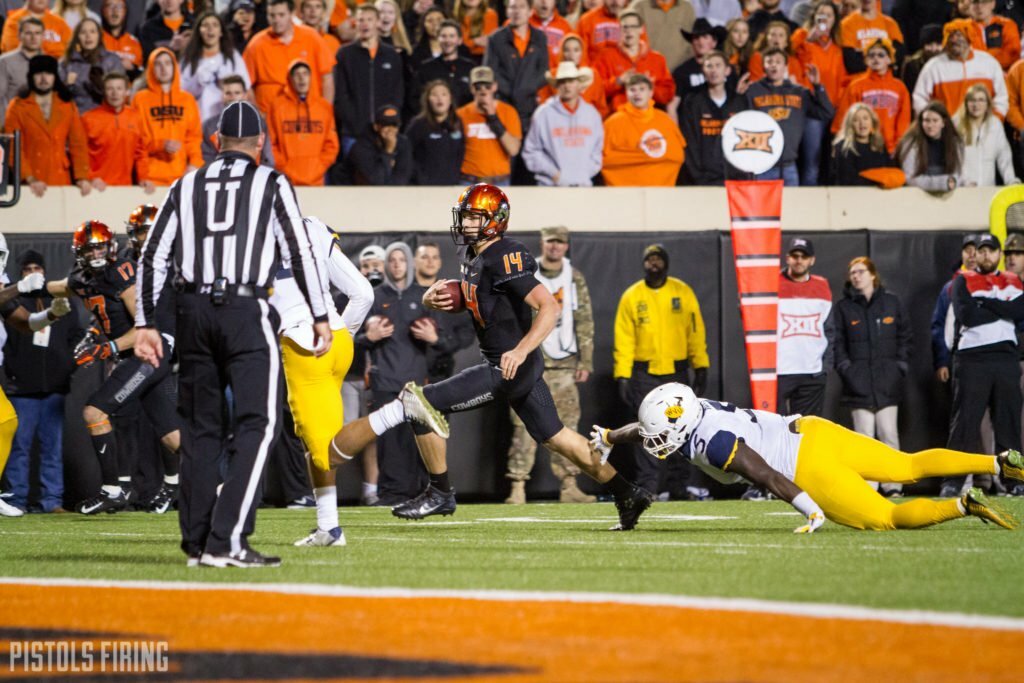 It’s not all been smooth sailing for Cornelius. At times, he’s been below average as he’s felt his way through a crash course in QB1 101. Sometimes he’s just been bad. Interceptions in the end zone, air-mailed long balls and head-scratching decision making (or lack thereof) spearheaded his campaign for king of Stillwater. The neon palms have flickered at times.

But just like Mike Gundy told us, elite-level quarterbacking is rarely a young player’s game. And despite his 1995 birth date, Cornelius is young in turf years.

Prior to this season, he had attempted just 24 passes in three years. Now after captaining an underrated and explosive offense, he’s 241 yards away from knocking J.W. Walsh off of OSU’s top 10 list in career passing yards with two games to go. He’s also currently having one of five QB seasons in OSU history of 300+ passing yards per game. 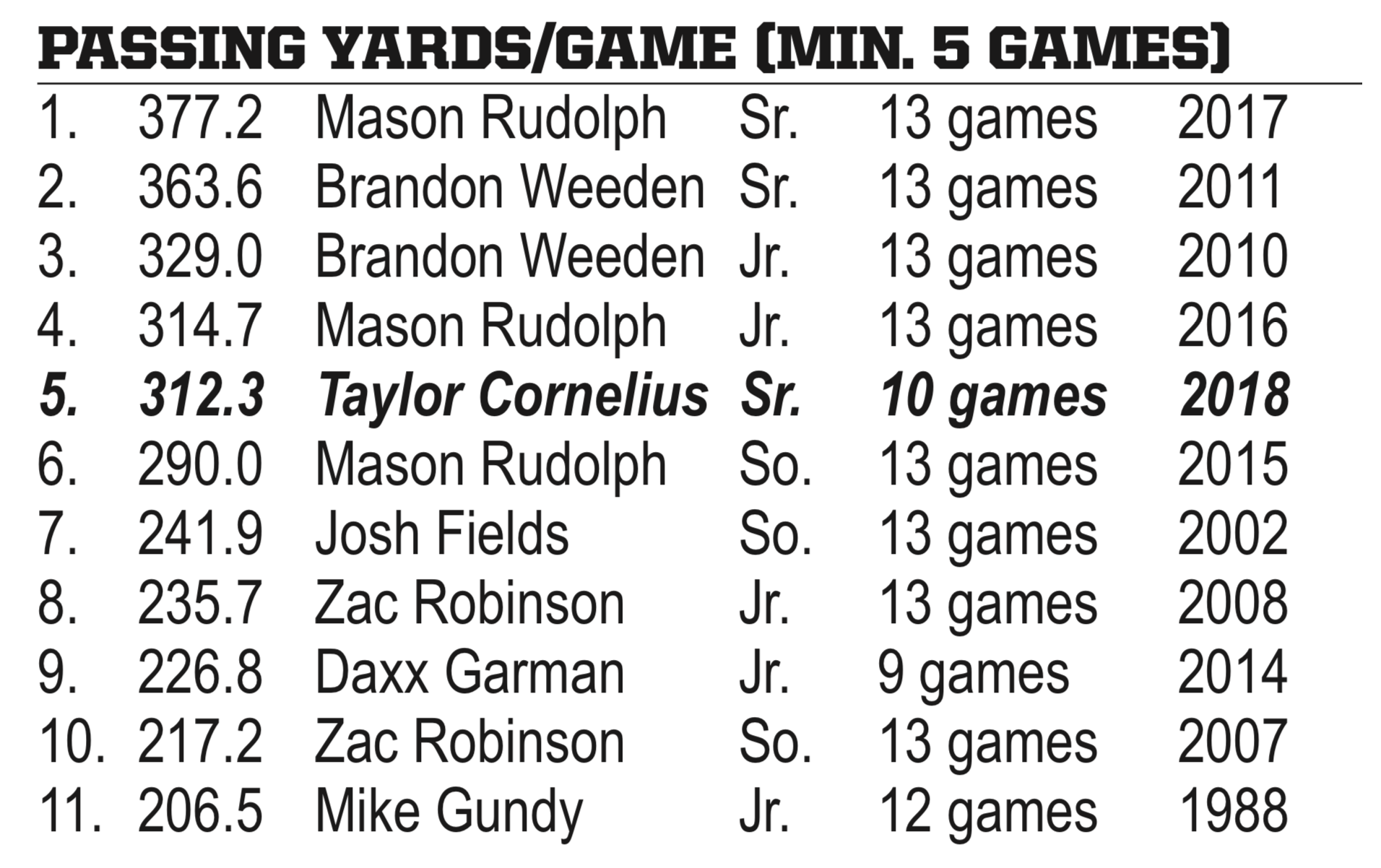 He’s already climbed to No. 8 in career passing TDs at OSU (and T5 for a single season). 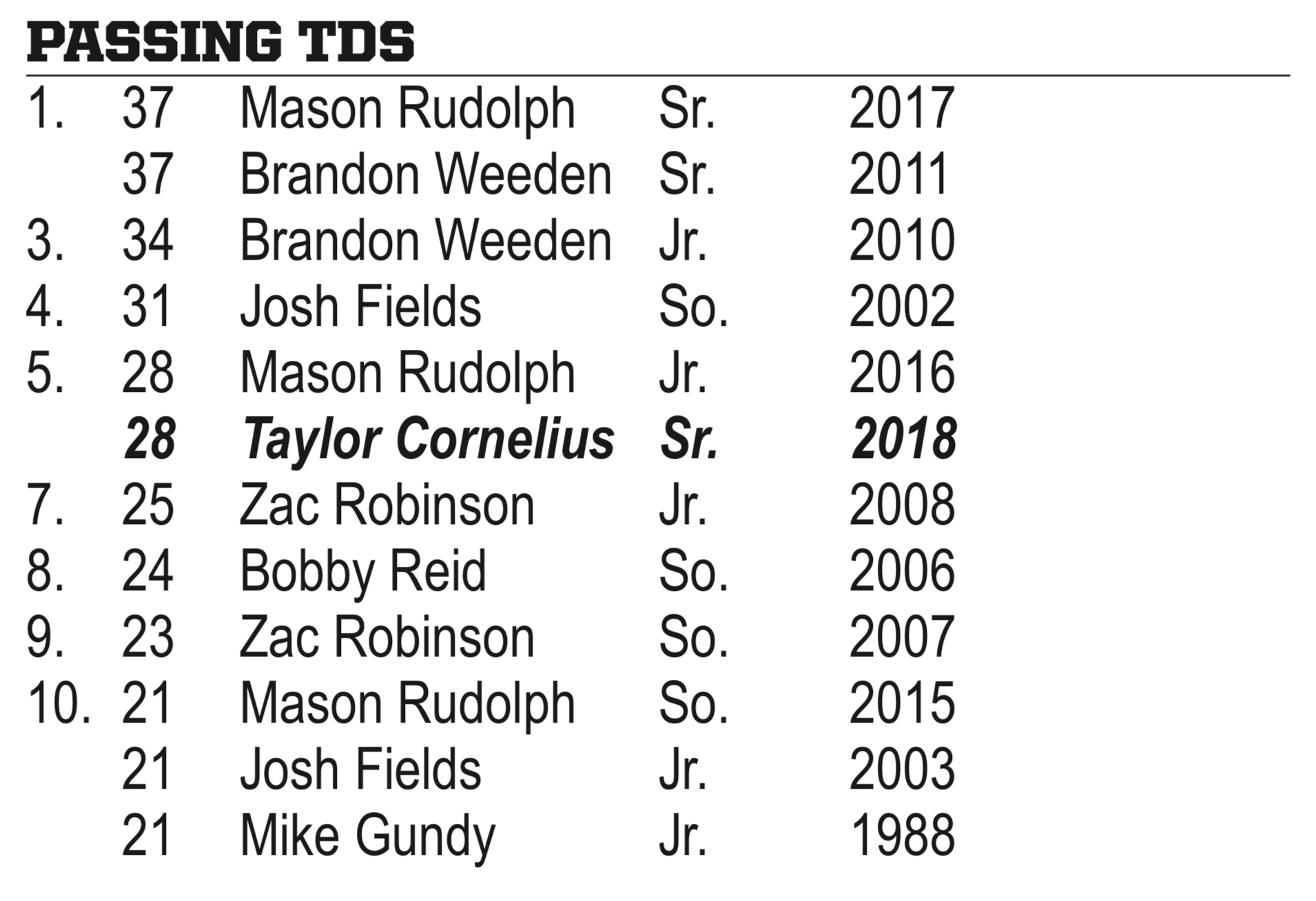 And the guy who couldn’t hit a deep ball is on pace to land at No. 2 (behind Mason Rudolph and atop Brandon Weeden) in career yards per attempt for a Cowboy with at least 200 tries. He’s behind only that pair in average passing yards per game despite eight rounds of mop-up duty diluting his average.

But numbers merely justify or reconcile in our heads what we want to believe with our hearts. In this case, they come as a welcome surprise and validation for someone we’ve watched put up a grit rating of 200.0 on a weekly basis.

Overall, the results have been mixed. A program that has made a habit out of stumbling into 10 wins, experienced real drama over whether or not it would keep its historically long bowl streak alive. And fair or not, this rebuild or “down” year, or however we end up remembering it, will always be tied to Cornelius’ legacy at OSU.

But the fun and frustrating come together when Cornelius is on the field, and never more so than it did on a Senior Day game which served as a microcosm for his and OSU’s season. A quick start was followed by a disastrous stretch. But here comes that lumbering, slow-building comeback fueled by mettle and toughness. Now all that’s left is the dramatic finish.

It’s probably not fair to put such a burden on one player and the results of his final two games. But when has sports, or life for that matter, ever been fair? If Cornelius can finish strong and scrape, barrel and pump-fake his team to eight total wins, the player some viewed as temporary stand-in might just become one of their all-time favorites. Maybe he should be already.