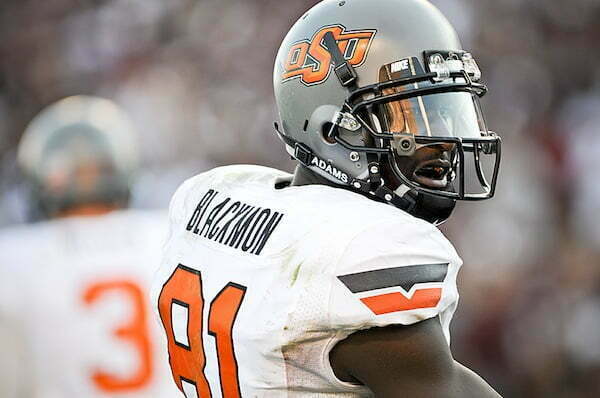 It was the day after Thanksgiving last year. I was sitting at my in-laws house watching the Tide roll over its own field, looking to drown everything in sight.

#1 was on the ropes in the most hostile situation imaginable. It was 24-0 with five minutes left in the first half before Auburn finally scored against Alabama.

They’d go on to score three more times en route to a Houdini-like 28-27 escape in Tuscaloosa to keep their crystal ball dreams alive.

Other title-winning teams have had similar scares in recent years:

The point is, that to go 12-0 you have to go through the wringer at some point. You’re going to have a gut-check “how are we getting ourselves out of this one” type game somewhere along the way. It’s inevitable.

Teams are too talented and too innovative for it not to happen.

Was last Saturday in College Station OSU’s great escape? I’m not sure. I said before the season started I though this team needed 2-3 big breaks to run the table and Saturday was definitely one of them. I think they’re going to be tested by at least one team at home (maybe Baylor?) and definitely by at least one of Missouri and Texas.

Can they handle it? Can they keep coming when every team they play has their scopes locked in on pulling the upset of the year in the Big 12? Of all the Oklahoma State football teams I’ve ever watched I think the answer to that is a resounding yes.

This team has the it factor that so many championship teams possess.

Dennis Dodd of CBS talked about it on his podcast yesterday wondering aloud whether OSU could be this year’s Auburn.

You guys saw it in the locker room video – this team believes, just like the ’03-’04 hoops team did that they’re going out every Saturday and delivering the knockout punch. They don’t get rattled, they don’t get down, they just win.

It’s still early (we aren’t even to October yet), but I think there might be something special brewing in Stillwater, Oklahoma.