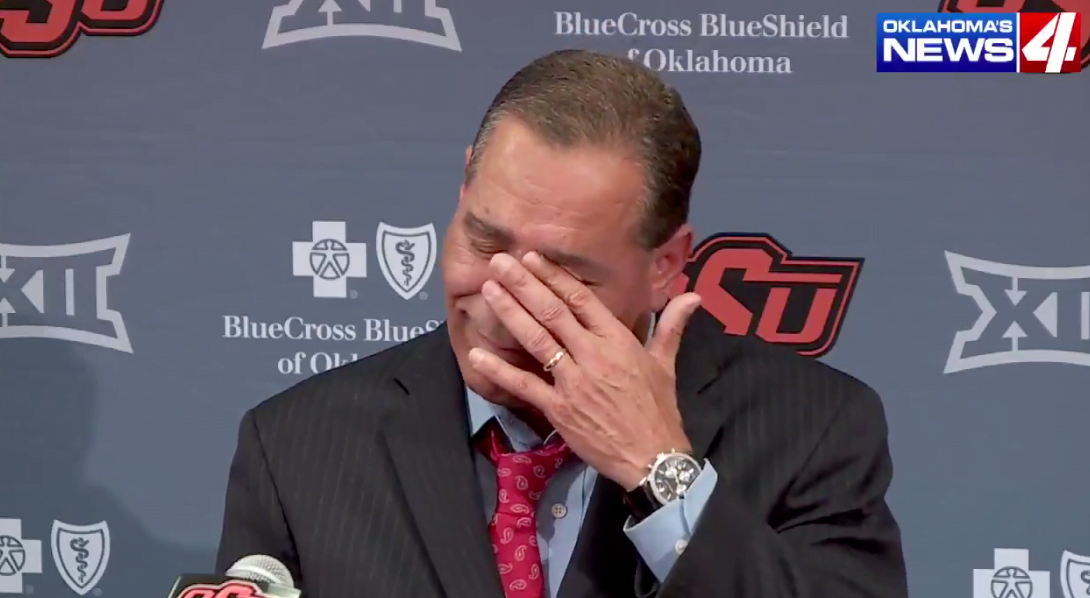 Kelvin Sampson was in GIA on Saturday for the first time in a long time. His UH Cougars beat the Oklahoma State Cowboys 63-53, but whatever, let’s get to the good stuff.

Sampson found Eddie by the court after the game, spoke with him and gave him a kiss on the head. Kelvin in red. Eddie in orange. Kissing 15 feet from Eddie’s signature on that marvelous court. What a dang world. 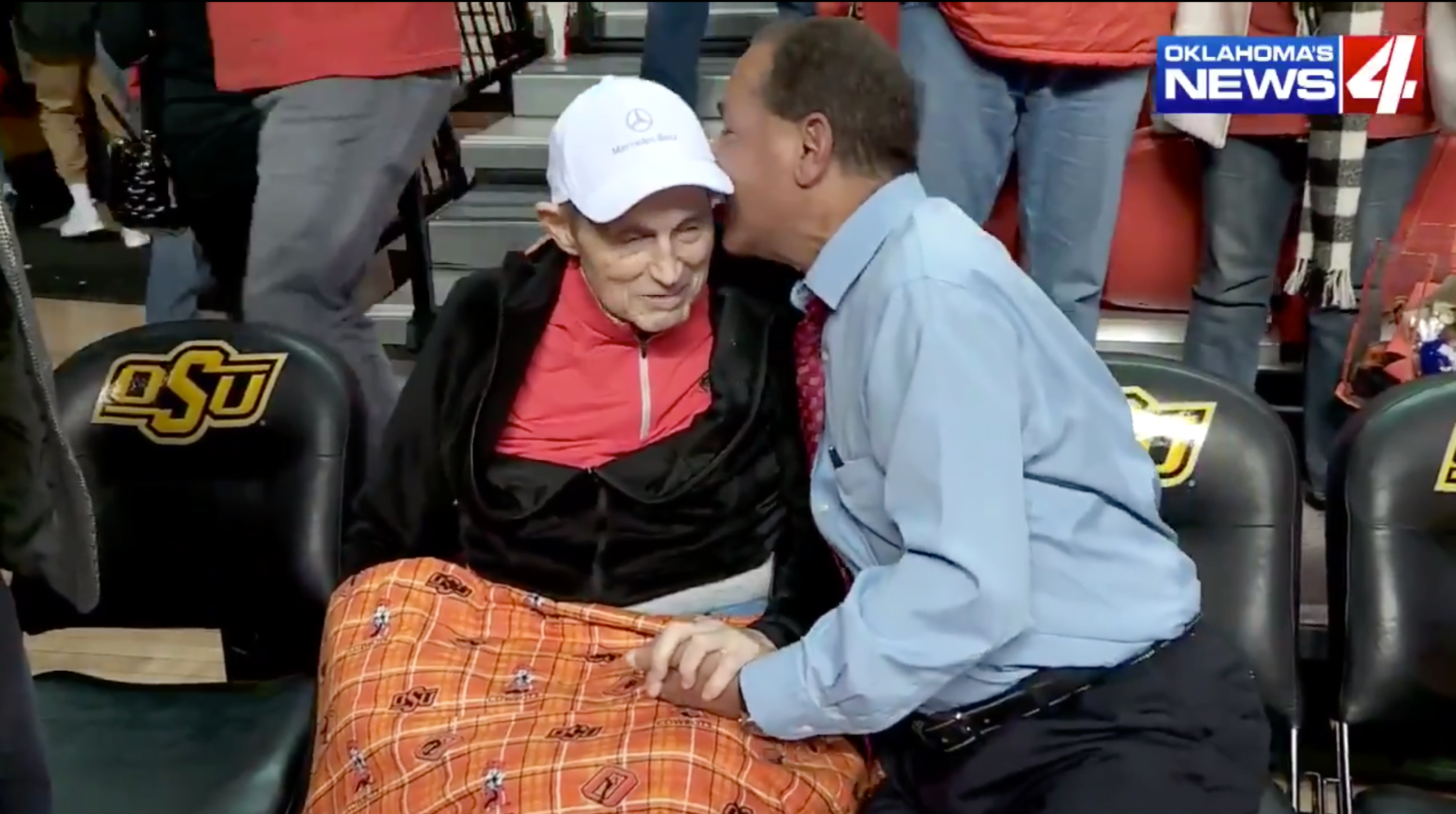 “Oklahoma State was always good,” said Sampson after the game. “The building was always a tough building. Fans were great here. That team … Those teams were good. That guy over there coaching them, he was good, too. When I first got to Oklahoma, it was a blessing for me that Coach Sutton was the coach at Oklahoma State because he made me a better coach.

“You always focus on your rival, but Coach Sutton made me a better coach. I always look back on those times knowing if you don’t prepare your team well and have a really good plan, you’re going to struggle against them because you knew he would. I always had great respect for this building, but a lot of it had to do with the guy whose name is on that court. He was special now, a special coach.”

I love that he talks about respecting the building. Man, that is so good.

Sampson noted that he hadn’t seen Eddie in a while before he saw him on Saturday, and it was clear Eddie’s current health status staggered him.

“They’d always tell me about his health … it’s tough,” Kelvin said of Scott and Sean, Eddie’s kids. “I hadn’t seen him … that was tough. When you come in here you always think about Coach Sutton and Patsy. That was a power basketball couple. She was a great coach’s wife … We’re all getting older I guess. I appreciated him for a long time.”

Markers of time are always powerful, powerful things, and this one is one I’ll remember. Hoops is hoops. GIA is GIA. Red is red. Orange is orange. But for some reason I was reminded of this gem from C.S. Lewis when a former OU superpower wept over the king of the white maple in Stillwater.

“There are no ordinary people. You have never talked to a mere mortal. Nations, cultures, arts, civilizations — these are mortal, and their life is to ours as the life of a gnat. But it is immortals whom we joke with, work with, marry, snub and exploit — immortal horrors or everlasting splendors.”