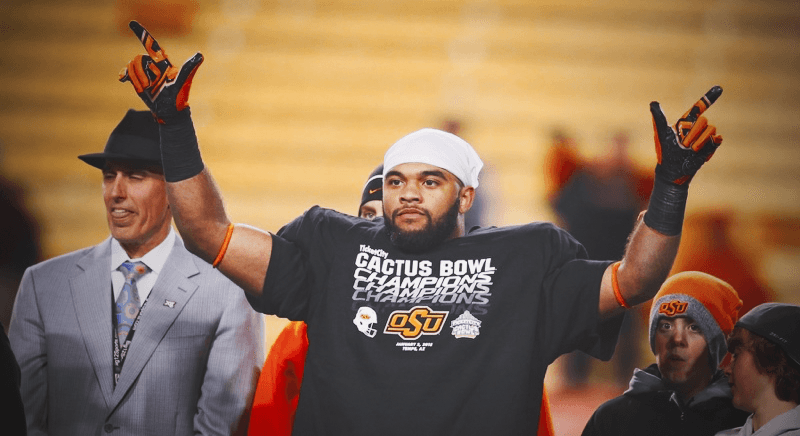 Kyle and I will be sorting through the 20 most important players leading up to the 2015 season every day until the Central Michigan game which, as you know, is just 20 days away. We each ranked our top 20 separately and 19 of them were in different spots (only the second-most important was the same). So we’ll be giving our individual takes on who the most important dudes are as the season descends.

Porter: The way I sort of went about thinking of this exercise is this. Who, if something happened to them — an injury, removal from the team or program, etc. — would OSU be the most screwed without only for the upcoming season. With that, here’s my 20th-most important player for the 2015 season.

Seth Jacobs is not my highest-ranked linebacker, but Jacobs might be the most underrated player on the entire team [Jordan Sterns side eyes this site]. OSU is fairly deep at the linebacker position, but I’m not sure they have somebody as versatile in the entire group. Or as tough.

Boone: I have Ashton Lampkin as the 20th-most important player on this year’s squad. Lampkin is coming off a season that was cut short due to injury, but has had the full offseason to compete and grow into the elite cornerback his skills suggest he could develop into. Lampkin has excellent skills when it comes to reading receivers and ball awareness.

Lampkin will compete with Ramon Richards, Darius Curry, and Michael Hunter for the starting job opposite Kevin Peterson. With Peterson out for several weeks due to injury, Lampkin’s veteran experience will be more valuable than ever.