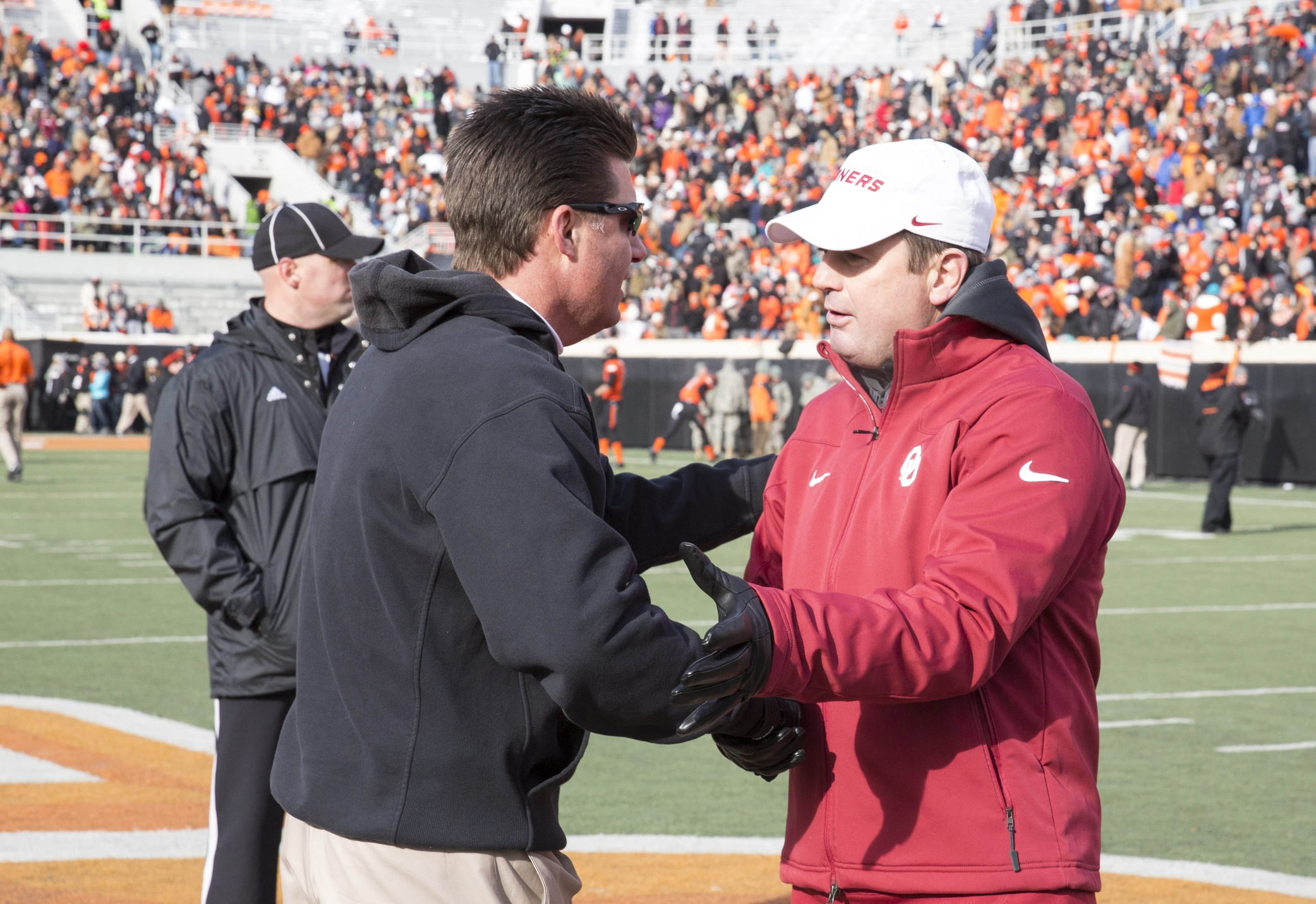 Mike Gundy and Bob Stoops share a moment in 2013. (USATSI)

We all know Mike Gundy has not been very good when Bedlam comes calling. The anecdotal evidence is real but so is the data.

Since 2005 Gundy has coached in 84 Big 12 games against 13 different teams. He has a winning record against 10 of those teams. The only ones he has faced five or more times and has a losing record against: Texas and OU.

But the OU winning percentage is amazing to look at on paper, especially when held up against the rest of his percentages against other teams.

It’s true that OU has the most wins in this time period (2005-2014 of any team in the Big 12) and has undoubtedly been the best team. But it’s also true that OSU has the third most.[1. Strangely Texas Tech has had the fourth most and OSU has owned Tech.]

Plus OU hasn’t been three times better as a program than Texas in that span (nor anywhere close to it) but you wouldn’t know by looking in the Gundy win column.

Make no mistake about it, Mike Gundy has a Bedlam problem — a win this season could help curtail the criticism in a big way (a really big way) but it’s a narrative that will likely linger over him for however long he chooses to stay in Stillwater.

I wrote after last year’s loss that Stoops owns Gundy and that’s true on paper (see above). I have no idea what Gundy’s viewpoint is on things but whether he thinks he’s Roy Williams to Stoops’ Coach K or not 1-8 is still 1-8.

And when you’re being paid $3.5 million a year 1-8 isn’t good enough against your in-state rival.