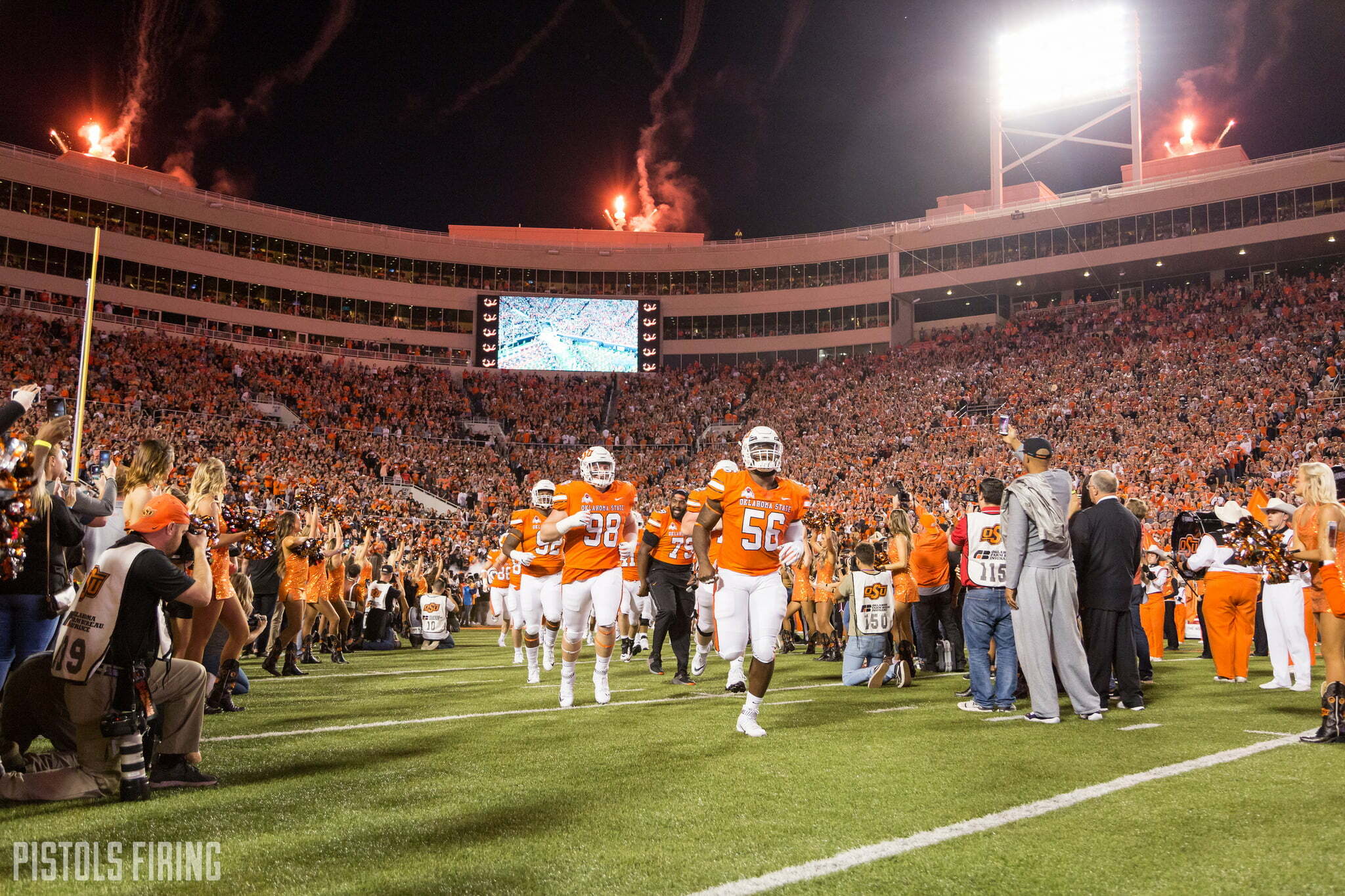 The 2020 football season is in serious jeopardy of being wiped off the schedule like a drawing on a dry erase board.

The coronavirus is canceling everything in its wake in recent weeks from basketball’s March Madness to scouting events like the Nike Hoop Summit and the Portsmouth Invitational. And many other sporting events, like the NBA and MLB seasons, are postponed indefinitely.

If those don’t resonate with you, the real dropping domino that should perk up your senses is the 2020 Olympics, which officially announced it is kicking the can far down the road on Tuesday. All the way to 2021. The International Olympic Committee (IOC) tried dragging its feet to see how the pandemic’s spread would impact the sports calendar, but when major countries in recent days announced they would not participate out of fear stemming from coronavirus, it was a matter of time before the IOC pulled the rip cord.

That may be the case with college football in a short amount of time.

Does that seem like too-soon a conclusion to draw? It shouldn’t. Closing ceremonies for the Olympics were slated to take place in August.

Oklahoma State’s football season is slated to take place only a few weeks later, in early September. And oh, by the way: Olympic athletes are paid. College football players are given stipends. The risk universities would assume in allowing their athletes to take place in any sporting event at this juncture would be significant.

And here’s the real kicker: even a summer 2021 postponement for the Olympics may not be feasible. Here’s the Wall Street Journal on the pandemic’s path and its correlation to the 1918 flu that killed millions worldwide.

Although a joint statement from the IOC and the Tokyo 2020 organizing committee Tuesday said the Games “must be rescheduled to a date beyond 2020 but not later than summer 2021,” there are no guarantees that the Olympics could be held even then. The 1918 influenza pandemic, which killed an estimated 50 million people world-wide, lasted more than a year and included three waves, according to the Centers for Disease Control and Prevention.

The joint statement cited the World Health Organization’s assessment that Covid-19, the disease caused by the novel coronavirus, is accelerating, with more than 375,000 cases now recorded world-wide and in nearly every country. It added that the Olympics must be rescheduled “to safeguard the health of the athletes, everybody involved in the Olympic Games and the international community.” [WSJ]

Suddenly, flatten the curve has replaced live your best as the mantra of 2020. That’s both the reason why football season could be in real peril and why — based off what experts project — it probably should be in peril. Health experts and scientists continue to harp on the importance of social distancing, of limiting contacts, of preventing the spread of COVID-19. It could mean lives saved, hospitalizations avoided, health systems appropriately staffed. If not … all those outcomes could be stressed. More lives lost, more hospitalizations, overstressed healthcare systems and workers.

If the measures in place are relaxed after spreading slows, studies show the spread will again accelerate. And especially so if people making decisions decide to relax those measures far too early.

“The best and safest way to ensure [the college football season] happens is to listen to the experts, follow their guidelines and take care of each other,” said Alabama coach Nick Saban on Tuesday, emphasizing the point to listen to health officials and using his large following to try and get the message out to the public.

Saban’s message of optimism hasn’t been shared universally. Whereas he seemed rather rosy about a season actually happening, former Texas coach and current UNC coach Mack Brown told the News & Observer that there is real concern about a 2020 season not existing.

“There is a great concern because of the remedy that comes in with football,” Brown said. “Coaches really have no clue. There is a fear of ‘would we have a season?’ ‘Would we have a partial season?'”

So everything appears to be on the table. A canceled season. A full season. A partial season. A single-game between Alabama and Clemson to decide who should be the real national champion in 2020. (Or maybe it should include UCF?)

No one knows how this will unfold.

What we know is that senior U.S. health officials insist on stringent measures being kept in place indefinitely to avoid the pandemic from worsening, even if it’s at the cost of the economy. Even if, dare I say it, it costs us the college football season. What we do and how we respond now could impact football in the fall — and so much more in the future.

“These big social distancing measures take time to work,” said Johns Hopkins director of health security Tom Inglesby on Monday. “The impact of big interventions in Wuhan China took about 3 wks to start to reverse things. And then everyday after the situation got better. In the US, we’re about 7 to 10 days into this, depending on the state. We need to press ahead for now w closed schools, mass telecommuting, no gatherings, strong advisory to stay home unless you need to go out – all are needed to slow this pandemic.”