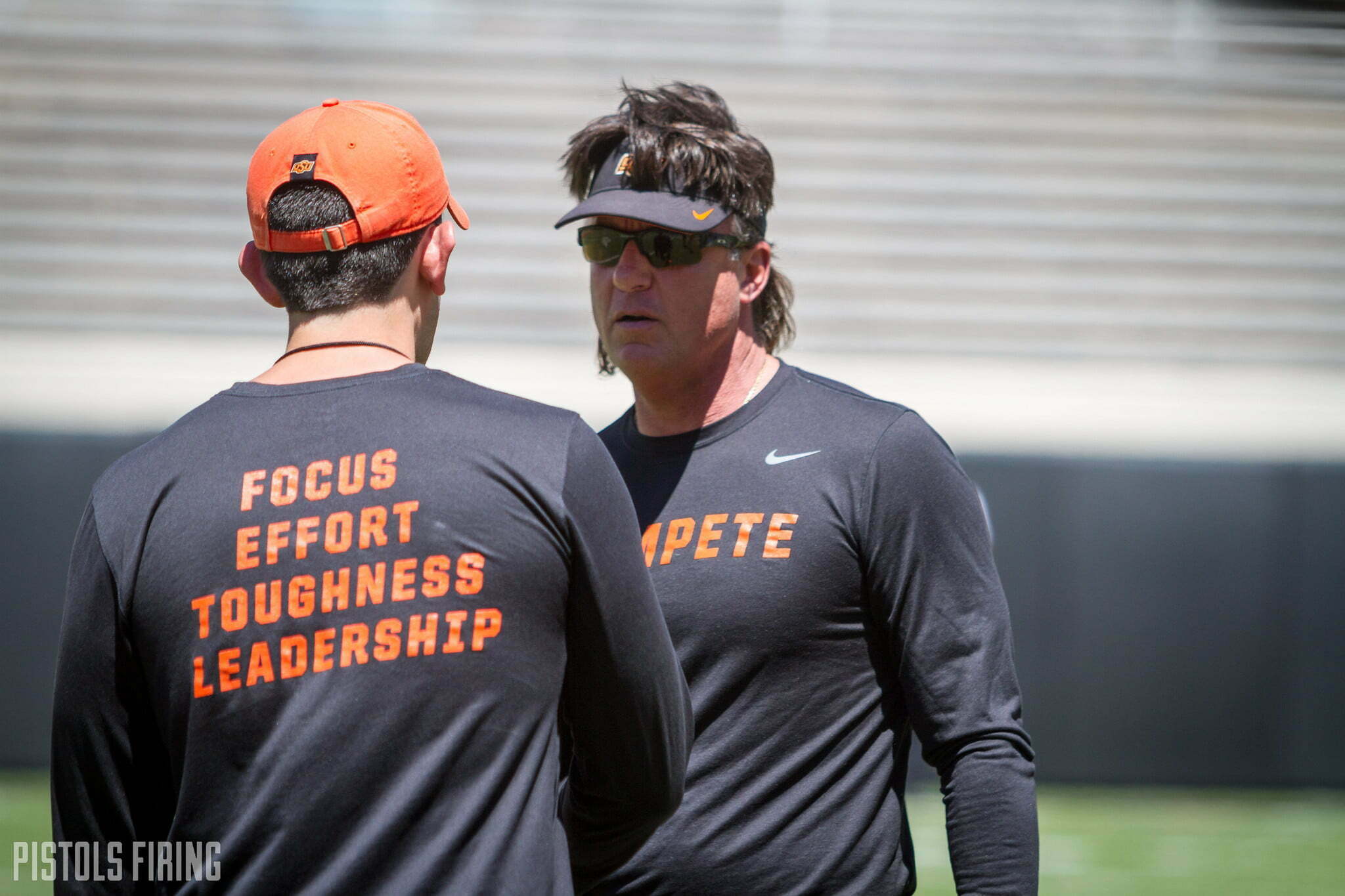 They say the devil is in the details, and that is certainly true when it comes to football.

One missed tackle can make the difference in the result of an annual rivalry game and preclude a team from a conference title. One missed call by an official can rewrite Super Bowl history, or at least its participants. My apologies to New Orleans fans, and specifically Dustin Ragusa, for opening a somewhat fresh wound.

Unfortunately for Oklahoma State fans, an attention to the details seemed to be missing from Mike Gundy’s latest football team.

Tied for 91st in penalties per game and tied for 115th in penalty yardage per game, OSU’s 2018 squad totaled of 917 lost transgression yards, just 14 shy of the school record set in 2002. A program known for its discipline was found sorely lacking in that category.

If that above-mentioned expression holds any credence, then Satan’s crescendo was that abhorrent outing in Waco when the Cowboys were flagged 12 times for 133 yards. The result? A head-scratching loss to the Bears who scored 14 unanswered points in less than five minutes down the stretch.

Conversely (and unsurprisingly), the Cowboys’ three biggest wins last season — and their only against ranked opponents — came when they committed the fewest penalties.

The only other game in which the Cowboys were flagged less than a half-dozen times was the five-penalty, 31-yard punishment they took in Norman — and they were a stone’s throw from taking the lead in the waning minutes of Bedlam.

It’s an issue that was fresh on Gundy’s mind this offseason and even following his team’s open spring practice.

“Last year we got hurt at times turning the ball over, and we were penalized,” said Gundy. “We’ve worked hard, and hopefully we’re better in those areas. We’ll continue to work in August.”

Part of working on that issue included what Gundy said will be stiffer repercussions for drawing that yellow flag. Gundy had a set of officials at each of the Cowboys’ spring practices.

“The first thing we have to do is minimize our mistakes, not beat ourself,” Gundy said. “There was times last year [that] we beat ourself.”

Gundy laid a heavy amount of the onus on whoever it is that takes snaps at QB1 this spring — those candidates combine for exactly one snap since they each arrived on campus a year ago — but he said it falls on all of the players to make the most of their opportunities. And it’s going to have to include a shift in culture back to what Gundy teams were previously known for.

Following that loss in Waco, Gundy seemed almost at the end of his rope, or at least it was the first time he outwardly displayed his frustration with this team’s lack of discipline.

“We are going to have to come up with some plan to where we can get our guys to be a little more disciplined on some of those penalties because that’s a huge factor in these close losses,” Gundy said after the loss.

It could be argued that mental errors and mistakes made the difference in several games during last year’s disappointing season, and a continuation of that trend could spell the difference between a resurgent year in 2019 and back-to-back unsatisfactory finishes in Stillwater.

The Cowboys will replace 14 starters from last year including essential roles like quarterback and all of their defensive line starts. Even more so, they’ll be looking for younger players to step into leadership roles for a team that was, frankly, lacking in that department last season.

One holding penalty or pass interference didn’t turn Oklahoma State, a perennial 10-win team, into a 6-6 regular season squad. You could cherry-pick a missed throw here or a whiffed assignment there and come up with a scenario where the Cowboys reached double-digit wins or even came home celebrating from Norman. But it certainly narrowed the Cowboys’ already thin margin for error. And that’s not something they can afford in consecutive seasons.