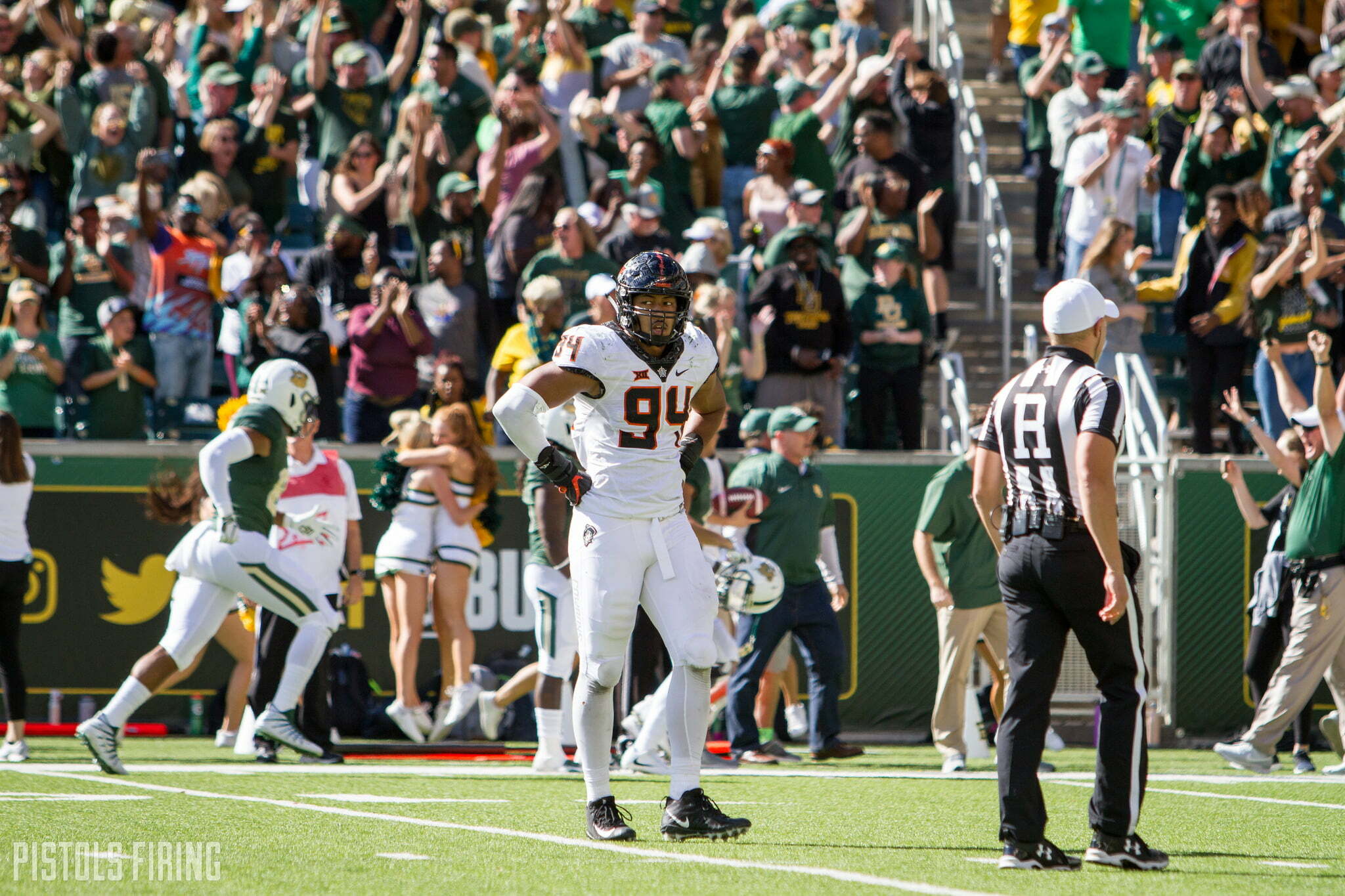 Anecdotally I came into this year thinking Oklahoma State as a program is getting more undisciplined and more penalized, not less. That’s what I’ve been saying all season, and it’s an easy thing to say when you look at this year’s stats. The problem is that it ain’t true.

That’s why this season is so confounding and so infuriating — for fans and, maybe for the first time all season it seemed on Saturday, for Gundy.

There was real irritation in the head man’s voice on Saturday in his press conference as he perturbingly preached about how much he preaches about what OSU needs to do to solve its penalty woes. The Pokes currently rank No. 122 in the country in penalty yards against per game (out of 130 teams). They are on pace for more penalties and penalty yards against than any team in the Gundy era.

The reason OSU is so penalized is not, it seems, because coaches don’t emphasize it.

“It’s a big factor in our losses,” said Gundy. “What … disappoints me is we talk about it every single day, every practice, every meeting, and I talk about it twice before we go on the field, once in the hotel and once in the locker room. But that’s not getting it done for some reason.”

If that is the case then OSU is one of the most penalized teams in the country likely for one of the following reasons:

There are surely more reasons than that for being called for so many penalties, but those are the three primary ones that stick out. And guess what? All three of them can be pinned on both the players and the coaches. If it’s not Mike Gundy’s $5 million job to make sure he’s getting across themes that engender success for the Pokes then what exactly is his job?

“We are going to have to come up with some plan to where we can get our guys to be a little more disciplined on some of those penalties, because that’s a huge factor in these close losses,” added Gundy.

It’s absolutely true, and it’s a fascinating case study. Because in recent years OSU has, statistically-speaking, been quiet and clean. They haven’t had much laundry thrown their way, and I have to think at least some of that is due to the culture. And now? It’s going the other way. Why is that? That’s a big question for not only Gundy but the rest of the season and beyond. The sample size is big enough now that these are not statistical oddities but rather part of the DNA of this year’s team.

“We’re just not the team that can overcome that many plays, bad plays, I should say, or undisciplined plays,” said Gundy. “That will be the thing that I’ll first start to work on tomorrow when we get them back for practice (on Sunday).”

Unfortunately for Gundy, much of the season has already fallen by the wayside, and implementing discipline in the middle of November is not exactly a recipe for championship success.