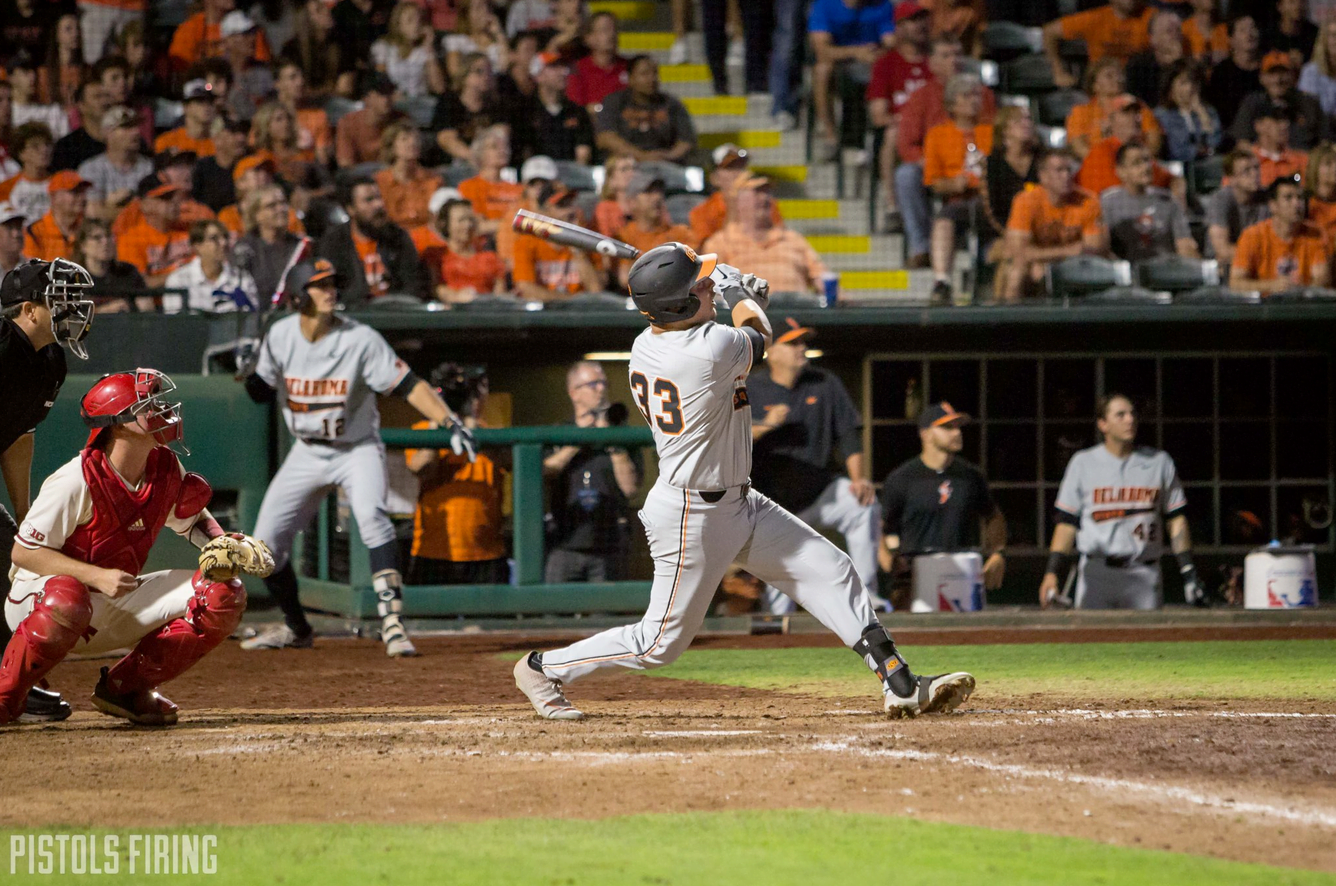 As a human with the last name Boone, I’m uniquely qualified to claim Trevor Boone as an extended member of my family (please don’t check ancestry.com).

Boone’s moonshot — known by those in the inner circle as a #BooneBomb — put OSU to within one win of hosting a Super Regional. A win Sunday evening would officially do it.

But holy moly, can we rewind real quick before we move forward (hopefully) into the Supers and, potentially to Omaha? Can we sit, for just a moment, and appreciate that special Boone Bomb in all it’s wonderful glory? Indulge me — and please, indulge yourself! — as I do exactly that. Here were my four favorite moments from that game-changing, potentially season-altering Gap Band event.

This was, undeniably, the best moment of them all. All week, softball star Samantha Show stole the show with her bat-flipping, tomahawk-swatting antics in the Women’s College World Series, but the biggest bat-flip of the week turned out to be from a baseball player. Check out this bat hurl; I presume this Demarini is still rolling around somewhere in Bricktown.

#OSUTwitter unearthed a gem, as #OSUTwitter tends to do. After we all lived the huge moment in real time, it was discovered that Carson McCusker, who was in the on-deck circle when Boone went yard, followed suit with Boone and also tossed his bat when he realized it was a homer. It actually got more air time than Boone’s bat toss.

With such a forceful swing and straight-line homer, Trevor Boone actually broke a sign at Bricktown. Seriously. His ball plunged right through an illuminated “H” in left field, part of a sign that reads “CHICKAWSAW BRICKTOWN BALLPARK.”

I have a feeling it’s an expense Mike Holder will gladly write off.

Also, no longer an urban legend.

#OKState coach Josh Holliday on Trevor Boone's homer: "I heard it hit the 'H' on the sign. It could be an urban legend already."

As you would imagine, OSU players, fans, my dog — they were all excited about it. Nebraska’s pitcher, though. He knew as soon as Boone caught it that it was gonezo — and his keeled-over reaction said it all. It wasn’t an official walk-off, but it might as well have been. And everyone in the ballpark knew it. 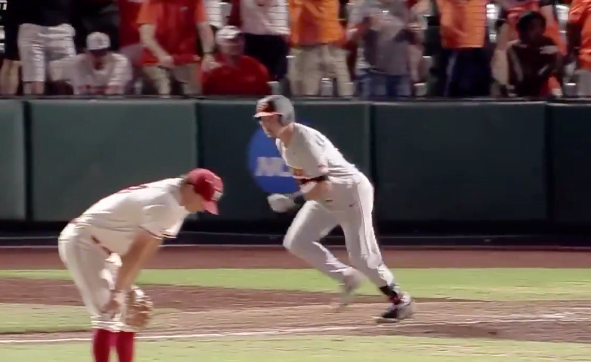 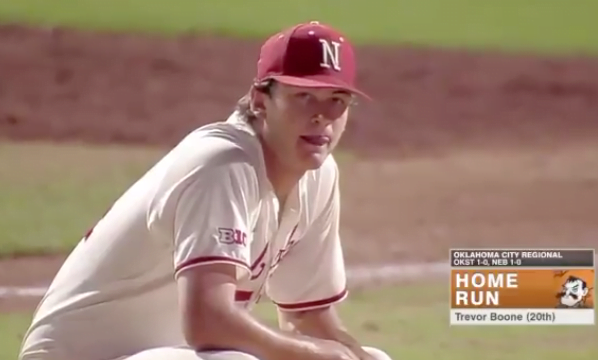 If that isn’t the face of somebody who knows his team has just lost a regional in just their second game, then I don’t know what is.