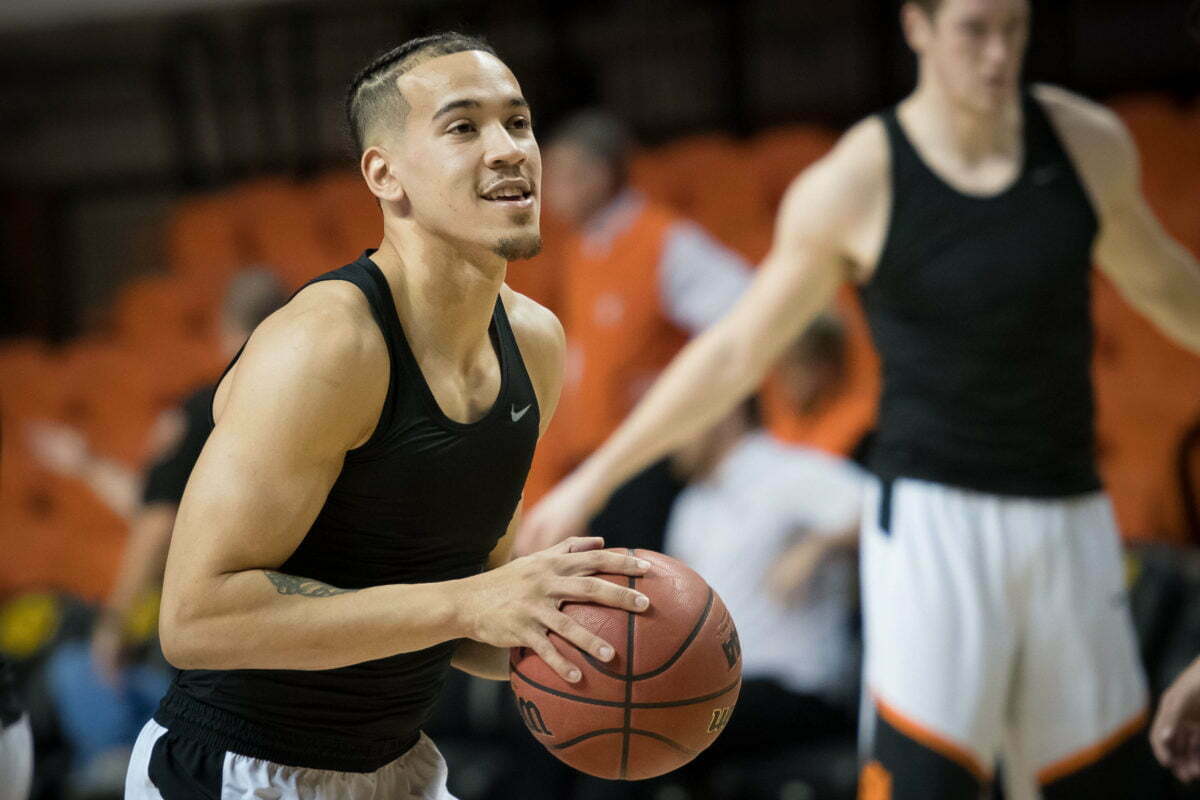 With the Big 12 taking a break from league play to face off against the SEC in the yearly hardcourt challenge, this seemed like as good a time as any to check in on what OSU is doing well, doing poorly, and is downright awful at.

If you want to be optimistic about OSU’s chances of sneaking into the NCAA tournament, here’s the good thing at this point in the season. They have zero bad losses and only more on the schedule.

That’s the perk of playing in the Big 12, especially during maybe it’s deepest year ever.

A bad loss in the NCAA committee’s eyes is one to any team outside the top-100 in RPI. OSU’s worst losses so far are to Kansas State (RPI 53) and Baylor (RPI 89) and both of those came on the road. The Cowboys still have two more games against those teams, but both are in Stillwater.

The only real chance on the schedule for a “bad loss” is at Iowa State on February 27th. The Cyclones’ RPI is 78, which is better than Baylor’s*, and a loss on the road is always more forgivable than a loss at home, but by then, it’s likely to be very different.

One other positive is that OSU is still the best in the Big 12 and top-20 in the country in free-throw percentage at 77.4 percent. It’s a slight dip from before league play started when they were shooting 80.5 perecent from the charity stripe.

*This is why I’m a bigger believer in Kenpom rankings than RPI. In Kenpom KSU is 32nd, Baylor is 45th, and ISU is 99th. That feels more accurate than the RPI rankings.

Things OSU was good at heading into Big 12 play, they are now not so good at now.

It’s to be expected that certain stats are going to drop when you go from non-conference opponents to conference opponents, but some of these drops are ugly — especially on the defensive side of the ball. OSU is giving up 6.7 more points a game. That isn’t good, especially for a team whose offensive numbers have also dropped since the start of league play.

The Cowboys are going to have to earn those “DEFENSE” shorts if they want to reach the eight Big 12 wins we all think it will take for them to earn an invite to go dancing.

Here’s a gut-wrenching stat. In OSU’s five conference losses, the Cowboys led at halftime in four of them.

The real issue is that it looks like the problem is getting worse. In the last three games OSU has been outscored in the second half by 17, 12, and 17 points.

A lot of this has to do with the team’s lack of depth, and the difficulty of the Big 12. There are no games off. It’s not like football where you get Kansas and Baylor on the schedule for breathers. Every team is decent, which makes every game a game.

If the Cowboys are going to reach the NCAA tournament (and that’s a BIG if at this point), they’re going to HAVE to figure out how to be better in the second halves of games.