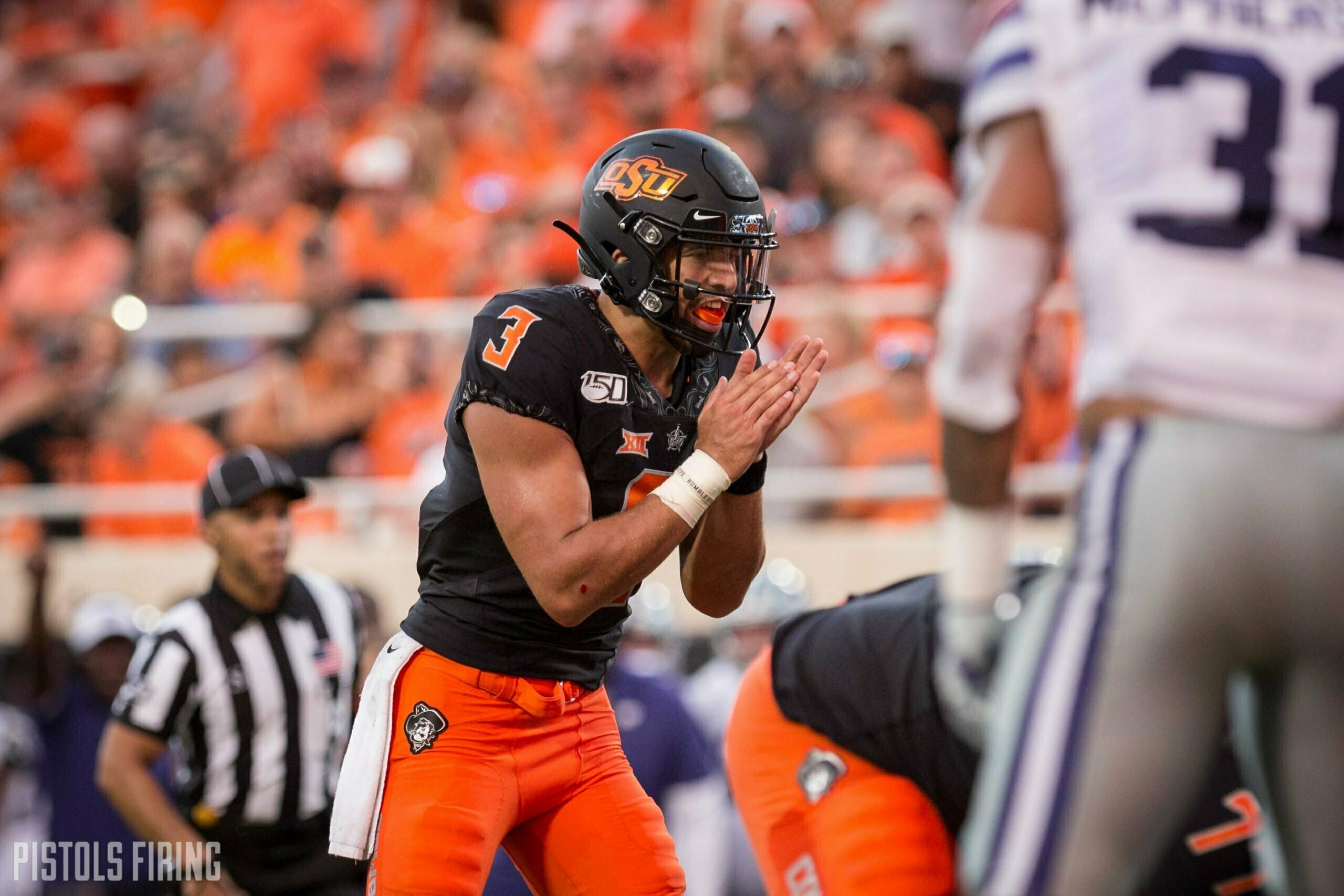 In his first full season as OSU’s starting QB in 2019, Spencer Sanders’ competitive spirit was sometimes a hindrance to his on-field production, Mike Gundy said Tuesday. If it’s possible, he was actually too competitive, so much so that it worked to his detriment.

But after harnessing that energy last season, Sanders, now entering his third season as the starter, is primed to take a leap this season if he improves in one specific area.

“This year his development in the throwing game now that he’s learned to control his emotions will be important through spring and August,” Gundy said.

Gundy said Sanders was “over-competitive” and he “let his emotions get caught in the game” at times earlier in his career, which stunted his decision-making and development overall.

Sanders finished the season with exactly as many pass attempts and total completions last season as he did in 2019 — 155-of-247. He finished with fewer total yards both on the ground and through the air, too. It’s jarring actually to see just how closely his 2020 season statistically looked compared to 2019.

Yet a year older and a little wiser, 2021 might be the time when Sanders’ talent and decision-making finally meet his potential. That competitive drive harnessed properly can be a lethal weapon for OSU’s air attack, so the coming few months will be critical to laying the groundwork for a career season.

“As he now learns to understand what to do with the football and take what the defense gives him, it’s just going to give him a chance to become a better player at this level,” said Gundy.