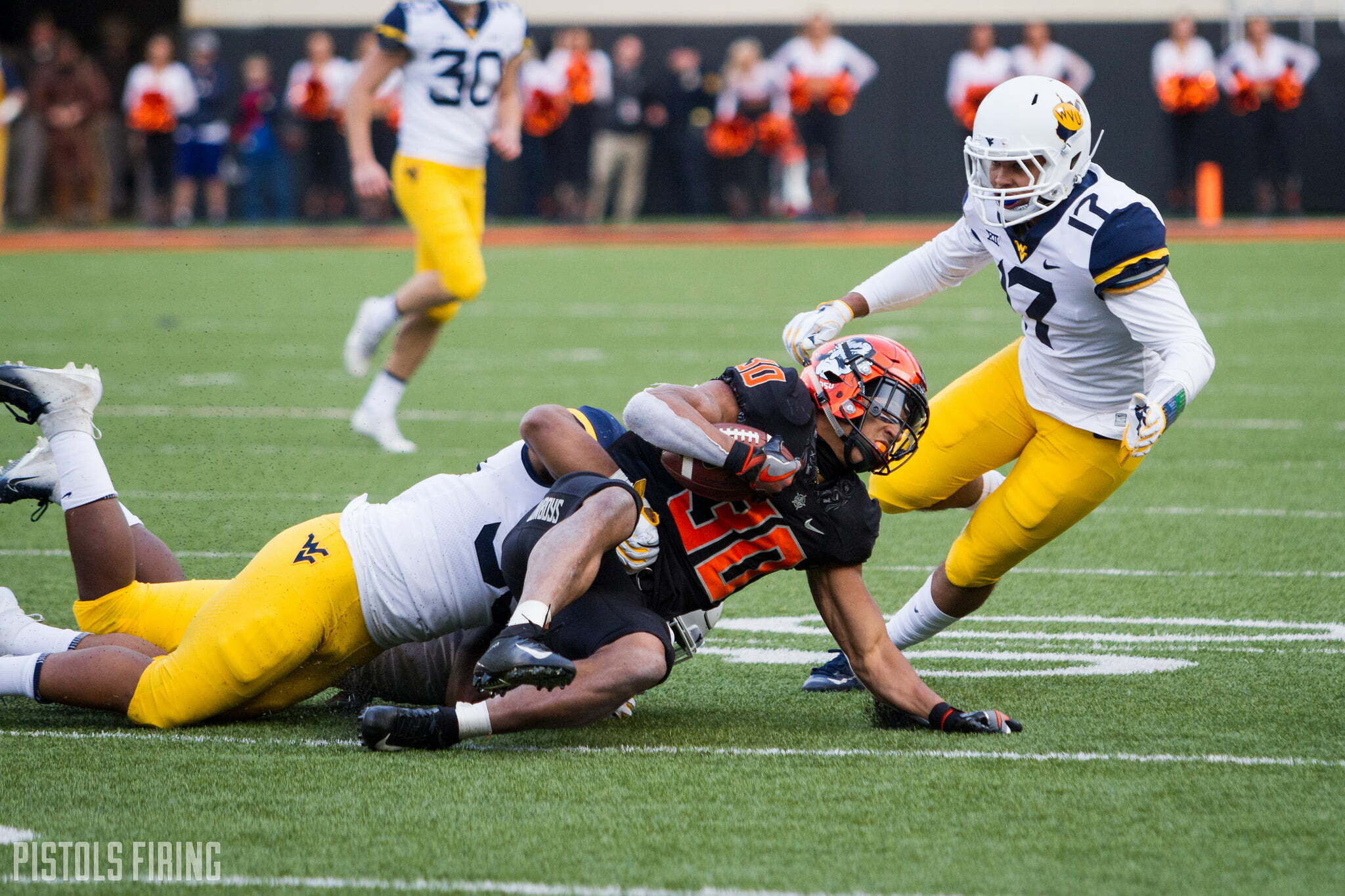 The past couple of weeks have revealed a telling OSU trend for 2018, and the Cowboys’ upset win over West Virginia all but verified it. There are many big statistics that tell the story of the Pokes’ season this year, but there’s one in particular that has shown a direct connection to the team’s wins and losses.

OSU’s most significant and telling statistic lies in their rushing yards. The Cowboys are now 6-0 on the season (and 91-21 in the Gundy era) when outrushing their opponent. Conversely, they’re 0-5 when they get outrushed by their opponent (29-37 under Gundy).

Rushing performance has played a large part in both of the Cowboys’ upset victories this season. Against the Texas Longhorns, the Cowboys pounded the run game, rushing for 51 times against the Longhorns en route to a 38-35 win. This past weekend against West Virginia, OSU ran for 7.7 yards per carry in the second half and 266 yards total to knock off WVU, 45-41.

The ironic part about West Virginia’s win was that the Cowboys found their run success in the second half almost exclusively out of spreading the defense out in 10 personnel (four receivers no tight ends). This is with the knowledge that head coach Mike Gundy installed the Cowboy Back mostly for the reason of bolstering the run game. The Cowboy Back has certainly helped the Cowboys in the run game, but the West Virginia win shows the versatility of OSU’s rushing attack. Now that the offensive line is apparently improved, the Cowboys can attack a defense on the ground in a number of different ways.

The Cowboys are preparing to face a banged up TCU team that’s on its third-string quarterback Grayson Muehlstein. Expect the Horned Frogs to run the ball early and often to try and play keep away from the Cowboys. If the Pokes can hold the shorthanded Frogs on one end and find a way to establish the run against a stout TCU front, they should have every opportunity to leave Fort Worth with their seventh win of the season.