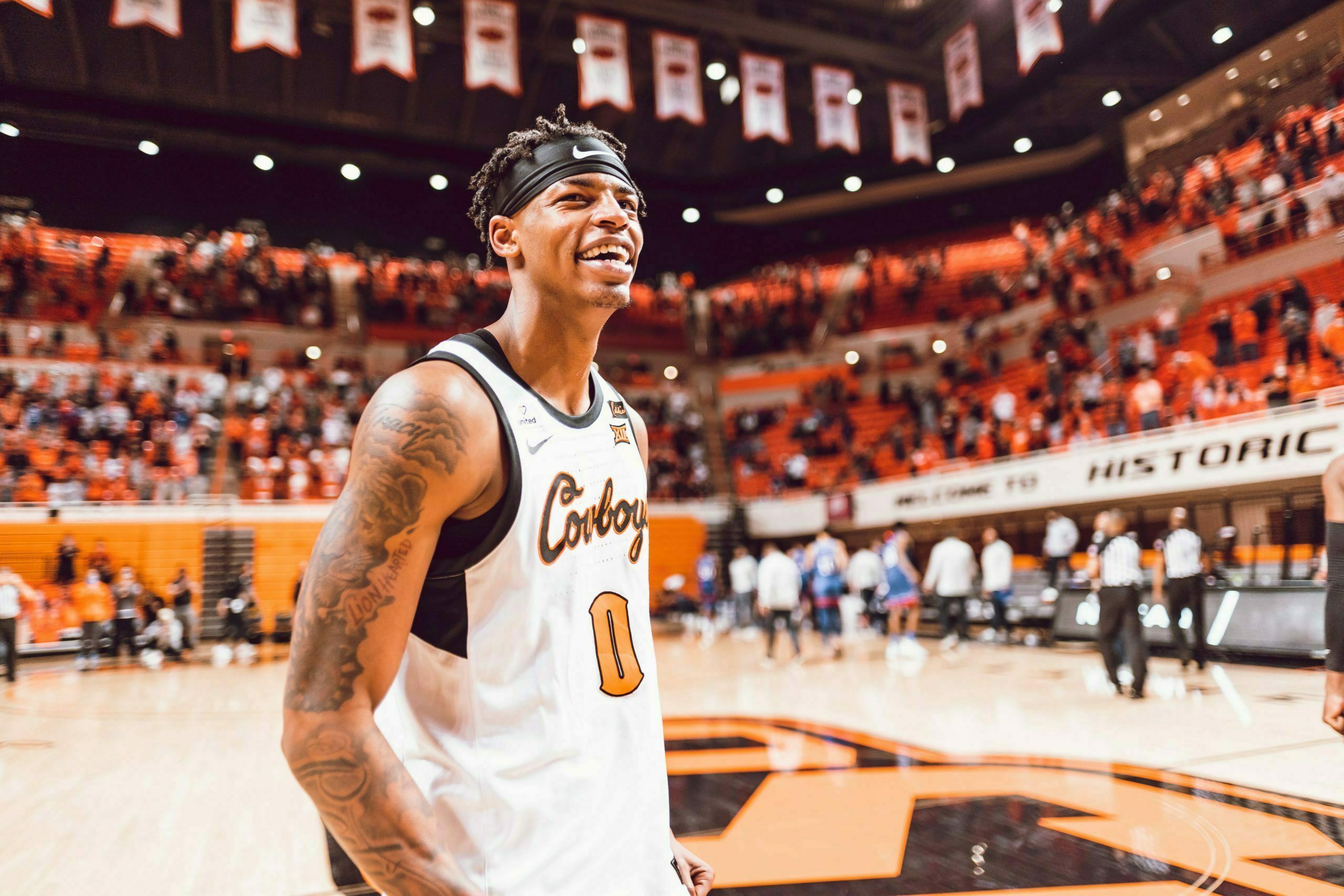 STILLWATER — Avery Anderson turned a good season into a great one down the stretch, so much so that he decided to test the NBA Draft waters after his sophomore season.

Anderson announced his return to Oklahoma State on Sunday after going through the early portions of the draft process without losing his NCAA eligibility.

The process is more complex than it seems.

It started with paperwork. Anderson had to fill out of form asking general information like his school, his phone number and his coach.

“I didn’t even know I had to fill out paperwork,” Anderson told PFB. “I just thought like I would just enter my name in somewhere.”

After Anderson emailed the paperwork it was a bit of a waiting game. He stayed in Stillwater, attending workouts and class.

Anderson said he spoke with some of his NBA friends about the process. He spoke with former NBA stars Jermaine O’Neal and Mo Williams. Anderson played on their AAU teams in the past. He said he also spoke with current NBA guys in Terrance Ferguson and Tyrese Maxey.

He told OSU coach Mike Boynton in his end-of-the-year meeting of his decision to test the NBA waters. He said Boynton was “all about it,” and that it felt nice knowing Boynton was behind him.

“It’s still kind of unreal to me,” Anderson told PFB on April 13. “Like, I could possibly have a chance to play in the NBA and fulfill my dream. It’s exciting, but at the same time I know I still got a bunch of work to do.”

Anderson was waiting on his Undergraduate Advisor Committee (UAC) evaluation. The evaluation gives prospective draftees an estimate for where they’ll be selected, if at all.

NBA Basketball Operations compiles evaluations from NBA teams and provides that compilation to each UAC applicant.

In the NBA’s Undergraduate Advisory Committee Educational Guide, it states the evaluation is accurate when projecting first round selections. In 2016, 2017 and 2018, 91% of players who had a first round evaluation went in the first round.

The process is also accurate at predicting when a player will go undrafted. In those same years, all 30 of the players who received an undrafted evaluation but chose to stay in the draft went undrafted.

It can get a little dicey when projecting second-round selections.

“I kind of figured it because my season beginning wasn’t all like that,” Anderson said. “At the end, I started popping out and showing I could play, so I knew I need to show more. And so that’s why I’m coming back to prove to people that I could play the whole season and not just play half of the season how I did.”

Anderson’s sophomore season got off to an unusual start. He averaged eight points and 3.5 rebounds in OSU’s first two games, but then he didn’t play again for two weeks after his roommate, Chris Harris, contracted COVID.

As he was regaining his footing throughout the season, Anderson had solid performances against Texas Tech in Lubbock, where he scored 17 points, and Texas in Stillwater, where he put up 16. But things really started going in OSU’s final 10 games.

In his return, Anderson said he wants to better his 3-point percentage and become a better passer. After shooting just 8% from 3 as a freshman, he shot 33% this past season. He also bumped his assist average from 1.4 a game to an even 2.0.

Although he got an undrafted evaluation this year, early signs point to that being different in 2022. NBADraft.net projects Anderson as the No. 18 pick in the 2022 draft, as of now.

Anderson told PFB that a few NBA teams enquired to Boynton about him while he was in the draft pool. So, while Anderson’s aspirations of being in the NBA might not come to be this year, it might not be long.

“It means my dream’s close,” Anderson said. “I just can’t get caught in the moment. My mind is on next season right now. I’m not even worried about the draft stuff anymore. I’m just worried about being a leader on the floor, helping my team get better while they helped me get better so we could go back to March Madness and win the championship and also win the Big 12 championship.”