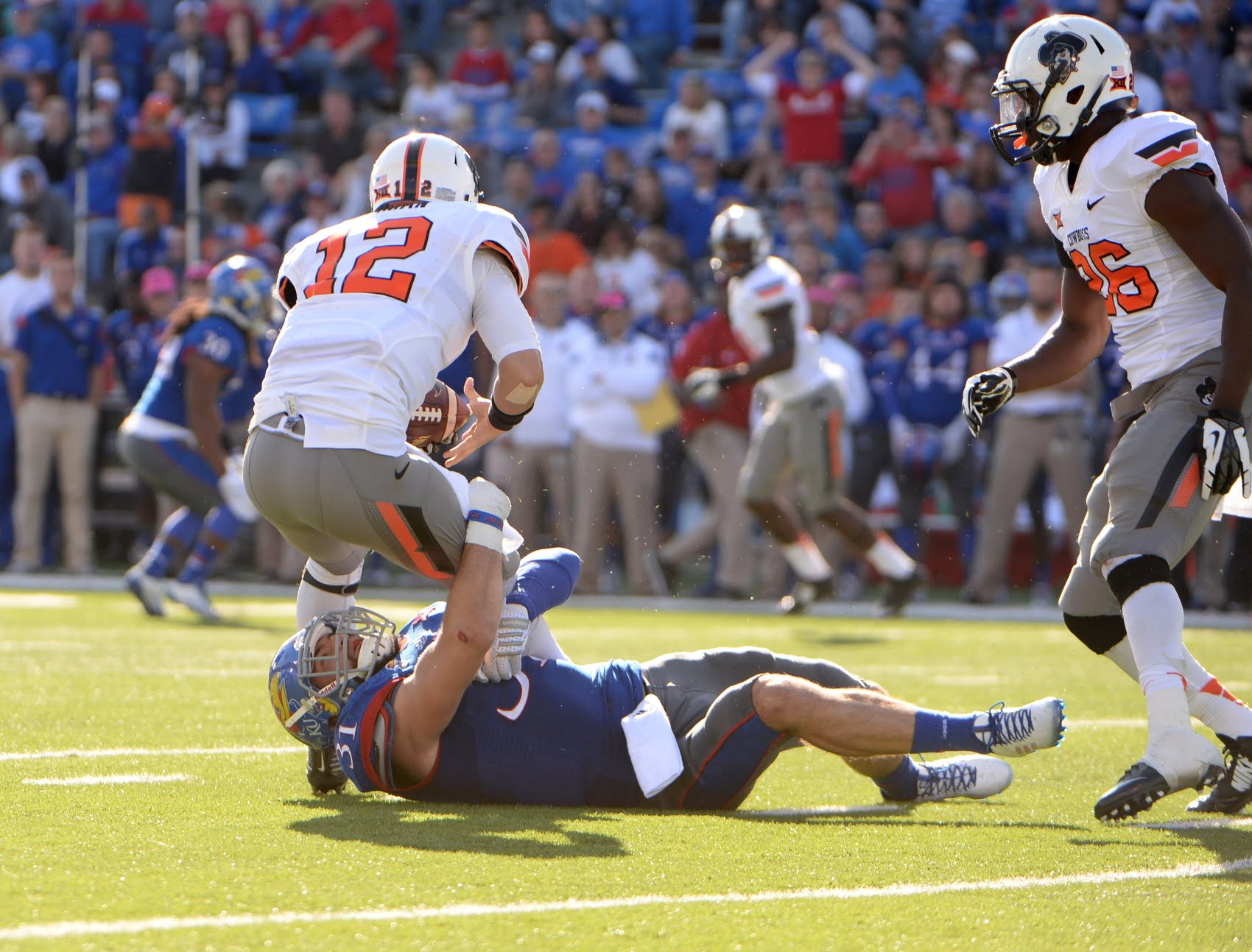 This has been happening far too often (USATSI)

You can put Mike Yurcich on the first Greyhound out of Stillwater as many times as you want in your head[1. Kevin White’s Greyhound, I presume.] and that’s not going to change the real problem with OSU’s offense this season.

Now is that a Mike Yurcich problem? It might be — at the very least it’s a leak he should be able to at least plug — but it’s also a program problem and it coincides with having a new offensive line coach and a host of new players up front.

You want proof of all of this? First, OSU started three sophomores against Kansas on Saturday — never a recipe for anything good happening.

And nothing good happened.

Daxx Garman was sacked four times and sadly that’s not an anomaly for this team this season. Look at these two charts showing how many sacks OSU has given up and where it ranks nationally in sacks given up per game. 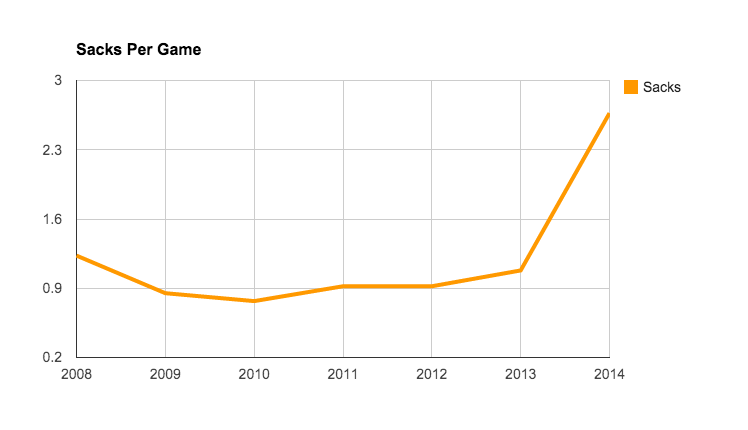 Those are just putrid numbers. OSU hasn’t allowed more than 1.23 sacks a game since 2008 and now it is allowing nearly three a game. Awful.

The national ranking, if possible, is worse. 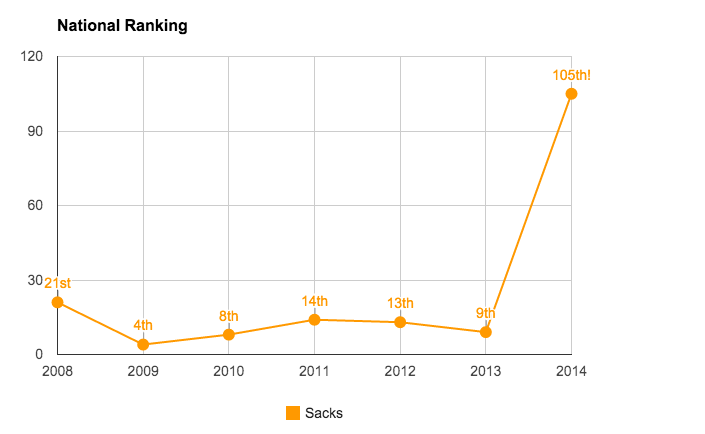 Is part of that a QB who doesn’t go through his progressions as quickly as others (Chelf) and isn’t able to escape the pocked when it collapses (Walsh)? Sure, but not all of it.

Gundy addressed this on Monday — and has been pretty blunt all season about what needs to happen.

Gundy's response to O-line's frustration with fan and media perceptions: "My suggestion to them is block better."