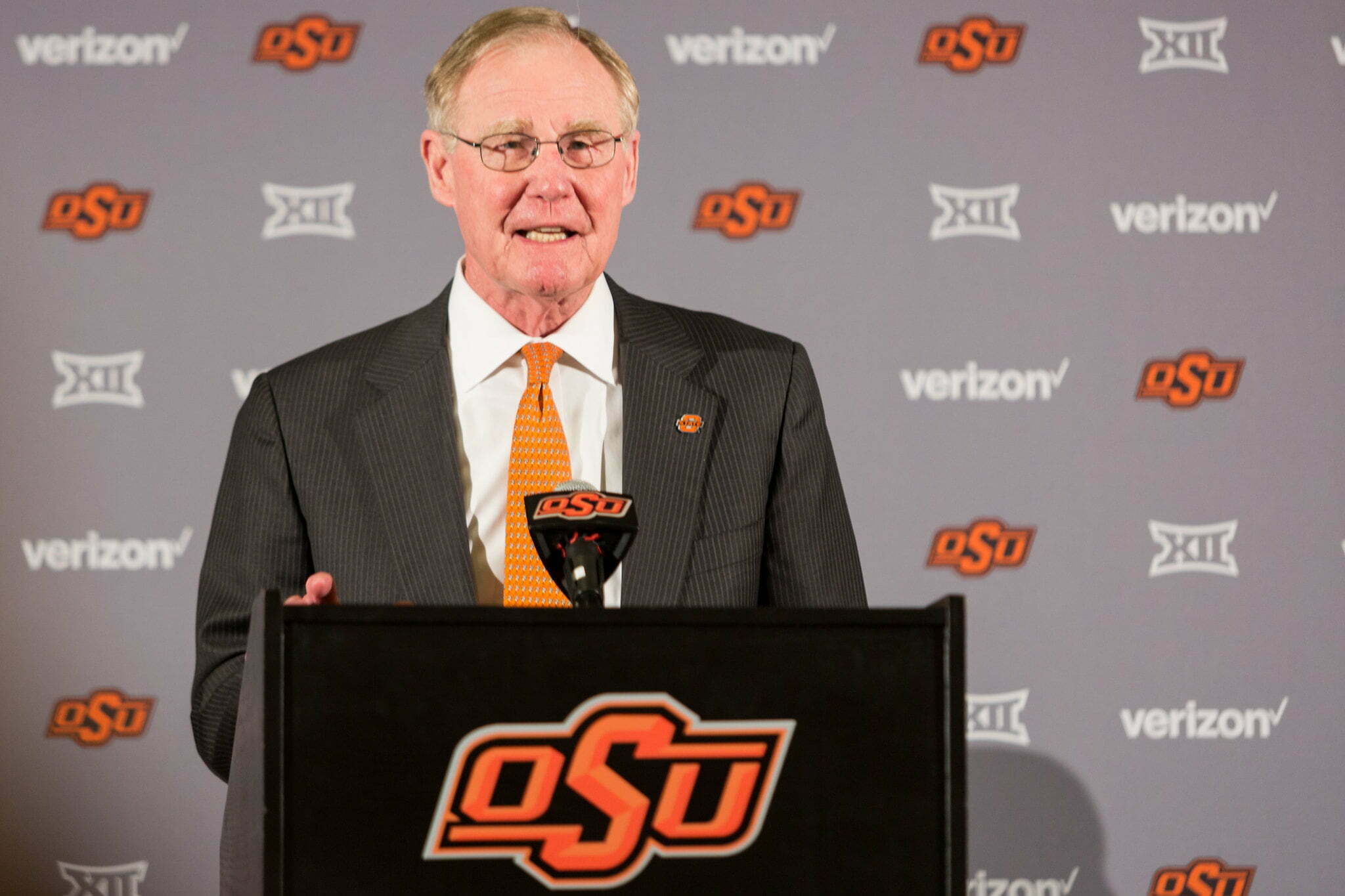 Last Thursday, June 17, Oklahoma State President Burns Hargis addressed the OSU/A&M Board of Regents with a letter, urging the removal of the “Murray” name from Murray Hall and North Murray Hall on OSU’s campus. On Friday, the Board voted unanimously in agreement.

The adjacent academics buildings which sit at the southwest corner of campus were named for former Oklahoma governor William H. “Alfalfa Bill” Murray who is known for, among other things, his advocacy of racist policies including segregation as well as his support for Jim Crow laws during the infancy of our state.

Murray State College in Tishomingo, Okla. as well as the state’s Murray and Alfalfa Counties and Lake Murray were also named after him.

“Today’s decision to remove Murray’s name from our campus is an important step to eliminate any actual or symbol of racism on OSU’s campus,” said OSU President Burns Hargis in a release. “For many in the OSU family, the building’s name has invoked reminders of a painful past. I appreciate the leadership demonstrated by students, faculty, staff and alumni, and the unanimous action the Regents took today to remove the name.”

Murray’s actions and oppressive views and political platform weren’t the type of thing you just chalk up to the (frankly, feeble and flawed) excuse of being old-fashioned or “of a different time.”

Before anyone uses this news as a political talking point on Twitter, you might want to see what I was able to uncover about Murray just from a short search on the web.

Before holding office as the state’s ninth governor, Murray served as the first Speaker of the Oklahoma House of Representatives. He was also one of a small group that oversaw the framing of the state’s Constitution preceding statehood in 1907. By the way, that document included several white supremacist and segregationist policies which were deleted at the insistence of President Theodore Roosevelt before the Constitution could be ratified. 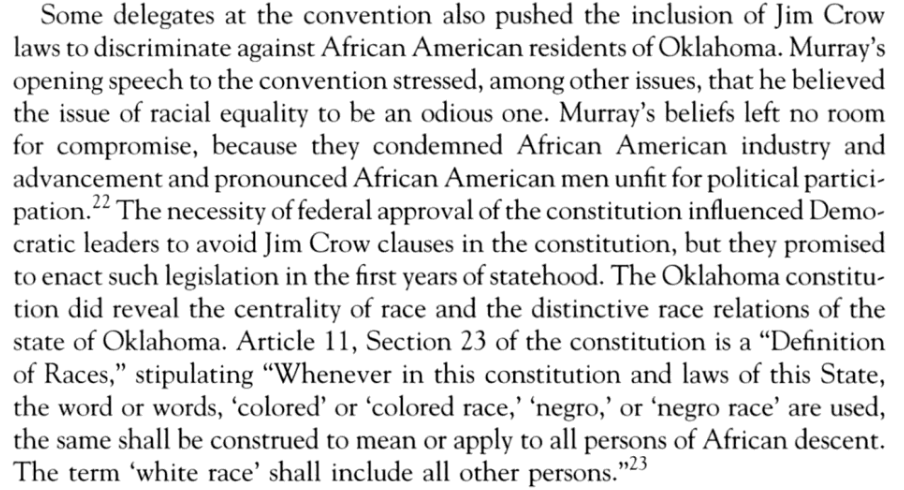 When he served as the state’s Speaker of the House, Murray was quoted as saying the following.

“We should adopt a provision prohibiting the mixed marriages of negroes with other races in this State, and provide for separate schools and give the Legislature power to separate them in waiting rooms and on passenger coaches, and all other institutions in the State … As a rule they are failures as lawyers, doctors and in other professions … I appreciate the old-time ex-slave, the old darky – and they are the salt of their race – who comes to me talking softly in that humble spirit which should characterize their actions and dealings with the white man.” [The Worst Hard Time: The Untold Story of Those Who Survived the Great American Dust Bowl]

So countless Black students have attended class in buildings that donned the name of a man who believed they didn’t belong there. Fortunately, that reminder of bigotry and bias will no longer stand at Oklahoma State University.

Murray’s gubernatorial platform was also based on his racist views. His campaign slogan was in opposition to “The Three C’s — Corporations, Carpetbaggers, and Coons” and he pushed for even stricter segregation laws than those already in place.

Murray also wrote a book entitled The Negro’s Place in Call of Race: The Last Word on Segregation of Races Considered in Every Capable Light as Disclosed by Experience which, among other things, reinforced and propagated his evil views on race, segregation and his concurrence with the views of Adolf Hitler.

The following is an excerpt from the book 1948: Harry Truman’s Improbable Victory and the Year that Transformed America that talks about Murray and his own book which he reportedly carried around and quoted from later in life.

I must admit I was not as informed as I should be about some of the uglier chapters of our state’s history, specifically pertaining to Murray. But once you start digging into his legacy and outspoken intolerant views, you wonder why this move wasn’t called for earlier.

The initial removal began immediately on Friday, but some carved-in labels will take a little longer to eradicate.

This is a huge step in the right direction and sign of solidarity in a time of so much discord. It’s a show of strength for the university, not a sign of weakness.

History, much like the present, is a complicated tapestry of facts. Some are celebrated while others are (conveniently) ignored. There’s a shortage of nuance in this world and not everything is truly binary, regardless of how much easier that is for our minds to process.

But there is nothing complicated about a decision to not glorify a figure — regardless of how prominent or influential he may have been — when he so ardently opposed the values that Oklahoma State embraces and continues to strive to uphold.