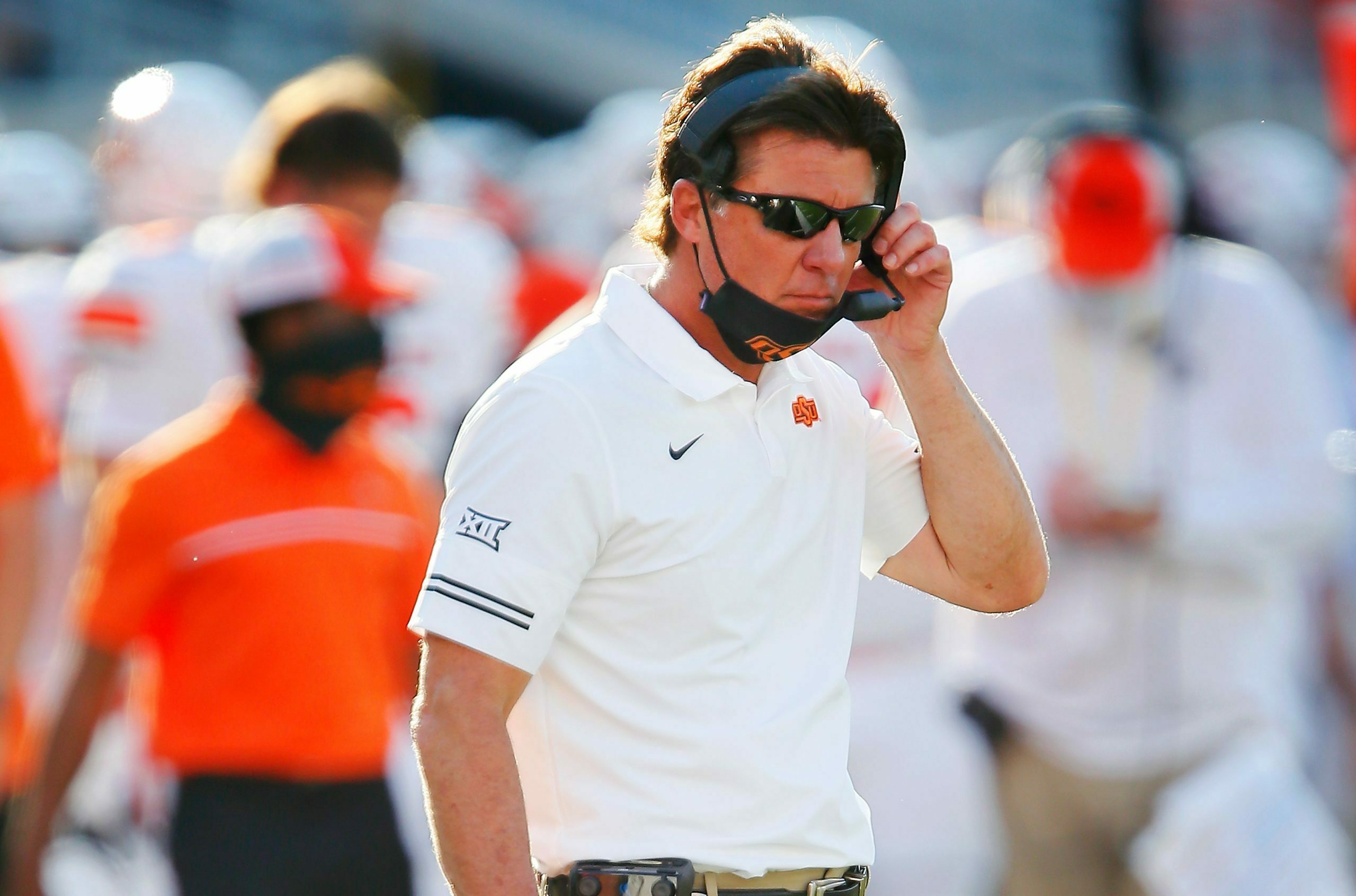 Mike Gundy’s Cowboys are the only FBS team in the state that finished Saturday unbeaten.

The Cowboys beat West Virginia 27-13 on Saturday in Boone Pickens Stadium. Here is everything Gundy said in his postgame news conference.

“Our defense was really good again, continued to go out there, and as we struggled offensively, they kept their head up and made plays. We’re obviously putting the ball on the ground too much offensively. We’re gonna have to clean that up.

“Find a way to finish a game. We were able to put a drive together there to end the game, but we’re going long periods of time and not being in sync offensively. We’ve got a lot of work in that area.

“I thought our special teams was excellent again. I feel like at a certain time we were a little bit undisciplined with penalties, even thought they were … like with [Kolby] Peel’s was a little unusual. We gotta back off on some of the offsides, become a little bit more disciplined.

“But we found a way to win. Again, defense continued to get stops and gave us an opportunity to win the football game.”

On how close Spencer Sanders was to playing Saturday

“He could’ve played. I’m not saying he can run like he would’ve run. I hate when people put percentages on things, but 80 percent maybe. It would’ve been better for him and us if he didn’t play today, but he could’ve.”

“Average. What would be somewhat expected for a true freshman.”

“It looks like they played well. There were a number of times where we influenced the quarterback. I don’t know if it will show up statistically because he got rid of the ball right before we hit him. You guys might know better than me, but I bet we got at least 10 hits on him today. Sometimes those count. He sat in the pocket, I’ll give it up to him. He sat in there and took a lot of hits today. But our backer pressure was really good.”

On Thurman Thomas being inducted in OSU’s Ring of Honor

“I told the team and other people, my fondest memories of Thurman are of him as a practice player. He practiced just as hard as anybody I’ve ever been around. He went full speed all the time, took pride in it and that’s why he played the way he played, and that’s why he was a tough guy.”

“I’m just thrilled with him and his ability to protect and his ability to rush the football. He started to cramp up a little bit today, but it’s almost like he just said, ‘Hey, I’m a senior. I’m gonna roll with it this year. I’m gonna play lights out.” His attitude, the smile on his face and his willingness to compete has been awesome.”

“When I say average, if we’re gonna grade him based on a college quarterback not being a freshman, that’s why he fell into the average category. For a true freshman being out there, he played OK. And there’s times where he made mistakes, but there’s times where he did make some big plays. All that’s gonna take time. The guy’s young. We found a way to win, and that’s what’s important right now. We certainly have a lot of work ahead of us. We don’t need to cancel practice, but we at least found a way to win.”

On how he would evaluate Chuba Hubbard through two games

“We have to have him healthy, rushing the ball, taking care of the football in order for us to be a good offensive football team.”

On if Hubbard is banged up

“It looked like he got about, I guess I only saw two or three plays. The times he was in, it looks like he got downhill, tried to rush through there and get the yards that he could get. Depending on the weather and the health, he’s a guy who can rotate in a little more.”

On teams all around the country finding a way to win

“It would be like us trying to explain the virus. It’s a very unusual season, the conditioning of the teams is unusual. The make up, the focus is different than it ever has been. I’ve not been involved in anything like this, just watching what happens during the week and on the field.

“The point you’re bringing up is exactly right, you just gotta find a way to win somehow. It’s not pretty. I’ve been here 16 years as a coach, and that’s not how you draw it up. But, it’s just an unusual year. It’s different than it ever has been, so the guys have to find a way to win a football game and make enough plays. Then we have to keep coaching simplicity, high reps, try to put them in a position to win football games.”

“I’m glad we’re back out here. I know people are getting canceled across the country, and I will again say that our medical staff and our players, I just told our players again in the locker room, for us to continue to have negative (tests), I’m shocked. I’m not so naïve to think that that’s gonna stay that way, percentages tell us that guys are gonna start to get it here and there, but they’ve been very disciplined. Our medical staffs have great information, and our players have done a good job of protecting themselves and helping to protect the society here in Stillwater. I’m very proud of them for that and the way that they worked hard to try to help each other out.

“We’re looking forward to another week of practice and getting to play another football game.”