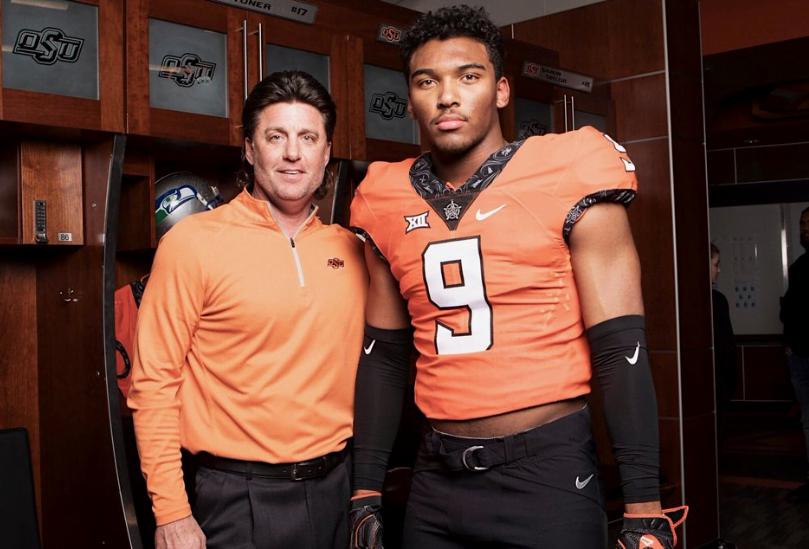 Next up as I move through my breakdowns of Oklahoma State’s 2020 commitments is in-state recruit Brynden Walker. Walker announced his commitment on Twitter this past Monday after receiving an offer from the Cowboys in late February.

The Bishop McGuinness product is the third defensive recruit of the 2020 class, and is currently the second highest rated prospect behind offensive lineman Eli Russ. Walker recorded 50 total tackles, including 17 sacks, during his junior year. Along with being named to the Oklahoman’s Big All-City football roster as a defensive lineman, his recruitment also really started to take off after his impressive junior campaign.

He’s currently listed as an outside linebacker on both 247Sports and Rivals, but he also lines up at defensive end and plays tight end on the other side of the ball. The Oklahoma City native’s father played at LSU and had a nine-year career in the NFL with the Denver Broncos, Minnesota Vikings, Oakland Raiders and Tennessee Titans.

Note: Rated as the 7th best prospect in Oklahoma by Rivals.com.

Top Offers: As I mentioned earlier, Walker’s recruitment really started to pick up steam recently. He received offers from Iowa State, Kansas, Kansas State, Minnesota, OSU, Rutgers, Texas and Texas Tech, all in the month of February. In addition, Arkansas, Arizona State, Georgia and Oklahoma had been showing interest.

At 6-3, 230 pounds and with great athleticism, Walker could possibly play the Calvin Bundage/Devin Harper linebacker role or the Jordan Brailford defensive end position. The OKC product has an incredibly quick first step and blows by offensive linemen with ease. In addition, he uses his hands really well to shed blockers and stop the play in the backfield.

I was able to watch McGuiness’ 5A second round playoff matchup against Bishop Kelley, along with their regular season contest against a talented Guthrie team. Walker showed his versatility in these games by lining up as an edge rushing defensive end, shown in the first image below, and an outside linebacker, as you can see in the second image. 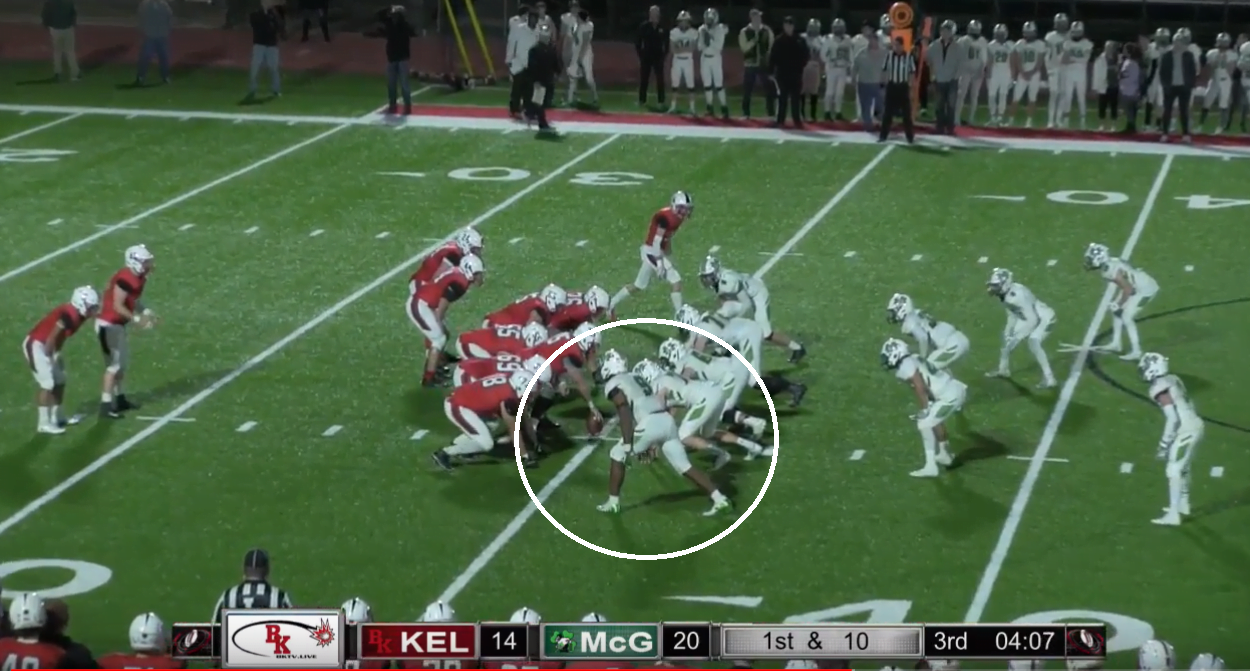 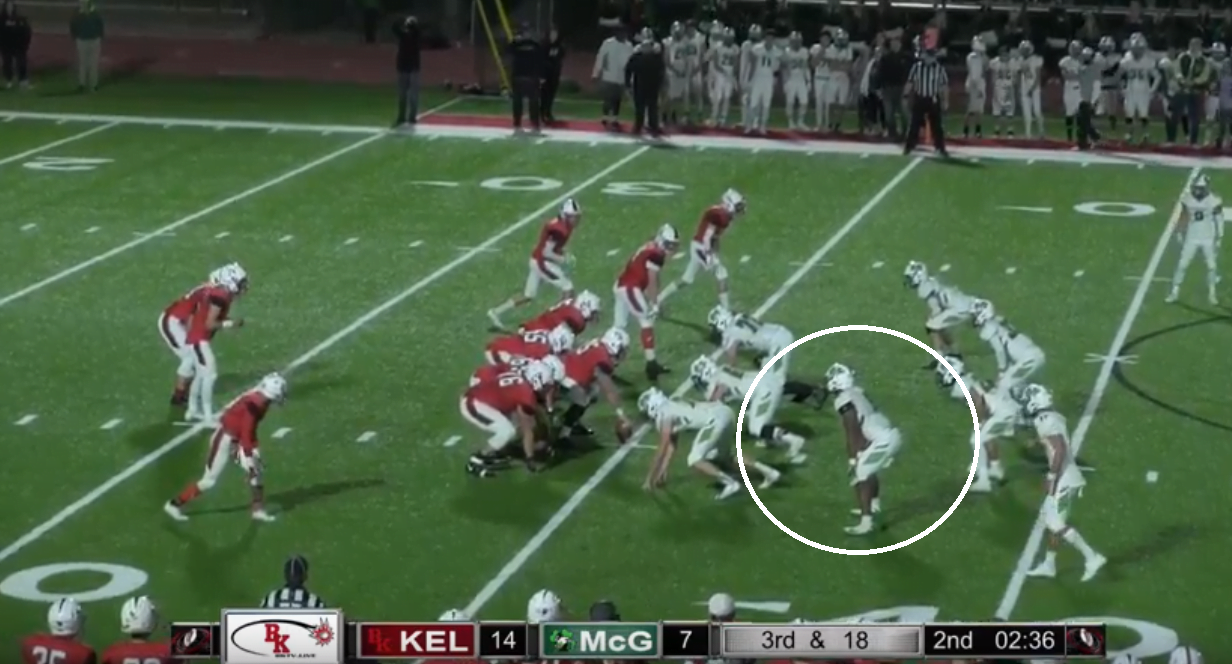 He also lined up at times with his hand in the ground on the defensive line, as you can see here. 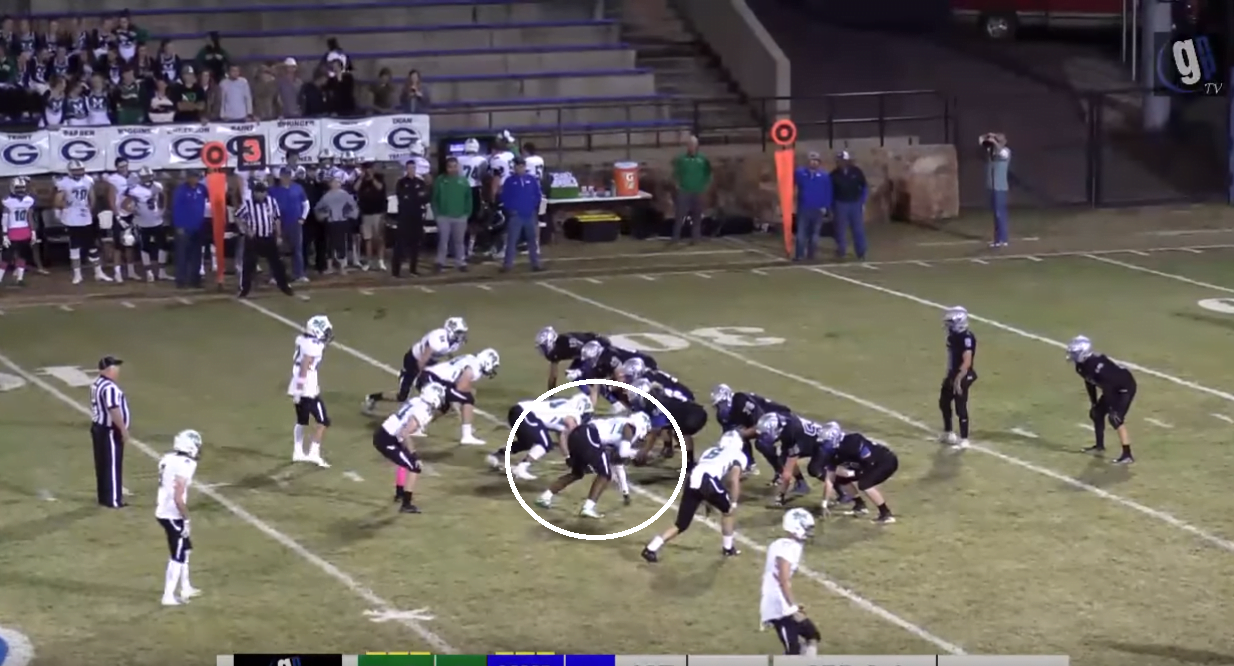 As I stated earlier, he has insane speed for someone his size and is able to chase down much smaller, quicker players in the open field, as shown in the following clip.

Although he specializes in blazing by opposing offensive linemen on his way to the quarterback, he also has some nice moves off the line. For example, the spin move displayed in the video below.

Walker does have a little room to improve from the defensive end position in terms of setting the edge, breaking down and making a tackle. However, I expect him to continue working on this during his senior season, and he possesses the talent to excel in this area.

Below are Walker’s highlights from his junior season.