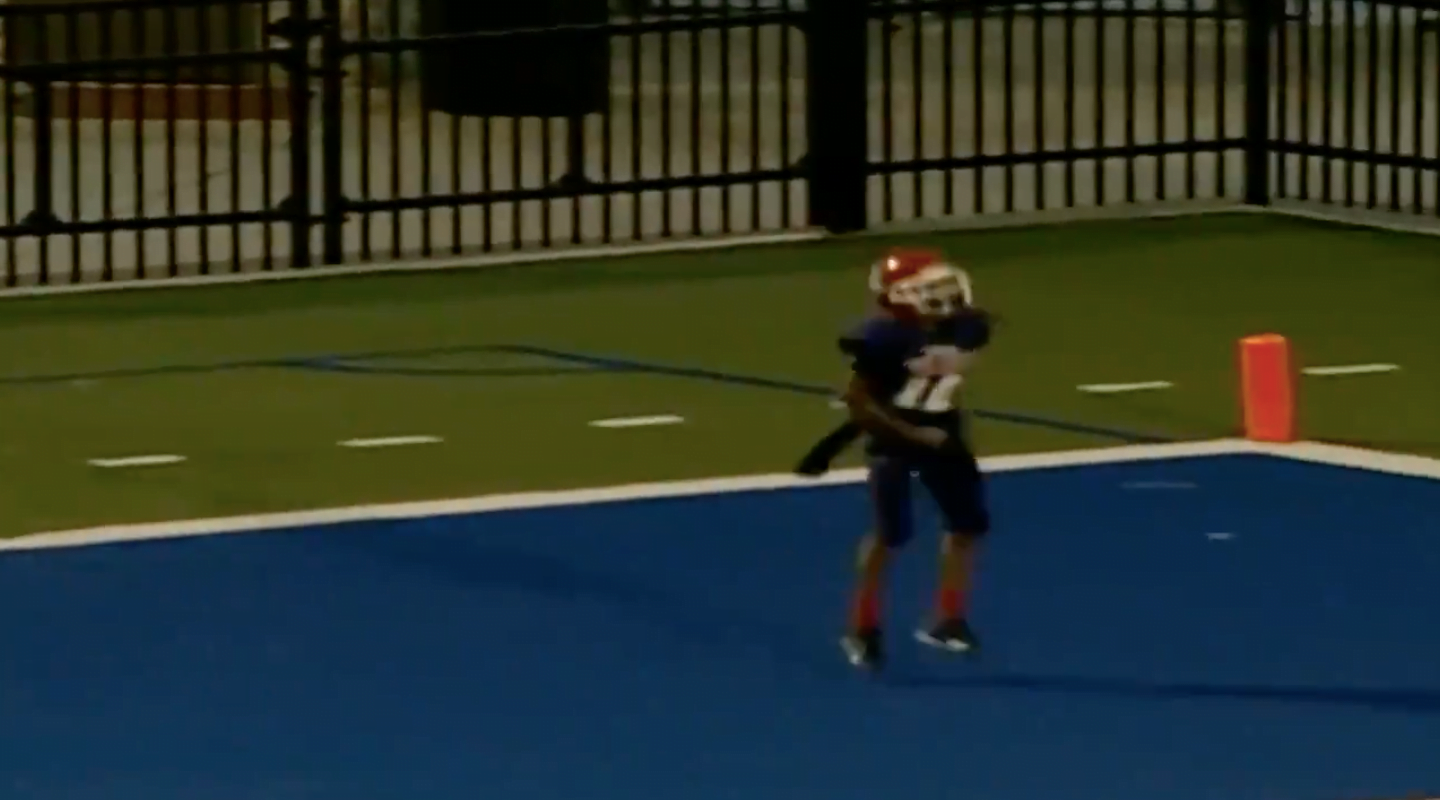 Brennan Presley was a star in OSU’s bowl game against Miami, and by all accounts he was the star of spring practices, meaning he’s likely to slot in as a star in his upcoming sophomore season.

None of this is surprising, and as it turns out, this was predictable long before he burst onto the scene as a high-schooler at Bixby.

Cayden McFarland of KJRH fame in Tulsa posted on Friday a highlight from Presley as a fifth-grader that foreshadowed his greatness. In the play, Presley actually mistimes a lateral pass aimed his way. But what follows is one of the most incredible feats of athleticism you’ll see from a fifth-grader. With poise, he collected the ball and scurried down the sideline to score. The play won his team the game and the state title. (Wild sidenote from McFarland here: Rod Thompson — Bryce Thompson’s father — is on the call here. When he realizes what’s happening he appropriately meets the moment.)

Presley had only seven receptions for 125 yards and three scores in his freshman season, but he’s in line to soak up WR1 volume this season after his six-catch, 118-yard and three-score game in the Cheez It Bowl.

“He’s a guy that everybody loves,” OSU offensive coordinator Kasey Dunn said this spring of Presley. “The guy just outworks everyone and busts his a– every day. He turned in a hell of a game against Miami, which we all know, and we saw a glimpse of what he can be down the road. He’s just such a positive kid that everybody loves him. He easily steps into that (leadership) role. Now he just needs a little more production, a little more skins on the wall and everyone will buy into what he’s talking about.”