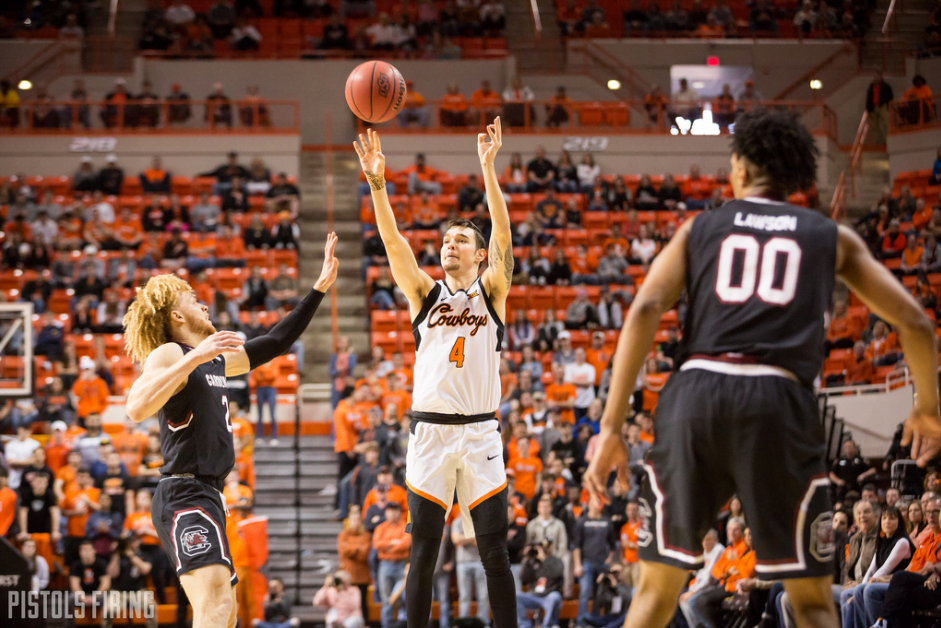 Oklahoma State has endured an up-and-down season so far. During his second year at the helm, Mike Boynton’s team is four games back from where it was in Year 1 to this point. That’s in no small part due to the departure of four would-be role players and the loss of Trey Reeves for the season due to injury.

Needless to say, OSU needs to find scoring where it can get it, and that means riding the hot hands of its 3-point shooters.

When the Cowboys took care of the visiting Gamecocks on Saturday, it came off of a career 19-point performance from junior guard Thomas Dziagwa. Dizzy lit it up from deep making a career-high five of his nine 3-point attempts. Lindy Waters, who followed only Dziagwa with 17 points of his own, threw up seven 3s, making three.

The Cowboys have been letting in rip from deep this season and even more so over the last month.

OSU has attempted 43 percent of its shots from beyond the arc since the start of conference play and including the South Carolina game. Its 171 attempts in seven Big 12 games is behind only Texas during league play (172), a steep uptick from even earlier this season. During the same amount of nonconference games (13), UT attempted 58 mores 3s than OSU.

But this is more than just a recent trend. In the two years under Boynton, OSU has attempted more 3s than all but two of the previous 15 seasons at OSU.

The only two years that OSU attempted more 3s per game during this span were Travis Ford’s first couple. In 2008-09 he had Obi Muonelo and James Anderson combining to shoot 12.2 per game. A year later, Anderson, Muonelo and Keiton Page combined to shoot 18.1 per game.

This year Boynton’s pair of high-volume shooters are Thomas Dziagwa and Lindy Waters who are averaging 11.9 long-ball attempts per game combined, and they are both making them at a very high rate. Curtis Jones is actually attempting more 3s than Waters (5.5 per game) albeit in nine fewer games, but is only making 30 percent of them. 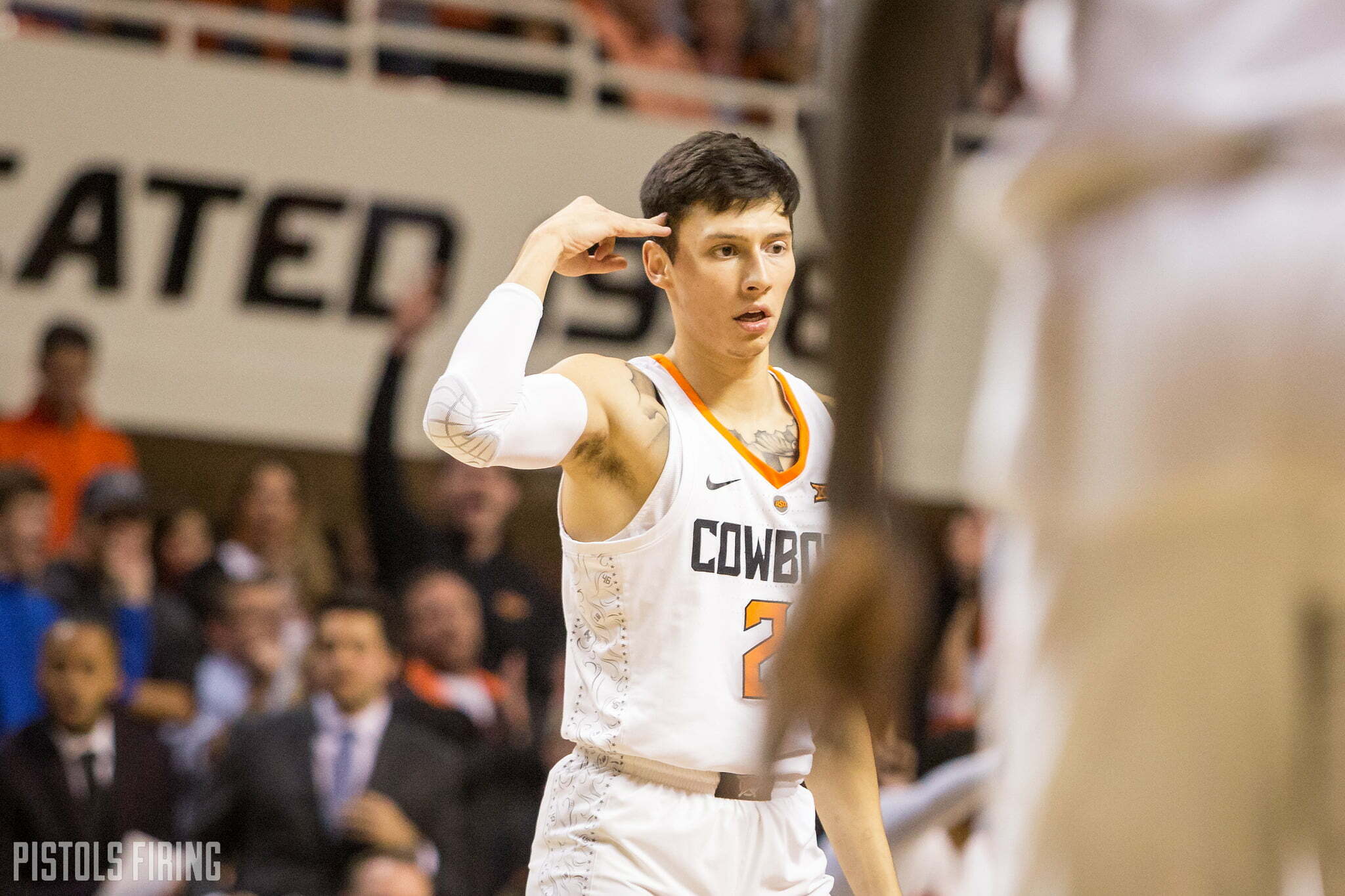 Since Mike Boynton told Waters that he wanted him to be more aggressive on offense, the junior team captain has shot more 3-pointers than 2s and is 7-of-15 from deep in those two games.

If we were to project out the pair’s season based on 20 games worth of data each, we have the following for 31 games.

If those numbers hold up, they would each own top-eight seasons all-time at OSU in 3-point percentage (in the same year, no less). The only two Cowboys to average a higher percentage on more attempts than where Dziagwa projects out would be:

Waters would be behind only Thompson’s same season (but ahead of Forte’s) based on percentage with at least 151 attempts. He would also be just a hair behind Sean Sutton (45.5 percent) for the third most efficient season from 3 ever at OSU.

While the duo is attempting (and making) a high amount of 3s. None will reach the record for volume set by Randy Rutherford nearly a quarter century ago.

Randy Rutherford’s marks of 146 makes on 349 attempts (both school and Big 8 records) will likely never be passed. Not only did he average a ridiculous 9.4 3-point shots per game, he had a deep Final Four run’s worth of games (37) to get those shots up.

The impressive shooting of the Waters and Dziagwa hasn’t helped Boynton fill out more roster spots with scholarship level players and hasn’t equated to the amount of success most probably expected for this season. But with the mix of incoming talent for 2019 and the higher expectations looking forward, it never hurts to have a pair of veteran sharpshooters to spread the floor. If nothing else, it’s pretty impressive to watch.