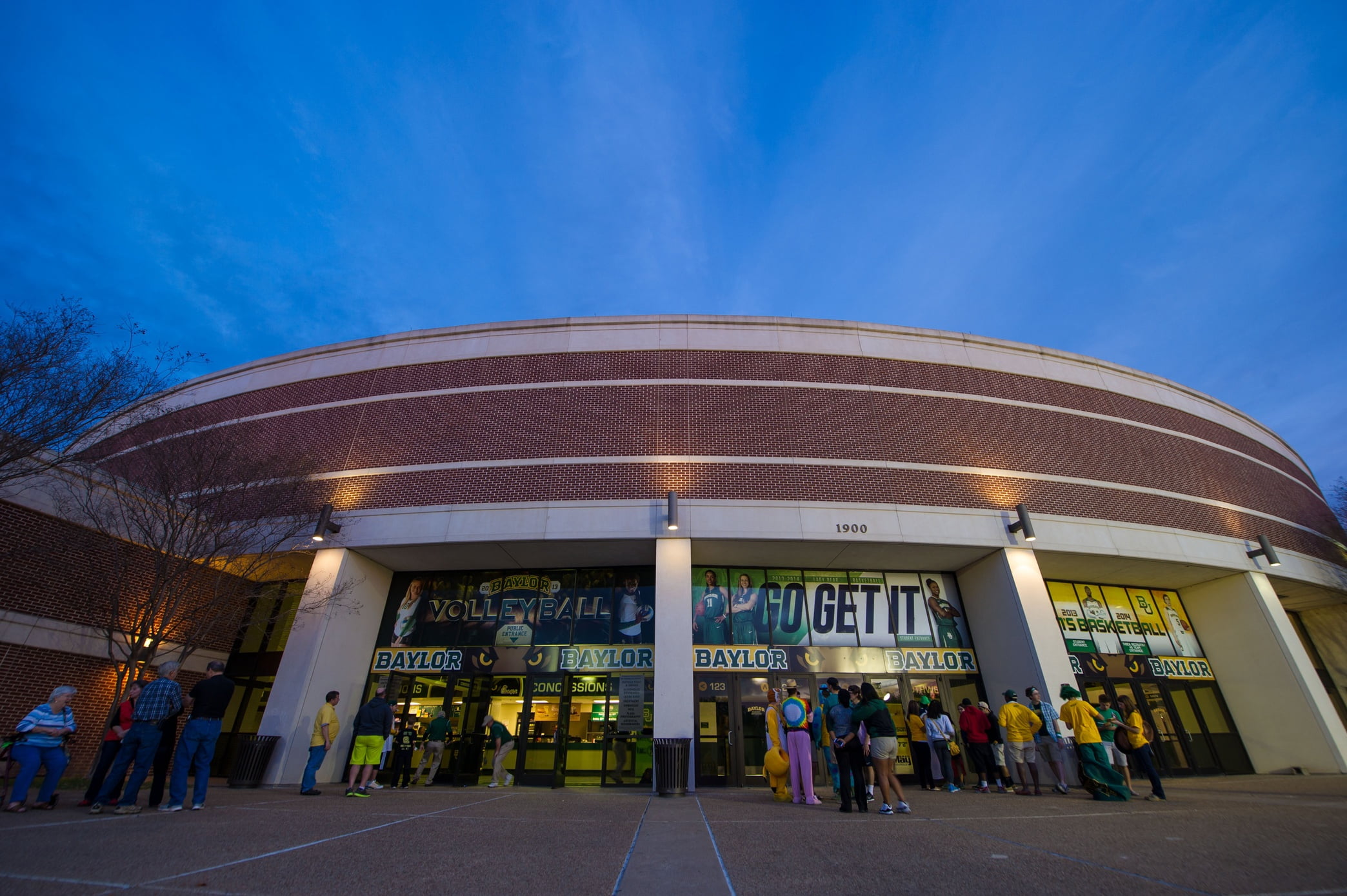 Oklahoma State took down Baylor in Waco on Monday. (USATSI)

Sorry it took so long to get this post up for your enjoyment — Mrs. Pistols and I were deciding how many canned goods to purchase at the grocery store and when we should get them.

Hiring Near You
Jobs from

Well, Travis Ford just won road games against ranked teams within five days and became the first OSU coach ever to win three straight regular season games against top 25 opponents.[1. I understand one of those was No. 25 Texas that should have barely been ranked No. 125, but still.]

Surely the end is nigh.

On Monday night the Cowboys rebounded from their grueling emotion-fest in GIA on Saturday against Kansas to beat Baylor 74-65 in a game which the Pokes dominated for most of the second half.

OSU trailed by one at the break but was shooting 20 percent from 3 and had sustained Baylor shooting over 50 percent from the field. Plus, Phil Forte only had two first-half points.

Then the Cowboys came out smoking in the second half, hitting five of six 3-pointers, and shutting things down with Le’Bryan Nash and Forte.

Those two had 16 of OSU’s final 18 points and OSU didn’t trail for the final 18 minutes. It was decisive, thrilling and…you’re going to be shocked by this, I know…started with some world class defense.

Oklahoma State had just six steals but forced 16 Baylor turnovers in all — the lion’s share being undisciplined, ridiculous passes that led to the kind of looks from teammates that I give my one-year-old when he tries to throw my car keys in the trash can.

Nash led the way for OSU with 22 points, five rebounds and three steals on 8/14 shooting and was 6/10 from the line. He was a monster in the lane hitting fadeaways and spinning left-handed layups with ease.

Baylor, as is the case with most Big 12 teams, had no answer.

Anthony Hickey, Jeff Newberry and Phil Forte managed to go 9/19 from 3 including this sick four-point play from Forte in the second half.

Back to defense, though.

Newberry and Hickey, like Saturday, were huge once again. At one point Newberry got a tip steal on Baylor’s end and basically swam the length of the Ferrell Center before climbing on top of it and calling timeout.

His teammates reacted like he’d just hit a half court shot to send them to the Sweet 16.

This does two things for OSU. First, it gives them somebody to bang with the Rico Gathers’ of the world. Not necessarily shut down, but at least they have to work for their buckets.

More importantly it keeps Michael Cobbins and Nash from getting into foul trouble because they’re guarding out of their position. His astronomical growth in the last week has been immense to OSU’s mini-run.

And speaking of that run, OSU is now 7-5 in the Big 12 having won four of five with three of its next four against TCU and Texas Tech.

It’s not a question of “if” but rather “what seed” for the Pokes right now.

I got a text from one of my friends — an OSU lifer — during the game who said something along the lines of “I love this team, they’re gritty as heck.”

Under-talented and out-athletic-ed (to coin a term) almost every night, they don’t know how to go away. They refuse to get buried, know what they are and never stop playing defense.

A standing ovation from me for the body of work thus far.

• I spent about 15 minutes looking this up so I’m going to post it. In the last six college basketball seasons, two (two!) power conference guards have shot worse than 40 percent from 3 and FTs and played more than 29 minutes per game in a season.

One was a fella named Stu Douglass from Michigan in 2009-10. The other is Anthony Hickey this year.

• Is there anything more condescending than the non-Big Monday Monday game?

• I didn’t realize this but at one point Jeff Newberry had missed 12 straight 3s before closing with two makes in the second half. It felt like Ford was just rotating people into the 3-spot until somebody hit a 3-pointer.

• Speaking of that, OSU had 74 points from its starters on Monday and zero from its bench. Zero!

• How much money were you betting that Forte would take a long three in the last six minutes on Baylor’s zone? The correct answer should be “all of it.” 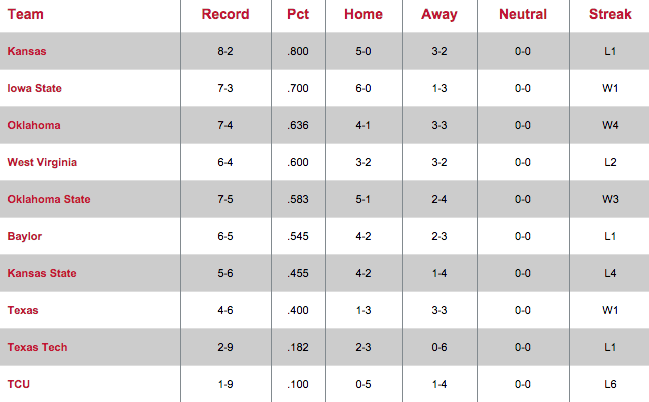 • They mentioned this on the broadcast and I didn’t believe it but it’s true. OSU shoots a higher percentage of 3s compared to overall field goals than any team in the Big 12 at 38.4 percent. Iowa State is second at 37.2 percent.

• I love Newberry — I have no idea if this is right but I called him Melvin Lite with a decent shot on Twitter on Monday. He’s always following up shots, cheating (wisely) for steals and just making smart plays. His defense has been paramount to OSU’s little run the last week.

• “Forte is good at driving to the hoop” is the new “Forte and Smart grew up together.”

• Baylor has NIT rings. Where are we at in society?

• I loved that the announcers freestyled on who should be on a Mt. Rushmore of college basketball coaches during an Oklahoma State game and didn’t mention Eddie Sutton.

• How much does Baylor hate schools named “OSU” right now?

• Am I the only one who’s tired of that Jennifer Garner commercial? I can’t be, can I?

• Solomon is going to take and make a 3 at some point and I hope it’s at home just so I can Vine an entire student section having a conniption.

• The last foul on Nash tonight was incredible. He literally raised his arm and got a foul called as Taurean Prince came flying into it.

• Cobbins has been pretty good on offense since I called him an average college basketball player a few weeks ago. Not great, but pretty good.

• People talk about how well OSU shot from 3 to start the second half but it was really just a progression to the mean. They went from 20 percent for the first half to 38 percent for the game which is slightly better than their 33 percent average.

• The color guy compared a Phil Forte jump stop in the lane to Isaiah Rider. My mortgage and savings account Phil Forte and Isaiah Rider have never been mentioned in the same sentence.

• The most impressive thing about tonight was OSU bouncing back, on the road, from the emotion of Saturday. I know I mentioned it at the top but man, I did not see that coming at all.

Next game: Saturday against TCU in Ft. Worth