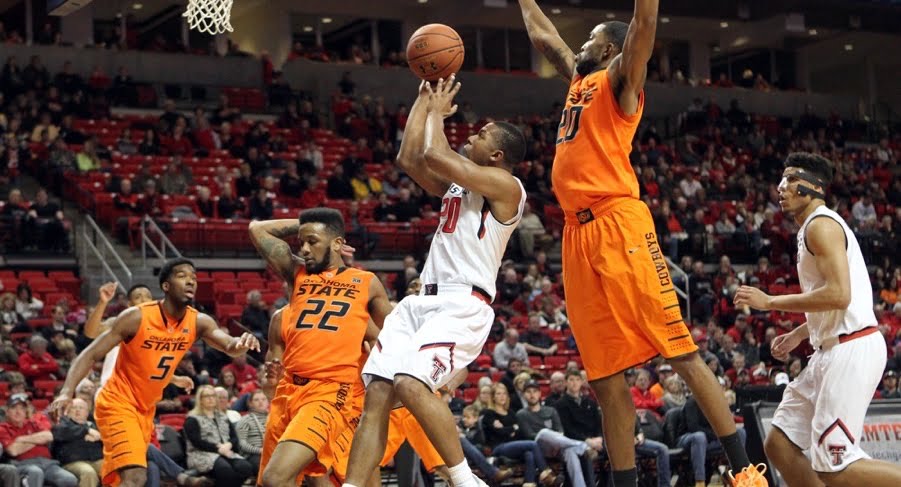 In the productivity book I just read I was introduced to something called Parkinson’s Law. It involves time and work but the principles, if stretched and massaged a bit, can pretty easily be applied to this Oklahoma State basketball team.

“Work expands so as to fill the time available for its completion.”

Basically, if you have three hours to complete a 90-minute task you will somehow figure out how to make it last three hours because you’re a human and you procrastinate.

If that is true, then the opposite of that will also be true. If you have one hour to complete a 90-minute task, you will figure out how to get it done.

You see the analogy here.

Kansas is the one-hour window, Texas Tech is the three hours, Oklahoma State is the task-completer and on Saturday they ran out of time in Lubbock.

Essentially, mediocrity expands to fill the capacity it is allowed against bad teams (this will be written on Travis Ford’s coaching tombstone in Stillwater, probably).

This is what happens when you allow a team that is far inferior to you (I guess?) to close the first half on a 11-0 run and lead 31-17 at the break.

That’s what happens when Phil Forte goes 0-4 and scores zero points but commits five fouls for just the fourth scoreless game of his college career.

That’s what happens when you give Travis Ford some slack in the rope.

I was wrong about Ford this year. I was warned by my friends and fellow OSU fans — do not trust this man with your optimism.

It's year 7. The players change, the results don't. #okstate

Ford has taken what was a feel-good story — a threatening squad strung together with scotch tape and baling wire — just two weeks ago and let the rest of the Big 12 take a Dan Beebe-sized crap all over it to the tune of four straight losses.

And to think, we were so close to a good ending in Lubbock!

It got four 3-pointers from Jeffrey Carroll (Clip gonna Clip…finally) including one to go up by two with 18 seconds left.

The dagger came from the fingertips of Devaugntah Williams just seconds later and you could see it coming from a mile away — mostly because of how flat Lubbock is.

Oklahoma State played with fire on Saturday in front of 120 people at the United Supermarkets Arena and got burned badly.

Now it finds itself playing for its NCAA Tournament life on Wednesday against TCU in Gallagher-Iba Arena.

And its fans find themselves no longer knowing what they’re rooting for.

More notes and thoughts on the game…

• Anthony Hickey not starting was pretty weird. It feels like that brings on more of a headache than it’s worth unless it was for disciplinary reasons.

• I noticed it seemed like Ford employed more of a hockey style of running lines in and out and also rested Forte more. He said he was going to do both and did. I approve even though it didn’t really help Forte.

• I thought for a while we were going to challenge that 21-14 halftime football score.

• Speaking of, OSU was down 14 at the half to a team that lost by 20 to a thing called Loyola Chicago two months ago.

• Number of games this season Tech had shot over 60 percent from 3 before today: 0. Btw, OSU has now lost three games in the last 10 days when shooting better than 40 percent from 3 after not losing any in the first four months of the season.

• At one point in the first half…

Texas Tech is 3 for 20 from the field so far and not losing. Wow.

• Do we really still need to talk about Nash’s HS career 124 games into his college career? How many people watching an OSU-Tech game on ESPNNews don’t know about Nash’s high school career?

Will the invitation to the NIT be sent to Travis Ford's house, or how does that work?

• I wonder how much of Carroll’s lack of production was simply a lack of confidence in his shot. You could almost physically see him gain steam as the game went on.

• It will be interesting to see what the point guard situation looks like this time last year. Griffin is pretty awesome, but is he good enough to be a starter on a Big 12 contender? Maybe…probably…but who backs him up? Will Jawun Evans be ready? Lots of questions.

• Norense Odianse is now 1/1 on 3-pointers this season after hitting that prayer right before the first half ended. Writing, wall, etc.

• This also made me laugh.

One of our coaches was just literally twiddling his thumbs on the bench. I feel you, coach. #okstate

• We out-rebounded somebody! Nevertheless, I looked up our rebounding margin among Big 12 teams and it is, uh, not good. 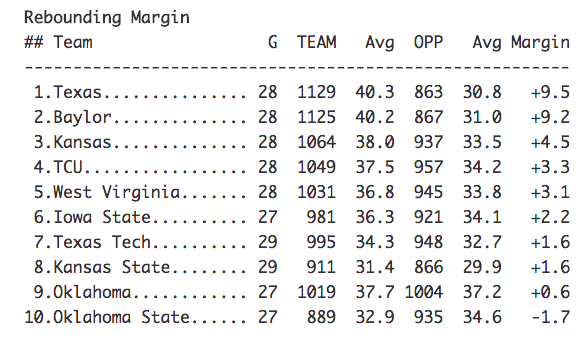 • Would be fun to know the actual number.

• The Forte thing…let’s talk about it. He looks lost. He’s driving and trying to run over dudes that are 6’9” 240 lbs. What is that? Where’s the tear drop? Where’s the pull up from 14 feet? Where’s the step back 3? What has happened?

• At least nobody went into the stands this year. That’s a win, right?

• Jeff Newberry had a nice 5-5-5 line. If OSU would have played eight OTs, he would have notched a triple-double.

• This was the 95th game of Phil Forte’s career and just his third non-garbage-time-only game without a point.

• Remember when Travis Ford being the Big 12 Coach of the Year was a thing??

• This killed me. I thought it was freaking hilarious.

Next game: Wednesday against TCU in GIA