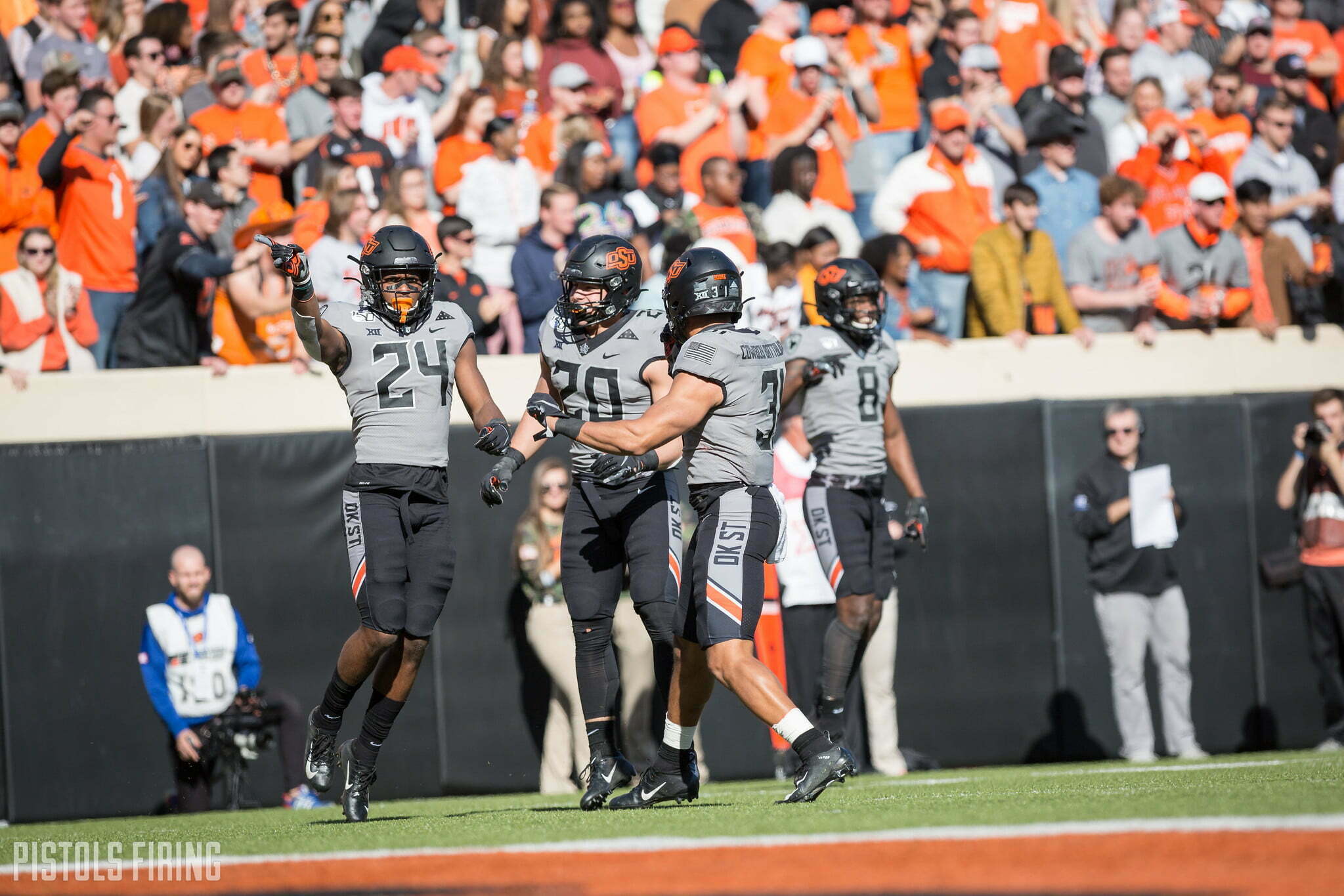 I … cannot believe I’m doing this, but let’s jump back into the coronavirus waters today. Three Oklahoma State athletes have officially tested positive for COVID-19. All three, according to OSU, are asymptomatic.

In no way is it a good thing for an individual to contract this virus, which has killed north of 100,000 human beings in this country over the last three months. A staggering number of people in such a short amount of time.

However, if we have decided to live adjacent to this virus in more aggressive ways (which it appears that we have), then three positive coronavirus tests off the top are actually a good sign for Oklahoma State as an institution.

1. Oklahoma State brought players in early for this very reason. As Adam Lunt pointed out, part of the reason for bringing players in two weeks before the expected voluntary workout start date of June 15 is so that you could test and quarantine appropriately. Because players are coming in from all over the country with little or no oversight on travel and time spent in various places, it was probable (inevitable?) that someone was (or multiple people were) going to test positive.

Again, this is not great for a variety of reasons, not the least of which is that individuals contracting the virus are exposed to levels of health risk that are very uncomfortable in a non-vaccine world. However, I also don’t believe it was unexpected and that part of the purpose of bringing players in early was to get everyone healthy before the work begins.

It’s important to point out that the players purportedly didn’t get the coronavirus after they returned to OSU but rather brought it to OSU. We can argue about the wisdom of jamming hundreds of players and thousands of fans together in tight quarters later on, but this is not that.

2. OSU’s system clearly works. This is the other reason positive tests are a good sign. I’ve been complimentary of the work OSU has put in over the last six weeks as it relates to planning for both keeping the virus at bay and what to do when it surfaces. If you can determine whether the system is both conclusive and sustainable early on, you have a greater chance for success (i.e. completing a season or a semester) later.

Again, this doesn’t necessarily mean I’m in favor of trying to return in big ways generally. While it does seem that the numbers are waning, there is (and should be) concern over the virus’ return later in 2020. If you aren’t sobered by the death of 1,500 people a day for two straight months, then I don’t really know what to tell you.

I understand the arguments, though. It makes sense to try and return to some sort of normal as the virus starts to fade at least a little bit. Whether that means college sports should return and the stands at Boone Pickens Stadium should be full, I … I don’t know. I definitely want it to mean that because I want to cover football and basketball and I want this website to thrive in meaningful ways and I, like you, crave normalcy. But I don’t know that it should mean that.

On a personal level, I have struggled with what’s wise for months. Should I be at the grocery store right now even with a mask on? Should I let my kids go into the gas station? Should I be seeing friends who I know have been quarantining? Should I invest in a hazmat suit? I don’t know! I want to know and I don’t!

The only decisions I can make, though, are individual ones or decisions for my own organization. I don’t get to control what others decide to do. And if the decision is to return to some sort of normal (and I think nationally, most organizations and people are headed more in that direction than we have been at any point over the last three months) then OSU is doing it the right way, with loads of testing and contingency plans for every situation.

I’m hopeful that the return of our lives in both the sports and non-sports world is not the cause of another 100,000 deaths and also fearful that it could be. However, in this specific situation, I don’t think three positive tests for Oklahoma State — if the decision broadly is to move forward — means that that decision was wrong. If anything, it just means that the system is working.