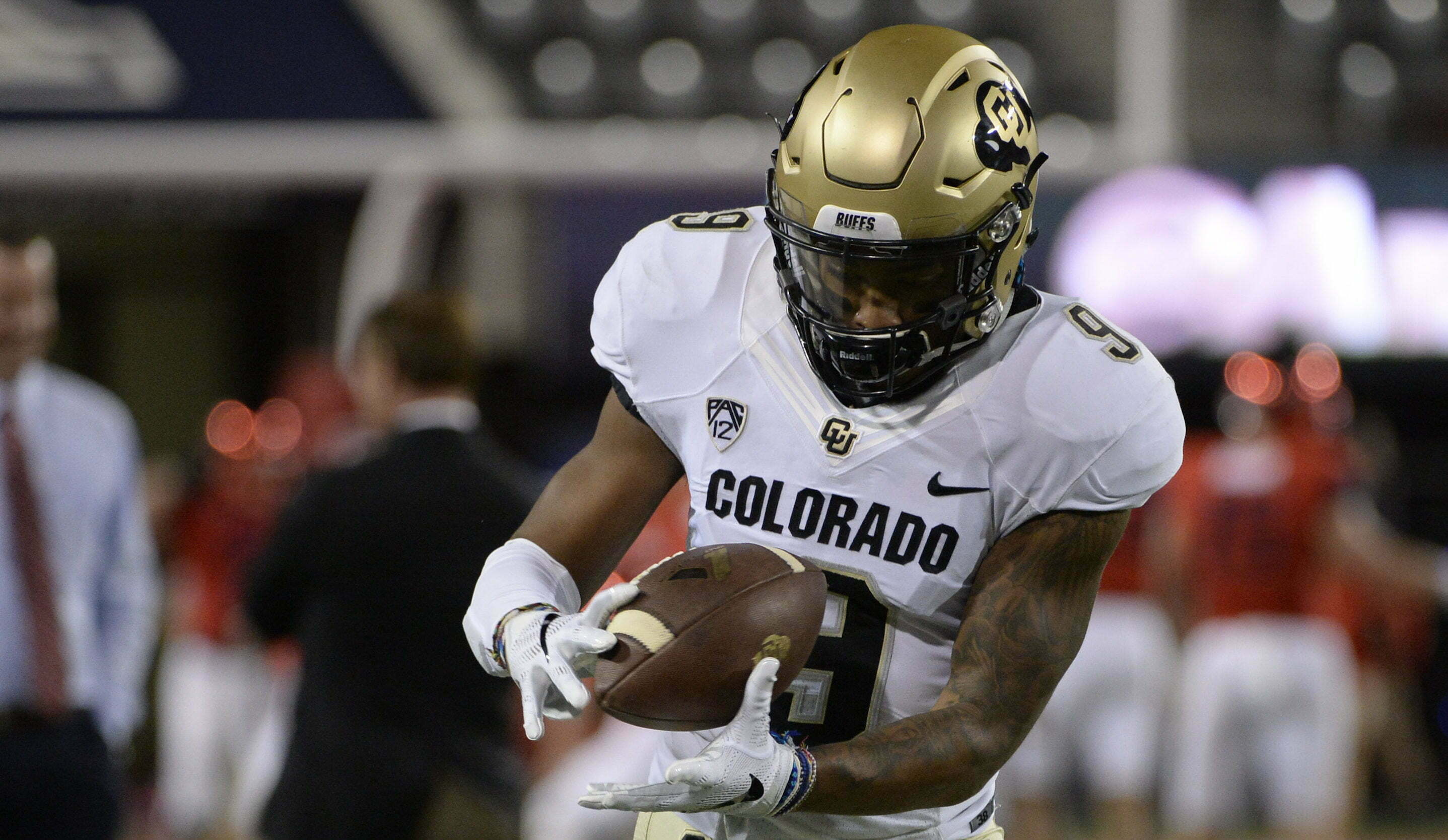 The last time we saw Colorado, Brandon Weeden was emerging from the shadows and the Cowboys stole one on a Thursday night in Stillwater. Let’s take a look at what the Pokes are up against seven years later.

Mason Rudolph, after announcing he’s returning  for his senior year, will look to redeem himself after some recent struggles against TCU and OU; playing in a dome will surely help. Generous helpings of Washington/Seales/McCleskey will surely be the greatest challenge the CU defense has seen to date and should be fascinating.

In the other corner will be the a secondary loaded with senior all-PAC 12 level players (three on 1st or 2nd team). “This is the best back end that we’ve faced all year…It’s difficult to find a a way to attack,” said head coach Mike Gundy earlier in the week.

Voted the 14th-best Pac-12 player by ESPN, shutdown corner Chidobe Awuzie can man cover and blitz off the edge:

Safety Tedric Thompson has a knack for big plays and leads the PAC-12 in interceptions with seven (also leading the nation in passes defended with 22):

And opposite Awuzie is senior Ahkello Witherspoon, second nationally only to Thompson in pass break ups with 21:

For the Cowboys, going into games you just knew the best defensive back was going to be on Washington while Seales and McCleskey feasted on lesser talented match ups. No. 2 will need to come out dealing this week with a strong backside secondary guarding the pair, something he’s more than capable of doing.

Headed up by a 1,000 yard rusher and a dual-threat quarterback, the ground game is what makes the CU offense tick. Terrific stuff from Thomas Fleming highlighting what they do best here and the pair will be a handful for the Cowboy run defense. Cowboy legacy Phillip Lindsay is Colorado’s first 1,000-yard rusher since 2010 (and we thought it had been a while since we saw someone pass 1k) and he’s a solid mix of speed and toughness that’s hard for secondary players to bring down.

Freshman All-American Tim Lynott is a load as a run blocker, guard Gerrad Kough was named All-Pac 12 midseason by ESPN and left tackle Jeromy Irwin has been an all-conference performer, talent abounds up front for the Buffs. When Colorado wins the ground battle consistently, it pulls an extra defender into the box and opens up the deeper passes for Sefo Liufau. The only problem with that plan is the Cowboys have a defensive tackle that gets such great penetration…. This should be a really fun battle to watch:

“Special teams may be Colorado’s biggest vulnerability” said former Colorado Buffalo head coach Gary Barnett talking with an Oklahoma radio show this week. And while that doesn’t sound like a huge deal, a couple of ugly special teams plays (to go with an injured starting quarterback at times) are what stands between the Buffs and a win in the Big House over Jim Harbaugh’s Michigan Wolverines:

Bless his heart, there’s not much film to be found of the incident but the Colorado punter drilled a teammate from behind with a low-flying punt that certainly didn’t help matters.

Teasing out the numbers, most interesting are the return opportunities the Cowboys will have in the bowl game. The Cowboys rank second in the nation at covering opponent’s punt returns; the Buffs are 118th. When you think about how Sinor masterfully pins teams deep, regularly flipping the field and giving the defense the best chance to get a stop. CU struggles mightily at this, most likely due to the rugby-style punter that kicks line drives with less hang time. Similar numbers are true for opponent kickoff returns (OSU is no. 12 vs Colorado at no. 126).

After losing their starting kicker early in the year, it’s a timeshare at kicker where Chris Graham (71.4% on field goals, 8 of 10 PATs) is the main guy doing longer field goals and kickoffs. Graham was the savior in the Stanford game when he hit his first field goal on the third try (woof), not exactly a strong point of the offense. At one point this year, punter Alex Kinney tried to boot one through (currently 0-1 on the season).

Lost in the wash of a Bedlam we can’t forget soon enough was likely Barry J.’s best game of the year with a tremendous punt return before halftime:

Vincent Taylor blocks more extra points than anyone and “Junior” looks to be primed for a game worthy of his glorious tackle shedding genes. Don’t be surprised if the Cowboys dominate this phase of the game.