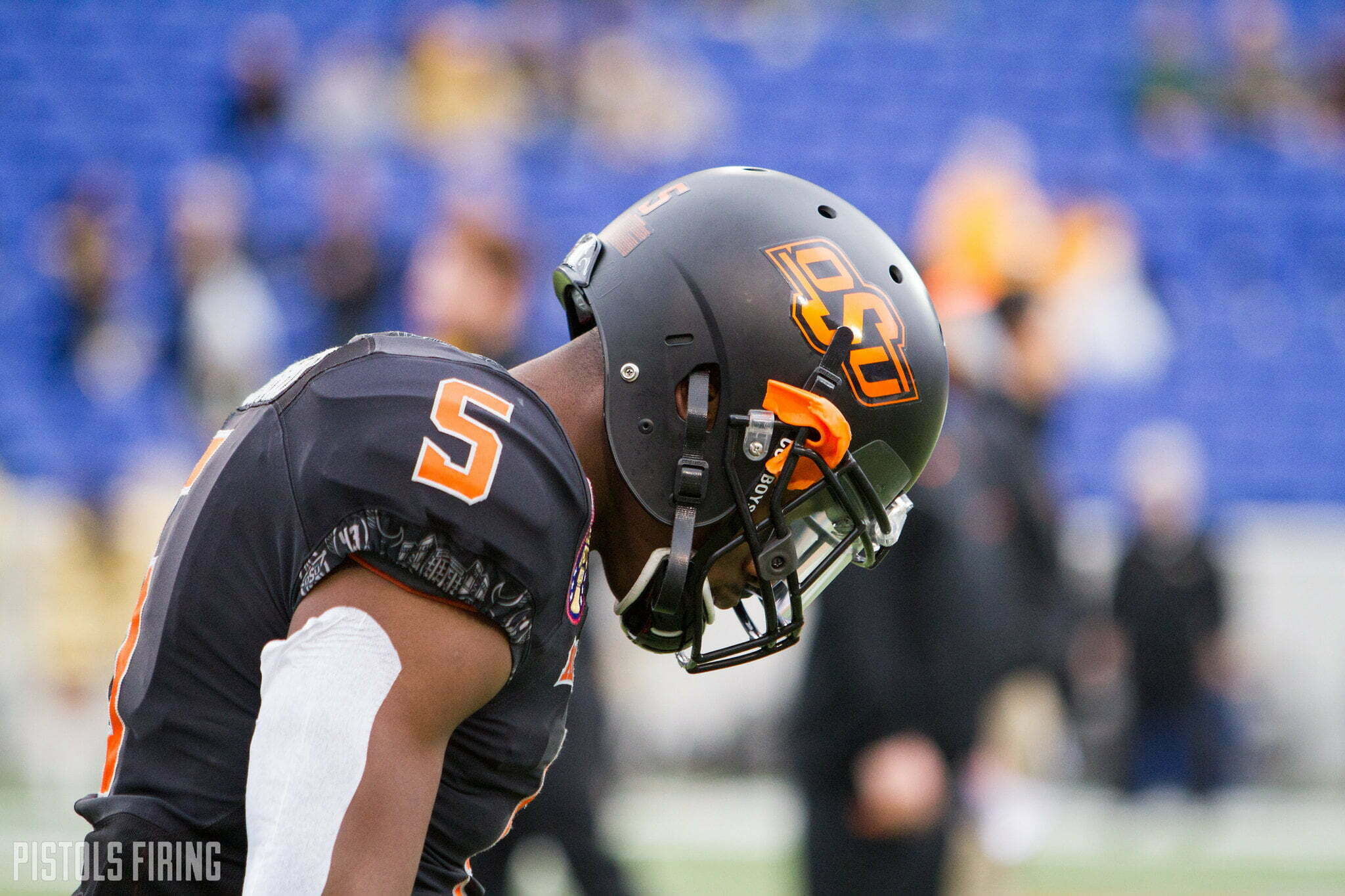 That’s how many days separate us from the doldrums of the offseason and start of Oklahoma State’s football season.

Between now and then, Oklahoma State must address a number of questions. Who will start at quarterback? Which non-Chuba running back will tote the rock most? Where should Tylan plan to store his Biletnikoff Award?

Outside of the unending questions surrounding the quarterback battle, here are three I feel are most pressing as we gear up for the stretch run of fall camp.

1. Which outside receiver has the best season?

Strictly based on talent, former Tulsa Union star C.J. Moore, who redshirted last season and burst onto the scene with a giant spring, might be the leader in the clubhouse. But the vibe two weeks ago when we talked to receivers coach Kasey Dunn is that Moore — while dynamic and an undeniable star-in-the-making — may first take a backseat to graduate transfer Jordan McCray.

If Moore-McCray wasn’t already a stiff-enough competition for the outside spot, there’s more. After missing last year with a torn ACL, Patrick McKaufman is vying for time, too. And how in the world are you going to keep a 6-foot-6 McKaufman off the field? Good luck!

This is me every single time I look at the returning depth along the defensive line this season:

OSU didn’t just lose Jordan Brailford, its best pass-rusher since Emmanuel Ogbah. It also lost Trey Carter, Jarrell Owens, Enoch Smith, Cole Walterscheid and Darrion Daniels. That is a lot of outgoing talent. And while OSU has recruited well at the DE and DT spots, it’s hard to envision how OSU isn’t anything but worse up front defensively this season.

The good news is that transfer additions should help. Israel Antwine is a true sophomore from Colorado expected to start. Sione Asi is a junior college transfer who could be in the rotation. And Kyle Junior, a grad transfer from Bowling Green, should provide quality depth. They’ll enhance a young-but-talented defensive line that should be led by Brendon Evers, Mike Scott, Tyler Lacy and Brock Martin.

3. Can this team be more disciplined than the last?

Kyle Porter recently tried to tackle the un-tackleable (in-tackleable?) question: can you change a disciplinary culture in one year?

His conclusion was more or less the shrug emoji — who the heck knows?! — which is why it’s such a pressing topic now and all the way into the start of Game 1.

OSU was miserable as a team last year when it came to discipline. Every other kickoff was an auto-out-of-bounds, Calvin Bundage roughed the passer just by looking at the opposing team’s quarterback, penalties added up and compounded the mistakes of an average team. But Mike Gundy is hell-bent on changing that that.