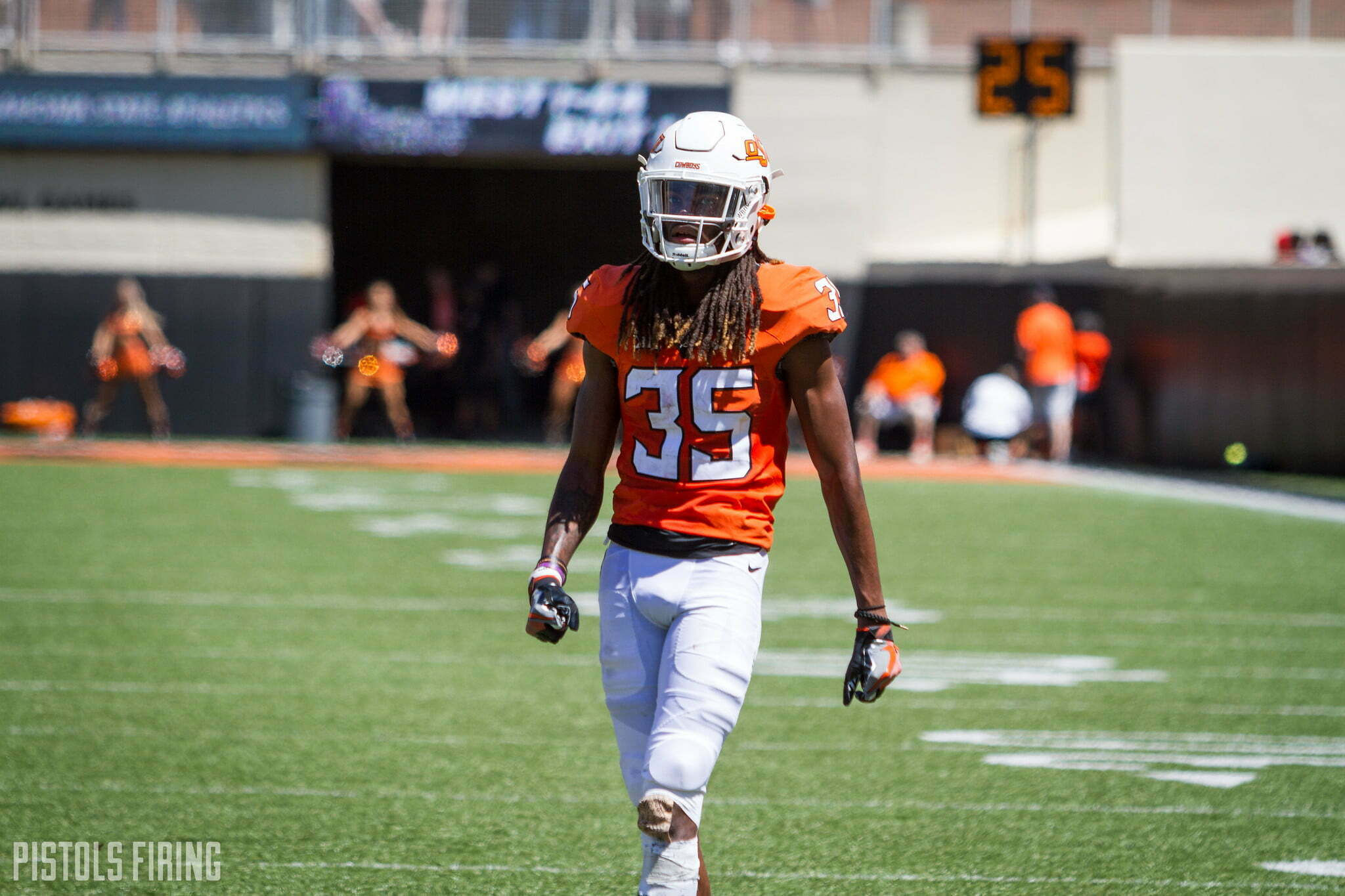 Maybe your presumption going into this season is that C.J. Moore was going to make the leap from redshirt freshman to starting spot on OSU’s new-look (but same high-octane) offense. I know that’s what my presumption was.

But on Monday, OSU receivers coach Kasey Dunn more or less said that C.J., at least for right now, is not the guy. A guy? Sure. And maybe even one of the main guys at some point this season. But going into the 2019 slate, not the guy.

“I think at some point C.J. is going to be dynamic at OSU, but obviously we didn’t think it was right now,” said Dunn as my head spun a bit.

Jordan is Jordan McCray of South Alabama, who transferred in and will play his final season as a collegiate athlete in Stillwater, USA. Dunn noted throughout that he doesn’t totally know what’s going to happen, but the way he talked made it seem like either Patrick McKaufman or McCray will be the opening day starter. Probably.

“We needed to make sure we had an insurance policy,” added Dunn.

He’s actually got a couple. Between the 6’6″ McKaufman and the 6’5″ McCray, Moore doesn’t have to be elite in his second year for OSU to again be potent on offense. And while he might be elite — Dunn often talked as if he would be elite — it doesn’t seem like that time is going to be 2019 for Moore. Not quite yet. Still, he’s gained weight, learned what it means to be a college athlete and improved in ways you want to see him improve.

“Probably his route-running,” Dunn said when asked where Moore has improved the most. “He’s a good route-runner to begin with … it’s just a matter of consistency for him. One day it can be phenomenal, and you think he’s going to be the next great one so I know that that thing is coming because you see it in certain practices, but you don’t see it every day. That’s why we needed to go get another guy.”

The development of Moore is going to be fascinating. Although OSU’s last two great wideouts — Tylan Wallace and James Washington — both played as true freshmen, the one before them did not. Justin Blackmon redshirted his freshman year, caught 20 passes his second and then obliterated everything he looked at starting in Year 3. The same could be true of Moore.

“C.J. is quicker [than the other guys at the X receiver spot],” said Dunn. “C.J. has a smaller guy’s movement to his body even though he’s really long.”

It was interesting to talk to Dunn about his second-highest ranked recruit ever (behind Tylan). It’s clear that he sees the thing he’s seen in so many great ones. But it’s also clear that Moore needs to mature (mah-toor) into whatever he’s eventually going to be. The good news here is that there are plenty of options while he does that. And if the coming out part is anything like the one 81 had back in 2009, the results will be worth the wait.