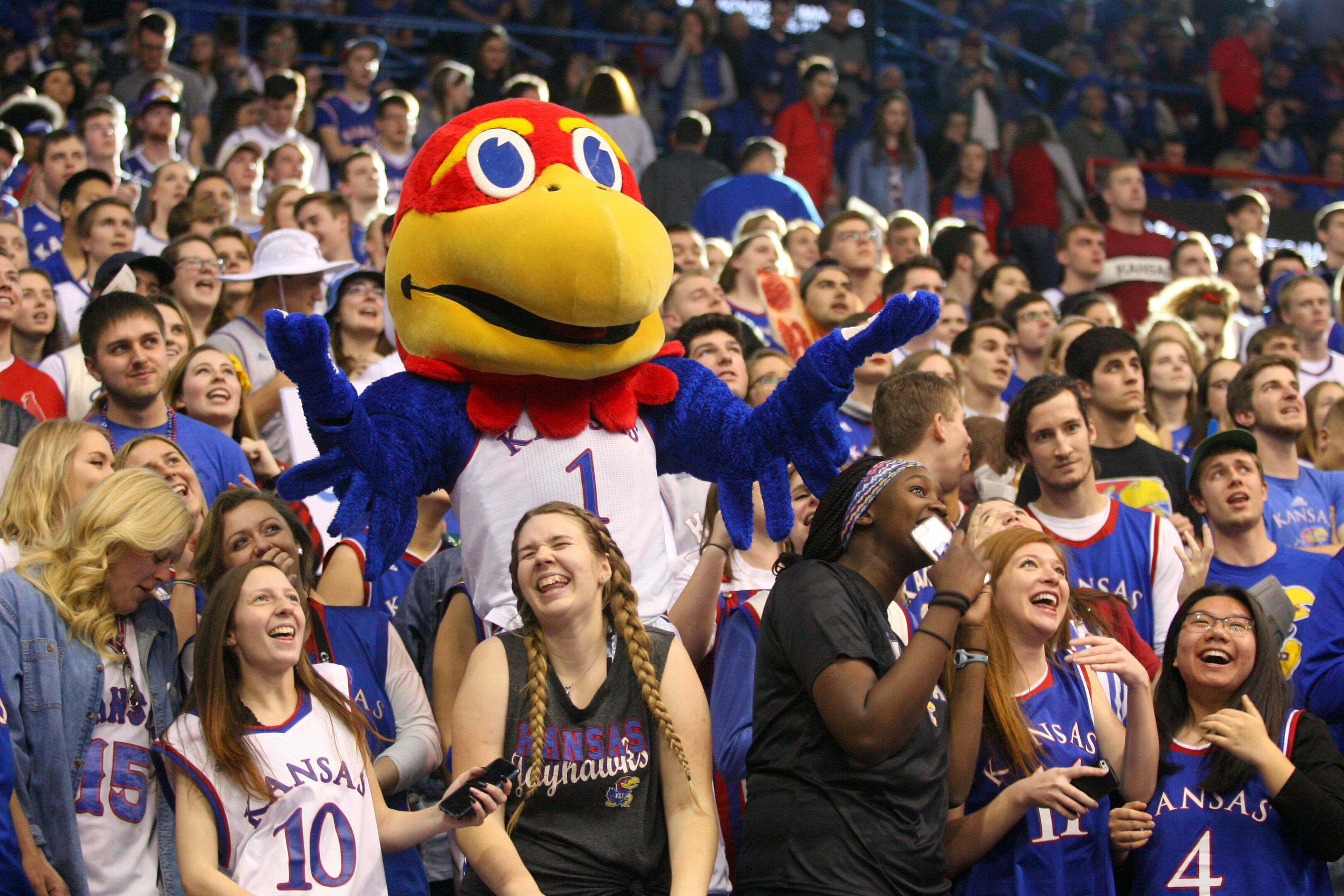 This Saturday the Cowboys head to Lawrence, Kansas to face Bill Self and the Kansas Jayhawks.

OU may be the rival in in football, but when it comes to basketball, there’s no team fans get more excited to face than Kansas. And while many teams claim to have a “rivalry” with the Jayhawks in basketball, the Cowboys are one of only two teams that can tout four wins in the series since the new-look Big 12 formed.

It’s always good to get a insider’s take on the opponent. Joining me this week is Joshua Brisco, who covers the Jayhawks as host of (Almost) Entirely Sports on ESPN Kansas City, and co-owner of Jayhawk Nation and Rock Chalk Blog.

You can listen to the full interview at the bottom of this page. As always, I apologize for my inadequacies as an interviewer, and if I sound funny, I have the flu. I don’t think you can contract the flu through an audio recording, but … still, listen at your own risk.

Phillip Slavin: Kansas had a few unusual home losses to start the year. Have they fixed the problems or is it something they’ve been masking?

Joshua Brisco: That’s an interesting way to phrase it actually because I think you could argue a little bit of both. They didn’t get any taller. They added Silvo De Sousa who was transferring in around semester, ended up getting put in a couple games ago. It’s not that they’ve fixed the weaknesses that they had, that were exploited earlier on in the season. I

do think that they’ve gotten much better at dealing with them. They’ve gotten some more aggressiveness from Svia Mykhailiuk and from Malik Newman. They weren’t as aggressive earlier in the season. (Udoka) Asubuike has been playing very well recently. So I would say, they’ve learned … similar to what they did last year — not quite as well as they did last year — they’ve been able to adjust to the style of play they have to have for this season with a really small team, but its certainly gotten much better.

PS: OSU has made a habit during Big 12 play of giving up career highs to some opposing player almost every game. Which player for Kansas could be that guy on Saturday?

JB: I’ll say… I’ll narrow it down to three and then I’ll try to convince myself of one of them. Devonte’ Graham certainly has an ability to just pour in points. He hasn’t been as effective recently as he was earlier in the season. He was the only option, which is a little odd.

I guess, the two guys i would be most interested in would be Malik Newman or Svia Mykailiuk. Newman because he doesn’t have quite the ceiling to bust through. We’ve seen him be really aggressive recently as one of the only guys to be physically capable of playing a little bit bigger.

Especially in conference play this year he has been so much more aggressive, especially when the team has needed that so badly. So my official will be Svia Mykailiuk, but Devonte’ Graham and Malik Newman both are other guys that could be in that conversation.

You look at Asubuike, he’s going to be as successful as everybody else around him. Mix in… Lagerald Vick has been real quiet during all of conference play — I’m making sure I cover all of my bases here.

PS: Other than height, what would be Kansas’ other weakness?

JB: It’s always going to be keeping up with other big men. You look at Asubuike, if he gets into foul trouble early on, then you’re going to start seeing some of Kansas’ flaws. Mitch Lightfoot has actually played a couple of really nice games recently. Which has been a really surprising development. No accidental shade to Mitch Lightfoot, but… he doesn’t need to see the floor for a dozen minutes a night.

And Silvio De Sousa is not ready. He might be a real contributor to this team next year. Maybe he does something useful in March. But realistically it’s the big men and if Asubuike gets into foul trouble early and Oklahoma State can keep it close, that’s exploitable. As far as all the guards though, all of the guards can do everything you’ve heard they can do.

Getting to the basket can be a challenge but Mykailiuk and especially Malik Newman have helped that out a lot. Even though Devonte’ Graham’s been a little quiet, he’s going to be able to do that whenever needed. So I think Kansas is going to have enough of strength to handle Oklahoma State. But if there’s a place where Oklahoma State can make this really interesting it’s going to be Asubuike getting into some early foul trouble and maybe making them shoot some free throws as well.

The full audio is available below. We also discuss where this year’s coaching job by Bill Self ranks among previous years, who “could” end Kansas’ Big 12 title streak this year, and his prediction for the game, among other things.