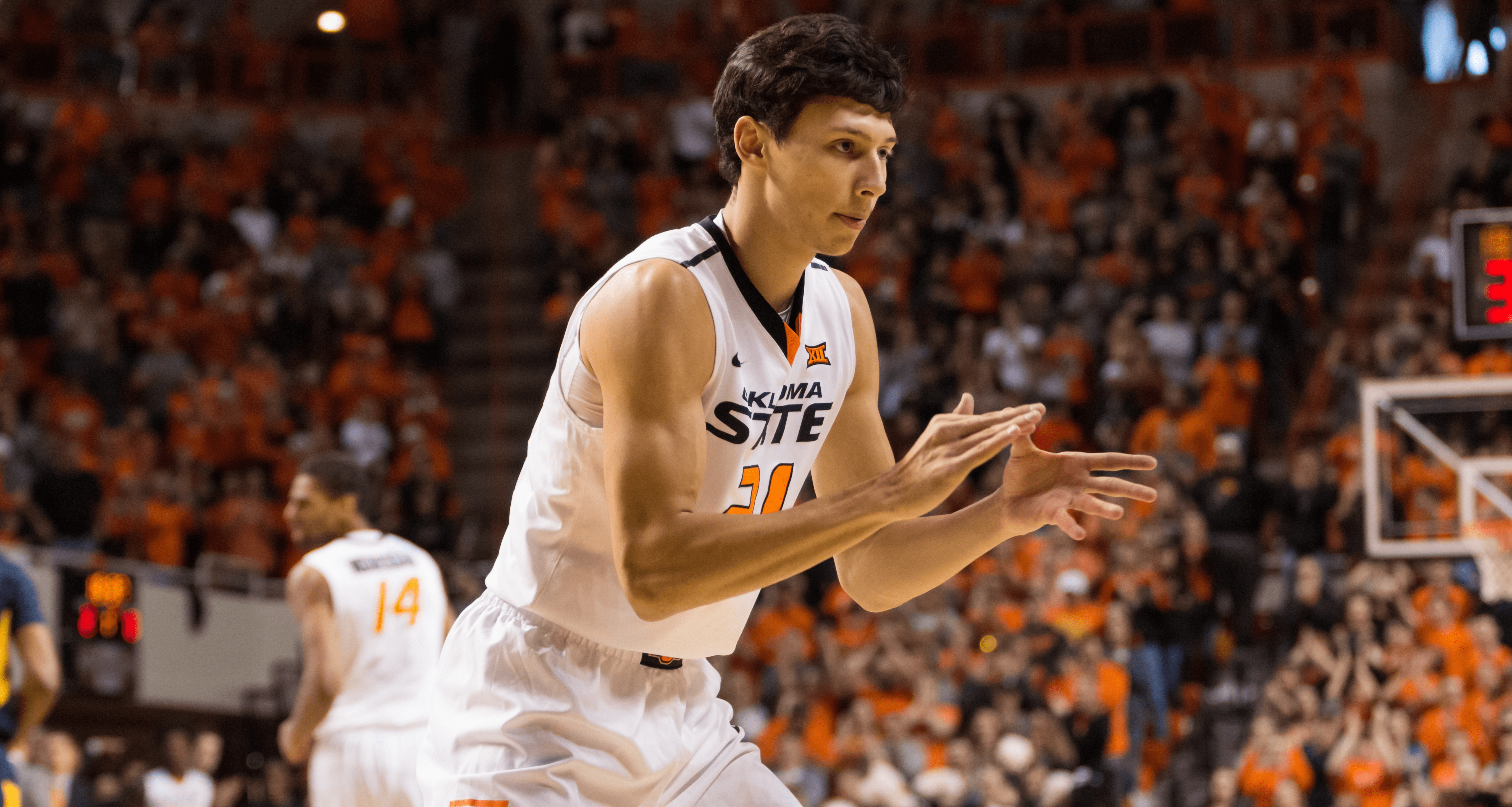 Welcome to the 2017 Big 12 conference slate, where you take a breather from playing on the road at sold out, top-ranked Baylor to take on Iowa State and Kansas. After coming within a Crime Dog McGriff free throw from tying up the de facto No. 1 team in the country late in the game, we load up for a couple of humdingers this week.

Here are three things to watch as OSU takes on Iowa State (home on Wednesday) and Kansas (Lawrence on Saturday).

In complete agreement with Kyle Cox here, we’ve been outmatched on the front line. After seeing twin towers for a couple of games (Johnathan Motley/Jo Lual-Acuil of Baylor and Jarrett Allen/James Banks of Texas), the Pokes should be able to see through the lane a bit clearer this week. Iowa State often sports a four-guard lineup and KU had an unfortunate injury to a 7’0″, 280-pound McDonald’s All-American in December and this will surely impact the Cowboys style of play.

After early foul trouble, Jawun Evans was off against Baylor (2 of 12 shooting) and seeing skilled 7-footers doesn’t help the style of a guy who can beat anybody off the dribble. Leyton Hammonds shot 4 for 18 on the road trip, getting some more points from him will be helpful. After getting 12 shots blocked over the last couple of games, the Cowboys will enjoy some uninterrupted air space next week.

No Lindy Waters for #OKState tonight. Sore neck, hurt in practice. Didn't make the trip to Austin. Jeffrey Carroll will start in his place.

After starting 12 of 13 games, OSU hopes to get Lindy Waters back at the small forward spot for some instant offense. Carroll played incredibly well against Baylor/Texas (bar the doors if Jeffrey Carroll, Phil Forte, Dizzy and Evans are all on the same night) but with Tavarius Shine and now Waters out, being down a pair of small forwards is tough.

Getting his 7 points and 46.5 percent shooting back on the floor will only help, as getting him or Carroll off the bench will be a nice injection of offense back for the Cowboys scrapping to win tight games.

“If they keep competing like that, we’re going to win some games” -Coach Underwood after the Baylor game.

Call it a hangover or mailing it in, the Pokes didn’t look like themselves against an underwhelming Texas team. But aggression/edginess were apparent in Waco Saturday night and it was really fun to watch. Holding Baylor to 25 in the first half without Jawun for most of it was really impressive (BU’s 2nd lowest total in a half on the season). Forte was lit (5 of 7 on Saturday) and Carroll has been thriving in the starting lineup.

Here’s to hoping that a few nights in their own beds will lead to some better nights for Jawun and better free throw shooting-and that elusive first conference win.

Wednesday Night in GIA against the Iowa State Cyclones (8 p.m. on ESPNU): A showdown of top point guards is in line and some top-tier guard play is at hand.

Saturday at the Phog against the Kansas Jayhawks (1 p.m. on ESPN2): Where many enter and few win and lottery picks hang out for 10 months.