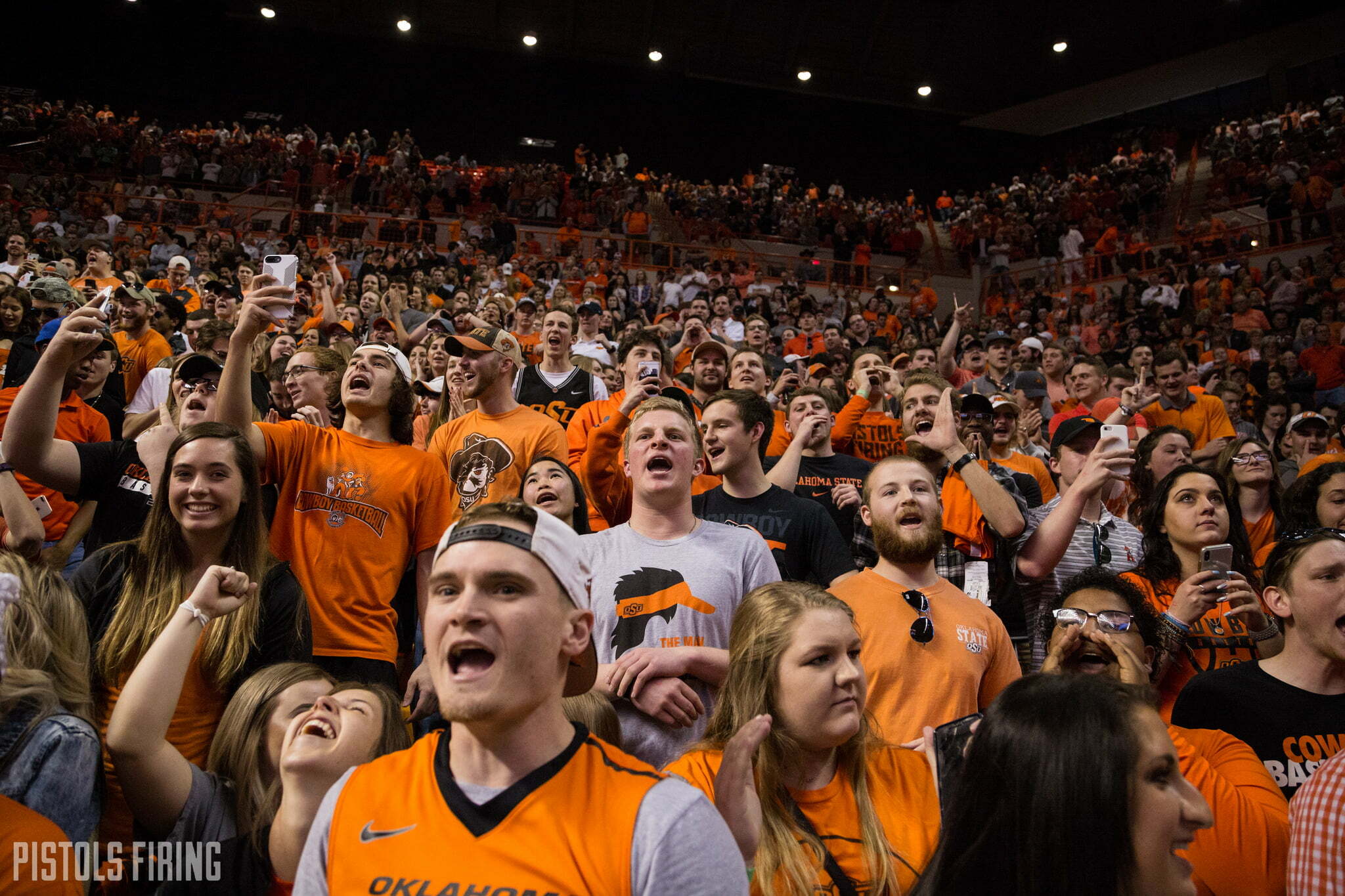 It’s not too often 10-18 college basketball teams have important games, but that’s what it’s shaping up to look like for the Cowboys on Saturday.

Oklahoma State hosts Kansas at 11 a.m. in a game that’s never short of drama. The past 12 meetings give a slight 7-5 edge to Kansas, but in those meetings OSU has been ranked only once and Kansas has been in the top 10 in all but one game.

This year’s game isn’t a huge deal in the scheme of the season, but the scope of this game could impact OSU basketball for years to come.

“From what I hear, we’re gonna have a really good turnout,” Boynton said. “I don’t know the exact number of what that is, but it’s good for us. It’s an important weekend for our program now. It’s important for the future of our program.

“We’ve got a lot of people here that, although we’ve been struggling, still believe in what we’re doing and how we’re doing it.”

Here are three reasons OSU fans need to be wild in Gallagher-Iba Arena on Saturday.

The chicken or the egg?

The two headliners are five-star 2020 big man Isaiah Todd and 2019 four star Christian Brown, who are both on official visits, and a deafening GIA is an experience both are sure to remember.

Has this season’s product been great? No, but rather than complaining about it, OSU fans have a shot Saturday to actively help the problem.

This group has been through it this season.

A walk-on who wasn’t on the team at the start of 2019 played the final 12 minutes of a Big 12 road game that went into overtime. Two freshmen have started in all 28 of OSU’s games this season. The team’s lone senior, grad transfer Mike Cunningham, left, and three other players were dismissed. The Cowboys active roster has seven scholarship players and six walk-ons — seven freshmen and six juniors.

This hasn’t been the ideal season for OSU hoops, but these also aren’t the ideal circumstances.

The past five times Kansas has come to Stillwater, it’s been an unranked OSU squad against Top-10 Jayhawks. The Cowboys won four of those meetings.

Sure, the Cowboys are down this year, but the Jayhawks aren’t their usual selves either. KU is 10-5 in Big 12 play this season, a loss is Stillwater would all but end the Jayhawks’ 14-year reign over the conference. KU is without Udoka Azuike because of injury. The Jayhawks don’t have Silvio De Sousa, who is serving an NCAA suspension, and they haven’t had Lagerald Vick in nearly a month after he took a leave for personal reasons.

All that was to say, this game, though maybe not likely, is winnable for the Cowboys. The Pokes lost by 12 in Lawerence earlier in the year, but the game was tied at the half.

If Kansas is ever going to not win the Big 12, this is the year, and OSU and a raucous GIA could deliver the final blow.