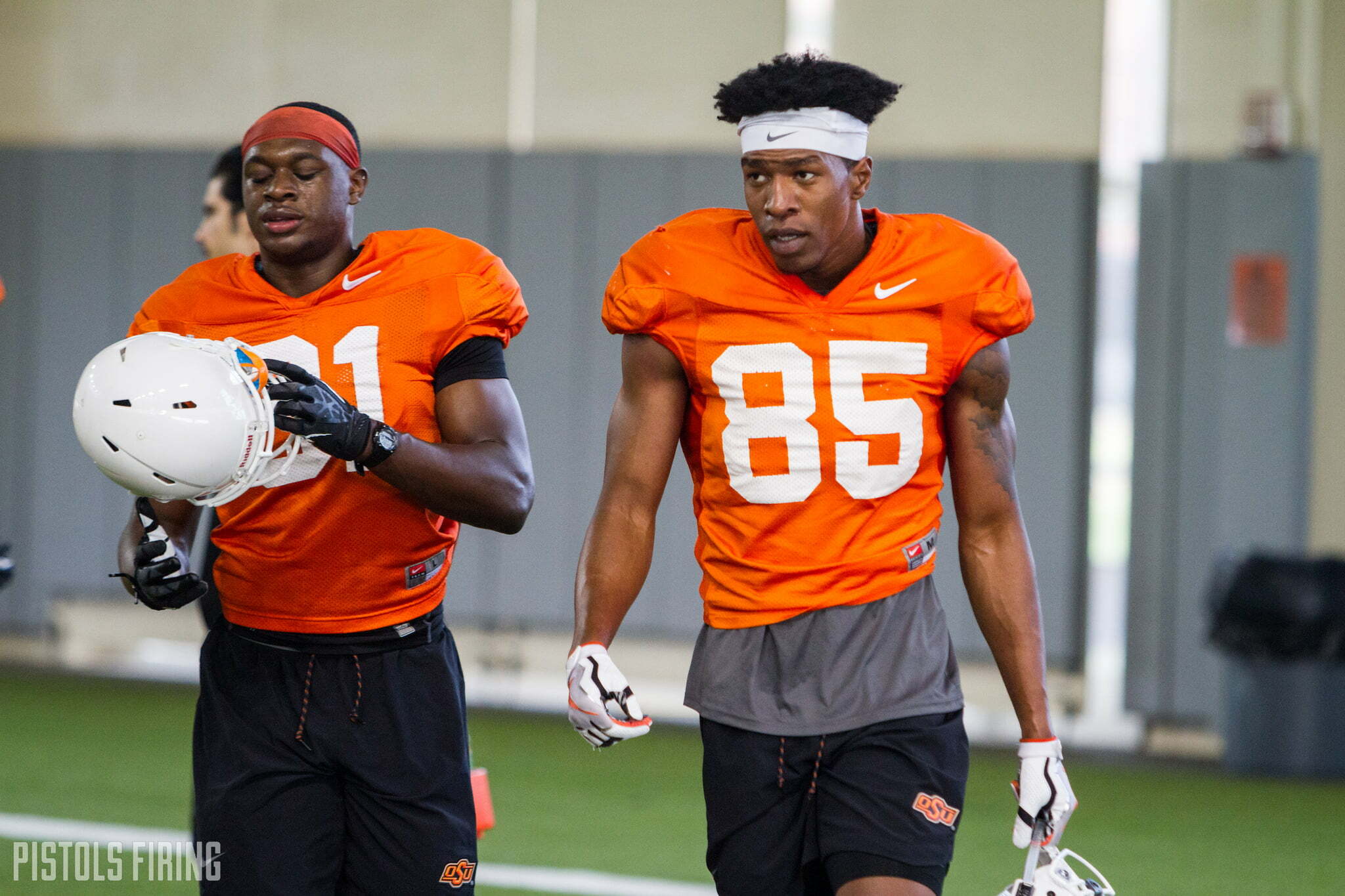 Tyron Johnson, OSU’s talented and polarizing wideout, announced on Monday that he would forego his final year at Oklahoma State and declare for the NFL Draft.

While the move is somewhat surprising given the lack of eye-popping numbers over his two seasons (1,138 receiving yards and 11 total scores), Johnson is plenty talented and should get a chance to show it on Sundays.

But where does this leave OSU?

The Cowboys still have plenty of talent in their receiving corps starting with Tylan Wallace, who will look to follow up on his Biletnikoff finalist campaign. Landon Wolf had a breakout sophomore season and he and Dillon Stoner should hold down the slot position. But who will be that deep-ball, home run threat to line up opposite Wallace? Does OSU have that WR1A to replace Tyron?

Here are three names I think you should keep an eye out for who might be able to fill that ?-sized void.

The statuesque NEO transfer and former Douglass High School (Oklahoma) standout QB, was slated to compete for reps in a talent-deep receiver pool last year before a torn ACL sidelined him for his would-be redshirt sophomore season. If granted the expected medical hardship waiver, McKaufman would have three remaining years to make plays at OSU, but I think he gets started in 2019.

At 6-6 and over 200 pounds, McKaufman is a matchup nightmare for EVERYONE and he’s got the skills/speed to wreak havoc on opposing defenses. With another year in the system (despite the OC change), he should be ready to compete immediately for a starter’s reps.

The true freshman finally saw the field during Oklahoma State’s Liberty Bowl win over Missouri but did not draw a target. The speedy and skilled receiver from Tulsa Union High School, doesn’t run or move like his 6-foot-5 frame might predict. He has high-level ball skills and glides across the field for someone with his gait, but he came in at a gaunt 175 pounds making his 2018 redshirt designation a no-brainer.

But if Moore can develop his body over the offseason and during the summer, look for the former four-star talent to compete for touches on the outside. With his combined size, athletic agility and soft hands, Moore has the highest upside of any on this list, and maybe any receiver on the roster. The question is whether we see him realize that in Year 2.

As a redshirt freshman in 2018, Johnson saw spot duty on offense and paid his dues on the special teams unit, but the athletic receiver should be primed for a breakout sophomore season. After soaking in plenty of the playbook during his first two years in OSU’s system, I’m excited to see Johnson display that one skill that you can’t teach — speed.

Dillon Stoner recently called Johnson “probably the fastest guy on the team,” a certain Canadian tailback notwithstanding, which jives with what Mike Gundy said about him after he signed in 2017.

“Braydon Johnson can fly,” Gundy said. “I doubt that he’ll run less than 4.4 or 4.5 once he’s been here a year. He allows us to take the top off the defense which is what we want to do anyway.”

If even a sliver of that hype is real, be sure that OSU’s coaching staff will do what it can to get him on the field and get the ball in his hands.