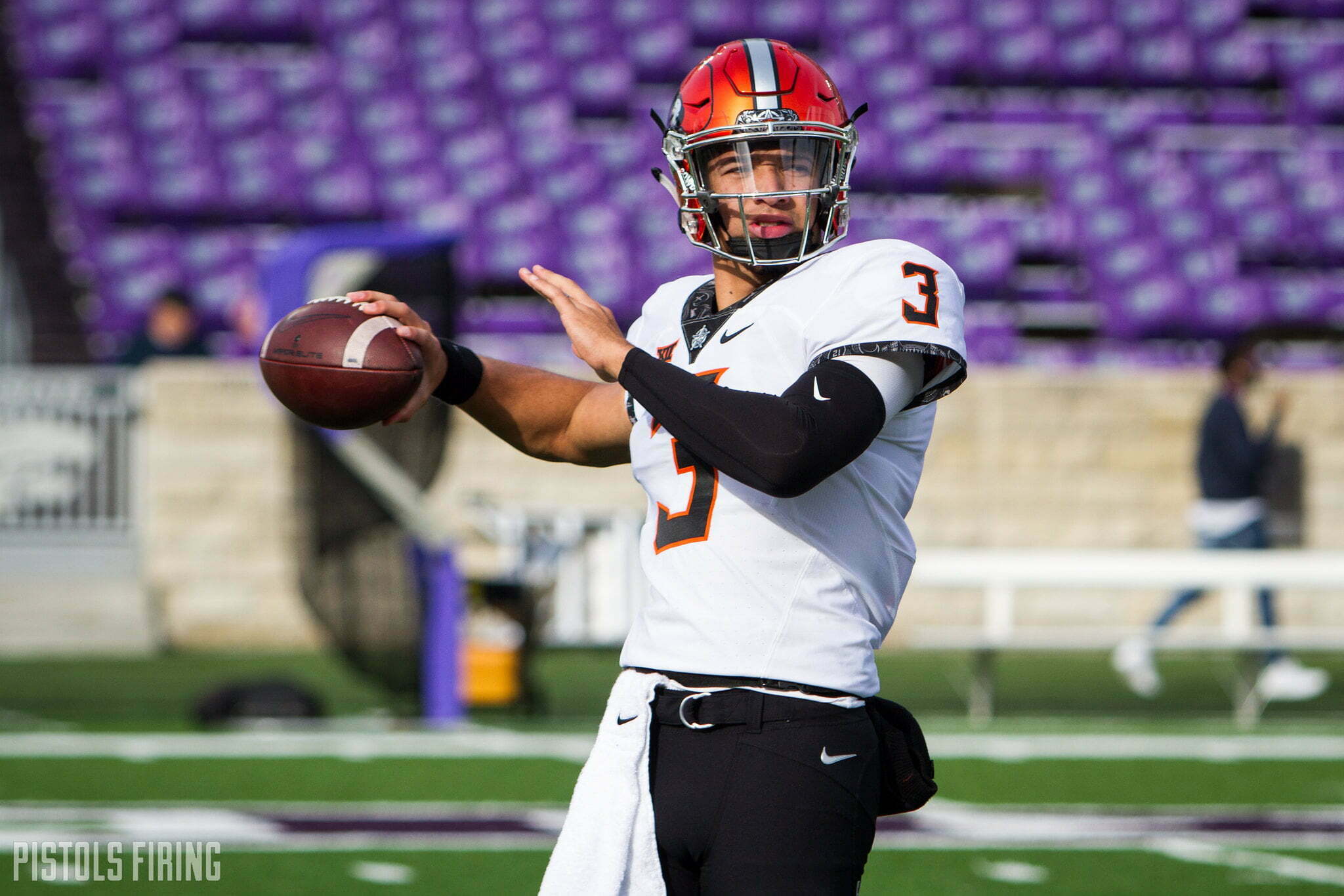 The wheel that is the Oklahoma State athletics calendar just keeps rolling.

With baseball/golf/softball over, all eyes look to the main attraction that is college football. New faces are an exciting part of all college sports, but incoming freshmen’s impacts aren’t always felt right away. Here are three redshirt freshmen set to make their first impact in orange and black this fall.

Across the past 10 years, OSU’s passing leaders from every season have averaged 3,363 yards.

If Sanders is able to win OSU’s QB1 battle against Dru Brown and get around that 10-year average, it would make for a solid freshman season for the former Gatorade Player of the Year. The last time a freshman led OSU in passing was when Donovan Woods did so in 2004, and before that it was Aso Pogi in 2000 (that means no freshman has ever led the Cowboys in passing yards under Mike Gundy).

Here is a look at every season a freshman led the Cowboys in passing yards:

The Cowboys’ offense has changed quite a bit since Les Miles’ days in town and especially since Bob Fenimore’s freshman season, so (if Sanders turns out to be QB1) this would likely be the greatest season in OSU history for a freshman quarterback.

After coming to Stillwater undersized, Moore showed his potential at the Cowboys’ open spring practice. A full summer with strength and conditioning coach Rob Glass will only add weight to Moore’s 6-foot-5 frame, and the skill it takes to play receiver in the Big 12 looks to already be there.

#OKState WR C.J. Moore (@daddydimes35) had a huge showing in the final practice of OSU's spring ball. Caught everything thrown his way. pic.twitter.com/oR0UKsuvhB

Whoever is slinging balls around Lewis Field this fall will have an embarrassment of riches as targets, obviously starting with Biletnikoff finalist Tylan Wallace. With that said, the time teams spend on trying to defend Wallace, Dillon Stoner, Landon Wolf and Jelani Woods could leave Moore in a deadly amount of single coverage. If the spring practice showed anything, it’s that Moore can handle single coverage.

Bryce Bray played in Waco this past season before taking his redshirt, but he could be starting in the trenches this year.

It looks like it’ll be either Bray or redshirt junior Dylan Galloway starting at left tackle this fall. Bray’s physicality seems to fall in line with new offensive line coach Charlie Dickey’s philosophy, but Bray is untested to the point on the college level.

He’s definitely physical, though. Here are eight minutes of Bray finishing guys as a junior at Bixby High School.